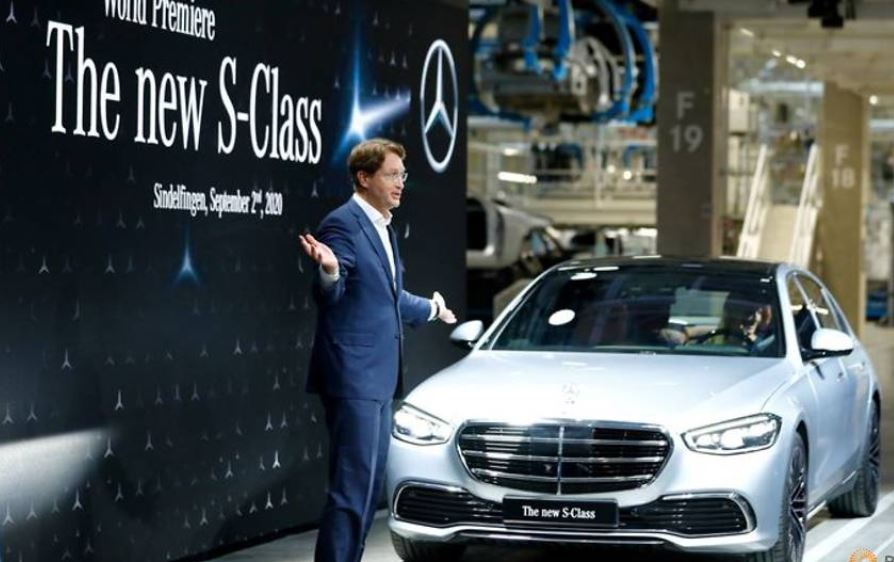 Daimler AG expects significant improvements in sales and operating profit in 2021 and will make up for lost production caused by a semiconductor chip shortage by the end of the year, the German carmaker said on Thursday.

The outlook sent shares in the maker of Mercedes-Benz cars up 2.5per cent in early trading.

Bottlenecks causing a shortage of semiconductor chips will hurt its sales mostly in the first quarter, Daimler said. Much of the auto industry has struggled to maintain production levels because of the chip shortage.

The automaker also confirmed its preliminary financial results for 2020 and said economic conditions in it key markets should continue to return to normal and that it expected no further setbacks as a result of the coronavirus pandemic.

Like its rivals, Daimler is racing to bring more electrified models to market to meet tightening CO2 emissions standards in Europe and China.

Chief Executive Ola Källenius said during a video conference on the carmaker's results that sales of electric vehicles in 2021 could double as a percentage of Daimler's overall sales.

Sales of plug-in hybrids and fully-electric vehicles made up 7.4per cent of Mercedes-Benz car sales in 2020, up from 2per cent in 2019.

Thanks to cost savings and a faster-than-expected recovery in the auto sector, Daimler said last month that its group earnings before interest and taxes (EBIT) for 2020 came to 6.60 billion euros (US$7.95 billion).

Daimler said this month it planned to spin off Daimler Truck, the world's largest truck and bus maker, as it seeks to increase its investor appeal as a focused electric, luxury car business.

Daimler ended 2020 with adjusted free cash flow of 9.2 billion euros versus 2.7 billion a year earlier and its net liquidity improved to 17.9 billion euros from 11 billion.

Plant shutdowns in the first half of 2020 to slow the spread of the coronavirus led many in the industry to expect a disastrous year, but a market rebound spurred by China helped much of the industry recover far more quickly than expected.

Like its German rivals BMW and Volkswagen AG, Daimler benefited from Chinese consumers snapping up high-margin luxury vehicles, helping out premium brands like Mercedes-Benz and Audi during 2020.

Mercedes-Benz sales jumped more than 22per cent in China in the fourth quarter and 11.7per cent in 2020 despite the pandemic, hitting record sales of 770,000 vehicles.

Daimler said it expects group revenue and operating profit for 2021 to rise more than 7.5per cent, with an adjusted margin from its Mercedes cars and van business of between 8per cent and 10per cent.