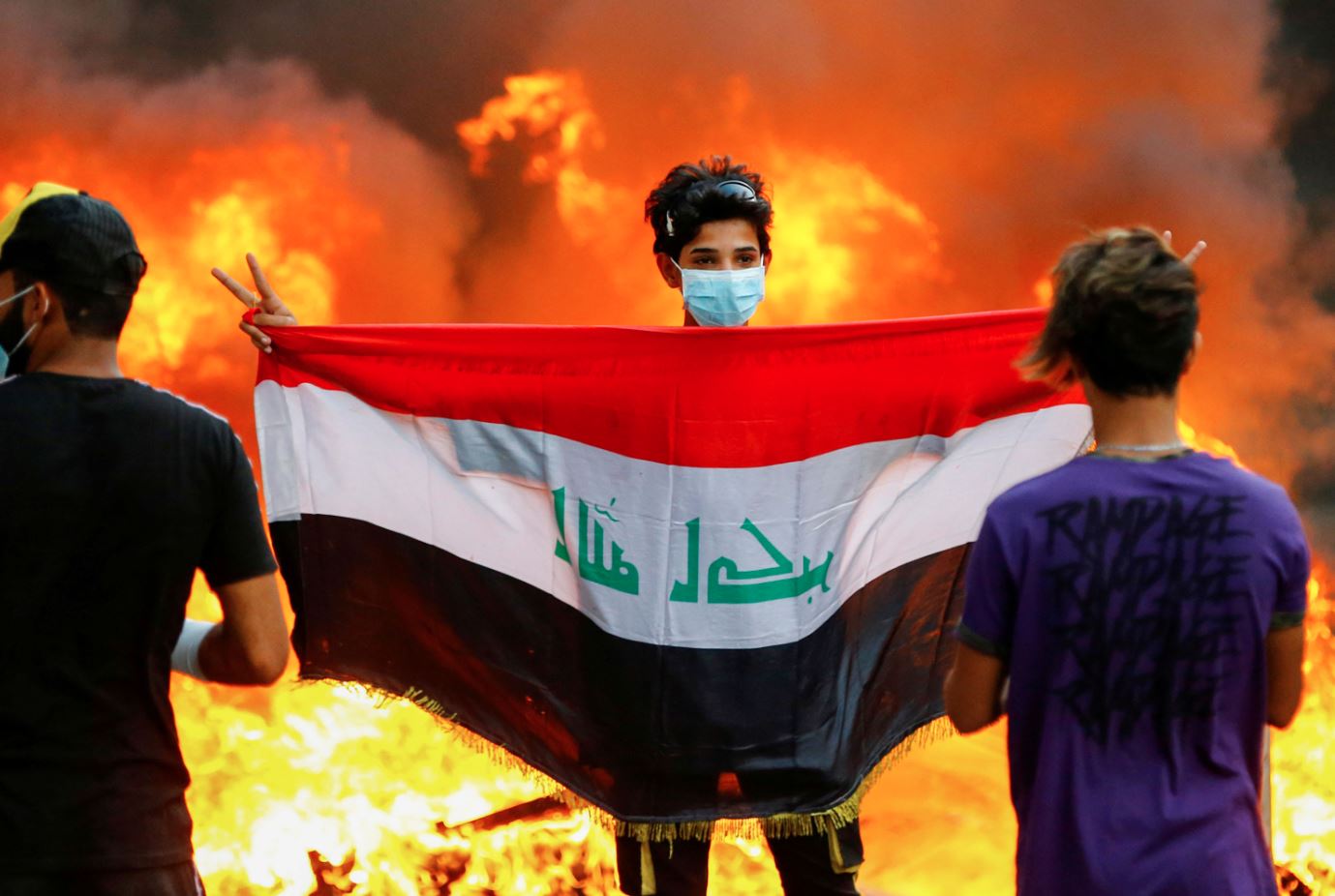 The Iraqi uprising is not going to stop

The Iraqi revolution has not only calmed down after two months but also has made its goal clearer and moves towards it. Although cutting off the Iranian regime's hand was not very apparent at the beginning of the uprising, it seems to be the sole aim of this revolution today, and its only foe is the Iranian regime.

The Iraqi uprising has passed through two very fundamental and essential points.

According to the reports, at numerous meetings dated Saturday, November 9, attended by major Iraqi groups and parties, Iraqi political parties agreed about continuing the government of Adil Abdul-Mahdi. These parties agreed on the necessity of reforms and ending the protests at the same time.

Qasem Soleimani, the commander of the Quds Force of the Islamic Revolutionary Guard Corps, attended the meetings and negotiated with Ayatollah Sistani's son and Muqtada al-Sadr and gained their support for Abdul-Mahdi's government. According to the same reports, after receiving these supports, Iraqi political parties concluded that the current government must put an end to the protests by any means. On the same day, Mr. Sistani's office issued a statement: "Iraq's religious authority has not been a party or a partner in any agreement to support the current government and quell the protests."

However, with the announcement of the "agreement," it seemed that the regime had been able to unite the various parties and groups affiliated with him behind the current government through Qasem Soleimani, to defeat the uprising. But the protestors, while leaving many dead and wounded, did not leave the field and confronted the security forces and eventually succeeded in pushing back them and taking the initiative.

A page has turned in the Iraqi uprising book

Following the failure to suppress and overthrow of the table set by the regime with the leadership of Qasem Soleimani, a meeting was held Sunday night (November 10) at the home of Barham Salih, the president, and Prime Minister Adil Abdul-Mahdi and Iraqi Parliament Head, Mohamed al-Halbousi, all of whom announced their opposition to ending the protests through repression. Then the train of political upheavals slipped on another track.

Subsequently, Special Representative of the Secretary-General for the United Nations Assistance Mission, Jeanine Hennis, met with Ayatollah Sistani in Najaf. After the meeting, Hennis said Mr. Sistani supports radical reforms in Iraq. Insisting that Iraqi governors are not serious about change, Sistani said that demonstrators would not leave the streets until their demands are met.

Wednesday and Thursday, November 27 and 28, was a turning point in the Iraqi uprising; On Wednesday night, the Najaf people seized the regime's consulate in the city and fired it up. The regime's consulate in the holy city of Najaf and the center of Shia's millennium authority was a symbol of the influence and occupation of Iraq by Iran's religious fascism under the cover of Shiite religion. Shiite followers in Iraq constitute the majority, and the Mullahs' regime claims to be the guardian of all Shiites in the world, especially Shiites in Iraq. The Iranian regime had exerted its influence in the area covered by the Shiite axis of resistance.

Puppet government's oppressive forces opened fire and killed 28 people, but they failed to prevent the invasion of the people who were determined to overthrow the occupation symbol of their country by the mullahs' regime, and eventually did their will. According to the French newspaper of Le Monde, the attack on the Iranian consulate is a turning point in the cutting off the mullahs and the Quds Force's hand in Iraq. And this is also a great victory for the anti-fundamentalist front, the Iran and Lebanon people.

At the same time as Najaf, there was a full-scale war between the protesters and the repressive forces, mainly commanded by the Mullahs' regime and the Quds Force of the Revolutionary Guards in Nasiriyah (another Shiite Iraqi city). The rebel youths overthrew suppressive troops led by Lieutenant General Jamil Shamari and took control of the town at the expense of 40 martyrs and more than three hundred wounded. According to some observers, it was after the failure of the consulate keeping that the Iranian regime carried out the massacre in Nasiriyah. After the killing of Nasiriyah, the Iraqi Prime Minister dismissed Lieutenant General Jamil Shamari, and it was considered as a victory for the uprising of the Iraqi people.

The question is, can we observe a close correlation clearly between what has been going on in Iran and Iraq in recent days in the rebel cities of these two countries. Some Western analysts have outlined the events taking place in Iran, Iraq, and Lebanon as a single battle against an only enemy, and the uprisings in the three countries have described the formation of a front against the Islamic fundamentalism of the Iranian regime.

Doesn't Khamenei's (Iran's Supreme Leader) remarks at the meeting with the Basij militia (on December 27) confirm this from another perspective? While he attributed the uprising of the people in Iran, Iraq, and Lebanon to arrogant conceit, as usual, said: "Basij in Iran or other instances in some countries are more susceptible to the domination system than others. As it is opposed to Hashd al-Sha'abi in Iraq and Hezbollah in Lebanon. "