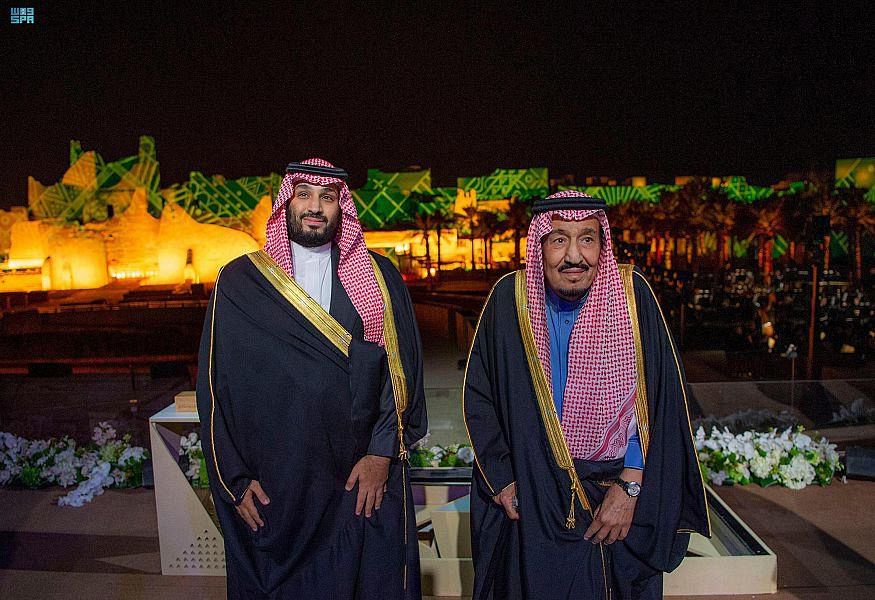 The Kingdom of Saudi Arabia tomorrow, Thursday, September 23, 2021, will celebrate the 91st National Day, after the historical announcement of the late King Abdulaziz bin Abdulrahman Al Saud of Saudi Arabia’s unification under "There is no god but Allah; Muhammad is the Messenger of Allah" banner. This historical announcement came after struggle, wars and efforts lasted for thirty-two years, during which he laid the foundations of this dear country based on the teachings of Holy Quran and Prophetic Sunnah.

All Saudi people recall this glorious day when they become proud of their nationality under the Saudi government that made developing and empowering Saudi citizens its first goal to rise among the peoples of the world with pride and honor, witnessing this occasion in light of huge development projects that highlight the Kingdom’s progress and advancement.

On the occasion of the Kingdom’s National Day, it is a must to highlight some of the features of the late King Abdulaziz bin Abdulrahman Al-Faisal Al Saud’s personality; the founder of the great homeland, the Kingdom of Saudi Arabia, and the inspiring leader.

The personality of King Abdulaziz has fascinated many intellectuals and historians in the world, including Chinese historian Professor Yang Yan Hong, who said about him: “King Abdulaziz was one of the geniuses who provided great services to their nations and homelands with their tremendous and tireless efforts, and they influenced the development and progress of human societies towards the desired goal.” 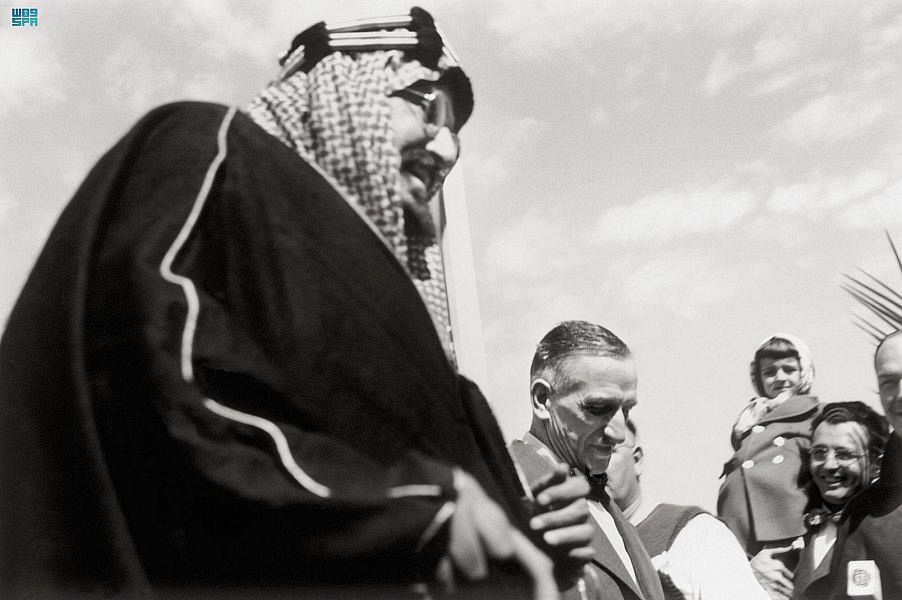 Austrian Dr. Von Diesel, who visited the Kingdom in 1926, described King Abdulaziz as a genius, citing the saying: "If you know that Ibn Saud succeeded in creating an empire whose area exceeded the total areas of Germany, France and Italy together, after he was a leader who led only a number of men and with their help he was able to restore Riyadh, the capital of his ancestors, you have no doubt that this man who does this has the right to be called a genius.”

During his rule, the government under his directives started building the country’s infrastructure. It worked on establishing schools and hospitals, building villages, rehabilitating the soil, and exploring irrigation water in order to support agriculture. In line with the desire to advance the country, oil exploration operations began in 1933 in some lands of the Kingdom.

King Abdulaziz paid attention to the external affairs as much as the one he paid the internal affairs. He dealt with all countries of the world with high-level diplomacy, taking into account the independence of the Kingdom in its opinion and choosing the nature of its relations with all countries, without prejudice to its religious, civilizational and cultural status.

He followed the approach of transparency in dealing with issues of concern to his nation. All events to this day have proven his correct vision and correct approach regarding his words and deeds. 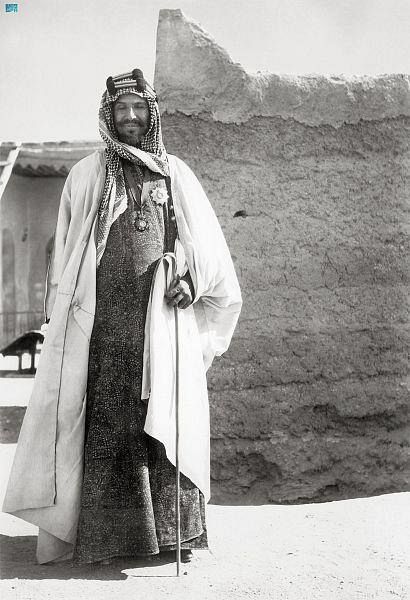 King Abdulaziz passed away after he established a national approach that his sons followed after him to complete establishing security and peace.

King Saud bin Abdulaziz Al Saud was the first son to follow that approach and work within its framework until the features of progress emerged and the structures of a number of basic institutions and agencies in the country were completed.

In the era of the pioneer of Islamic solidarity, King Faisal bin Abdulaziz Al Saud, who succeeded King Saud, Saudi Arabia made more accomplishments, and during his reign, the Kingdom of Saudi Arabia began the implementation of the ambitious five-year plans for development.

As for the reign of King Khalid bin Abdulaziz Al Saud, the reign was distinguished by further work for the sake of growth to serve the country and citizens in particular and Islam and Muslims in general. The development plans also connected with each other for the sake of achieving more prosperity and stability.

Under King Fahd bin Abdulaziz Al Saud, who adopted the title Custodian of the Two Holy Mosques, Saudi Arabia continued its tremendous socioeconomic development and emerged as a leading political and economic force. The achievements during the reign of King Fahd were characterized by comprehensiveness and integration to form a comprehensive development process for building a nation and a wise and unique leadership that embodied many qualities that he had, the most prominent of which was his adherence to the holy Quran and prophetic Sunnah, and his dedication to serving his homeland, citizens, the Islamic nation and the entire humankind. 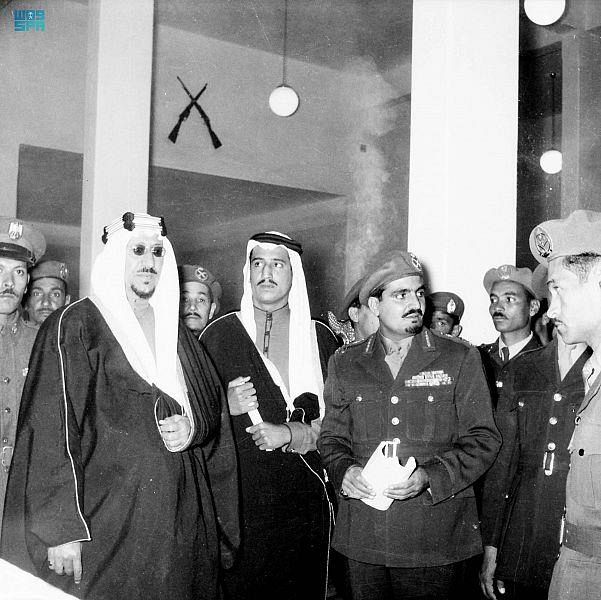 During the era of the Custodian of the Two Holy Mosques King Abdullah bin Abdulaziz Al Saud, the Kingdom of Saudi Arabia witnessed more giant developmental achievements throughout the nation in various sectors, including education, health, transportation, industry, electricity, water, agriculture and the economy.

Today, the Kingdom of Saudi Arabia and its people witness a distinguished present, looking forward to a more distinguished future full of confidence in the title of the stage, the Custodian of the Two Holy Mosques King Salman bin Abdulaziz Al Saud, who has been making, since the beginning of his reign, an effort to advance Saudi Arabia. The Custodian of the Two Holy Mosques’ activities varied, covering fields at regional and international levels, preceded by accomplishments at various stages during his reign in many positions.

Today, the occasion of the Saudi National Day returns and we live in a bright reality established by the founder, the late King Abdulaziz Al Saud.

On different occasions of the Kingdom of Saudi Arabia, King Abdulaziz Foundation for Research and Archives (Darah) presents the documentary film about the unification of the Kingdom of Saudi Arabia by the founder King Abdulaziz, which has been translated into several languages through its website www.darah.org.sa and its account on “YouTube” and “Facebook”. 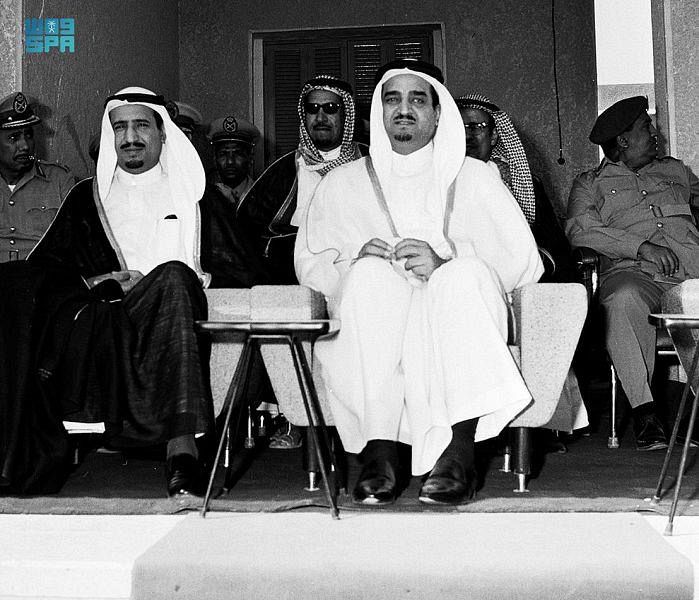