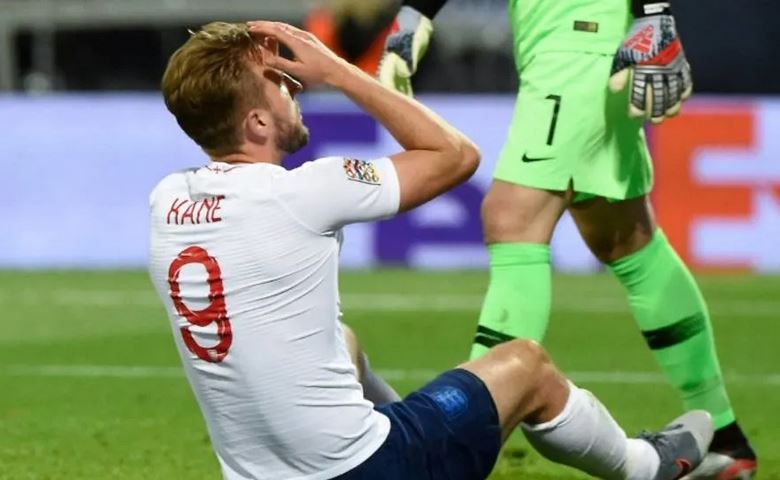 England's long wait to win a first trophy since 1966 goes on after a 3-1 defeat against The Netherlands. (Photo: AFP/MIGUEL RIOPA)
PORTO, Portugal - AFP

Familiar failings leave England with work to do before Euro 2020

A year on from a World Cup semi-final defeat, England were taught the same lesson in the last four of the Nations League as a technically superior opponent in the Netherlands came from behind to fully earn their place in the final with a 3-1 victory.

Much has been made of England's development in the 12 months since crumbling to Croatia in Moscow after Luka Modric took control of the game.

England beat Croatia and Spain to reach another semi-final and even more exciting talent has been added to one of the youngest squads on show in Russia. Jadon Sancho (19), Declan Rice (20) and Ben Chilwell (22) all started against the Dutch.

Yet, again England's lack of a midfield conductor was exposed. Modric emptied the tank in Russia to crown a glorious career by winning the Ballon d'Or, even if Croatia fell short against France in the World Cup final.

In Guimaraes on Thursday (Jun 6), Frenkie de Jong showed why he is destined to be a world star for a decade to come and why Barcelona paid 75 million euros (US$84 million) for his services next season in January, even before he helped inspire Ajax's run to the semi-finals of the Champions League.

Southgate decided against starting any of the seven players in his squad involved in Madrid with Harry Kane and Jordan Henderson left on the bench.

Come next summer at Euro 2020, England will be better prepared to end a long wait since 1966 to win a trophy with the semi-finals and final at Wembley.

"At the moment against some of the best teams we have not been able to get over the line in two semi-finals. We just have to keep working and adapting."

That evolution, though, means keeping the same philosophy to build from the back, even if it did cause England's downfall on Thursday.

For both the Netherlands' goals in extra-time, John Stones and Ross Barkley gave away possession needlessly on the edge of their own box.

"I'm asking them to play in a way that puts them under huge pressure at the back," added Southgate. "If we didn't play that way, we wouldn't get to the semi-finals we have got to and we would never progress to be a top team.

"That's the way I believe they can play and should play. We didn't lose because of the way we play.

"The errors were uncharacteristic, not errors we would make. It wasn't risk, it was just poor execution and fatigue."

Yet, the lack of match sharpness shown by Stones and Barkley demonstrates that despite English clubs' domination of European football this season, there is still a long way for Southgate and the national team to go.

Stones was starting his first game since April 20 having been deemed surplus to requirements for Manchester City's run-in to the Premier League title by Pep Guardiola.

Barkley too was not a regular starter for Chelsea this season, but has been an England mainstay over the past year.

"The key is that we have over the last two years tried to get the best performances from the players we have," said Southgate. "We've improved enormously as a team."

That improvement has to continue if the Three Lions are to break through the glass ceiling of semi-finals on home soil next summer.