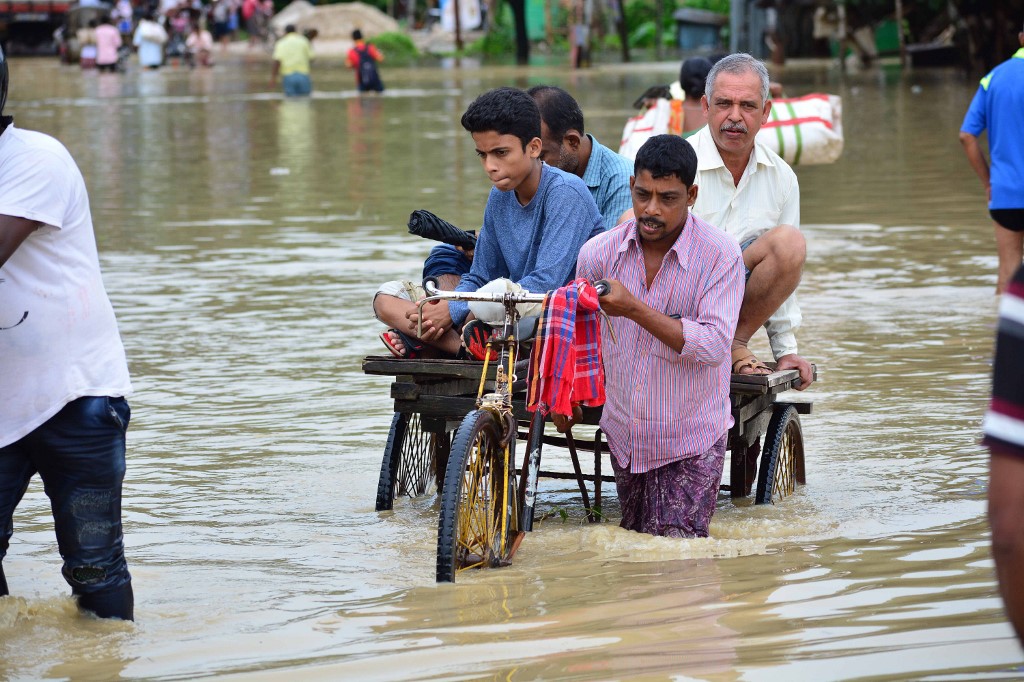 An Indian rickshaw puller transports commuters on a flooded street after a heavy downpour at Baldakhal village in Agartala, the capital of northeastern state of Tripura
New Delhi - SPA

In all, 51 people have been killed in rain-related accidents across seven Indian states since Wednesday.

In the latest incident, a building collapsed during rains in the northern state of Himachal Pradesh on Sunday killing six soldiers and two civilians, police said.

The flood situation Assam, the worst-hit state, has impacted 2.6 million people and claimed 11 lives across 28 districts.

Those affected included people displaced, stranded in their homes, or suffering damage to their crops and livelihood, officials said.

Around 17,000 people have been forced to take refuge in 327 government-run relief camps.