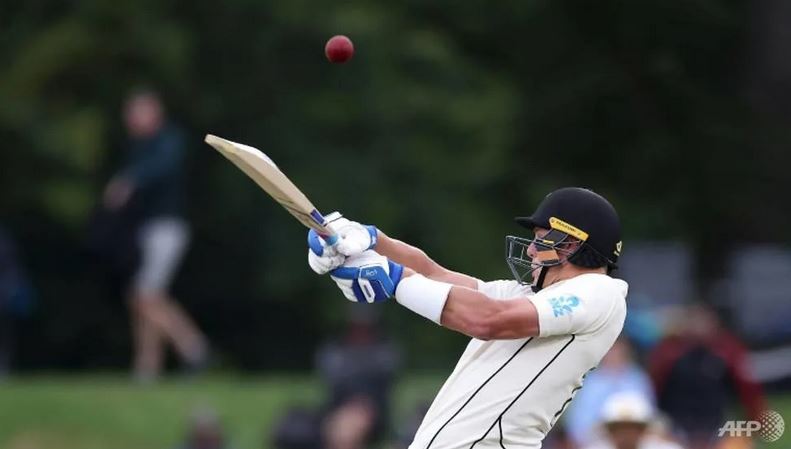 Cricket: Jamieson, modest but 'brutal' bowler who put New Zealand on top of the world

Less than a year into his Test career, Kyle Jamieson is already the toast of New Zealand and being compared to the country's cricketing greats, but despite stunning figures he considers himself still a work in progress.

The towering fast bowler made his debut last February against India on a grey Wellington day when regular firebrand Neil Wagner was on paternity leave.

Eleven overs into the Test he was called up to bowl and 15 deliveries later had the first of his four wickets in the innings with Cheteshwar Pujara caught behind.

Six Tests on, all on New Zealand's green, bowl-first wickets, Jamieson has taken 36 wickets at a stunning 13.27 average and has four five-wicket bags.

His 11-wicket, man-of-the-match performance in this week's innings defeat of Pakistan helped put New Zealand on top of the world rankings for the first time.

The most talked-about feature is the 26-year-old's height at 2.3m and the extraordinary bounce he generates when he bangs the ball into the wicket.

But he is no one-trick pony, with a repertoire that includes full and short deliveries as well as swing and seam movement which were all on display in his 11 for 117 against Pakistan in Christchurch.

Only Richard Hadlee and Daniel Vettori have produced better figures for New Zealand.

"It's kind of weird when you say it. Those two guys are legends of New Zealand cricket and I've just played my sixth Test," Jamieson said.

"It's nice to be in and around those names but I'm just happy to be part of this group and to help in some small way in us winning games."

New Zealand captain Kane Williamson said Jamieson's height was his most obvious attribute, but there was much more to the modest 26-year-old.

"The most noticeable thing is height. Coming from that trajectory and getting that extra bounce is a real asset, but the most impressive thing is his attitude," Williamson said.

"He's swinging the ball both ways as well. He's a really special talent but the way he's come in (and) just tried to add to the group, whether that's on the field or off the field, has been the most impressive thing.

"In a lot of ways he's leading as well."

Although Williamson's 238 set up New Zealand's win by an innings and 176 runs, Pakistan captain Mohammad Rizwan singled out Jamieson as "the only difference" between the two sides saying "he took too many wickets".

Jamieson bowled Rizwan in the second innings with a ball heading outside off stump until it swung in late and stormed between bat and pad.

It was a special delivery Jamieson had worked on during the year and he said there was still a lot more he needed to do to improve his game.

"I'm a long way off the cricketer I want to be. I'm 12 months into my international career and it's a long process and hopefully I've got another nine to 10 years in this group and if that happens there could be a wee bit more to come.

"There's always things you're trying to work on. It's nice to be able to move the ball both ways and in different conditions that won't necessarily always be helpful. In terms of different deliveries and different formats you've got white-ball cricket and there's different variations there.

"There's nothing specific but you're always trying to improve your game and those things kind of pop up from time to time."

While the focus has been on Jamieson's bowling he has also proven himself an efficient number eight batsman, with an average of 56.50 from six innings including two not outs.