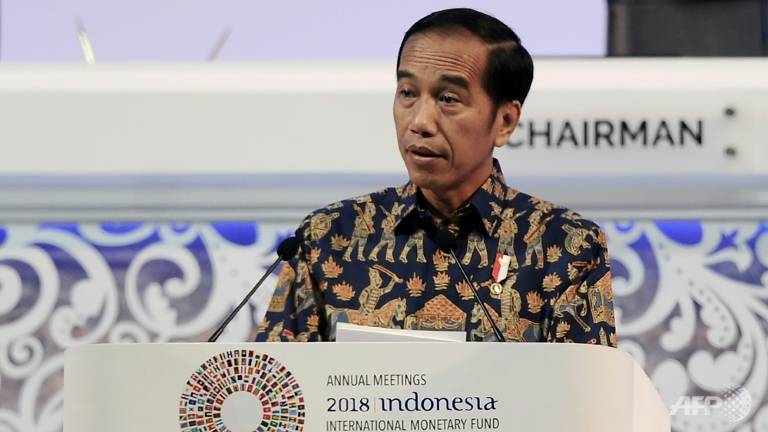 Delegates at the annual meetings of the IMF and WB seemed to appreciate the levity introduced by Indonesia President Joko Widodo in his speech which referenced popular TV show "Game of Thrones" AFP/SONNY TUMBELAKA
NUSA DUA, Indonesia - AFP

Indonesia's president on Friday (Oct 12) turned to blockbuster television show Game of Thrones to sound the alarm over global trade tensions at an economic conference, warning that "winter is coming."

Joko Widodo's offbeat reference to the wildly popular show drew applause from the audience attending the annual meetings of the International Monetary Fund and World Bank in Bali.

And he sparked raucous laughter with a further reference to the show's "Mother of Dragons" character - in a nod to IMF chief Christine Lagarde, who smiled broadly at the comment.

The meetings open amid warnings of economic peril, fuelled by growing protectionism and economic conflict.

But Widodo - who last month evoked the latest "Avengers" movie at a global economic forum - managed to elicit chuckles amid the gloom with his extended "Game of Thrones" reference.

"Several great houses, great families, battle each other fiercely to seize control over the 'Iron Throne'," he told delegates.

"The mother of dragons explains the cycle of life: The contest for power among the great houses, she says, is like a great big wheel that turns," he said. 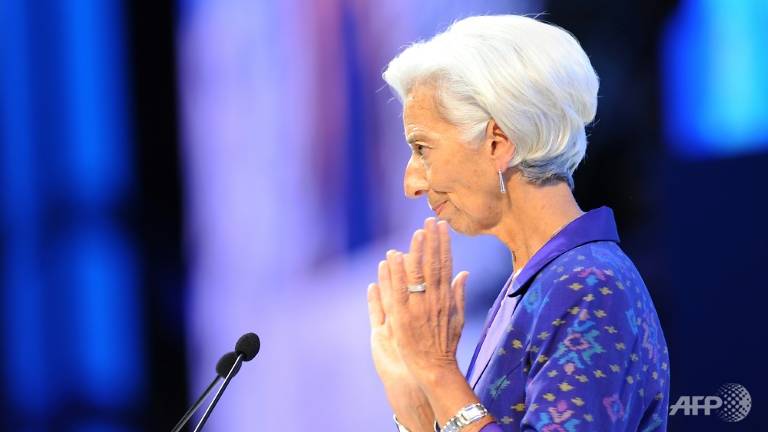 Widodo used the comparison to urge global leaders to avoid the conflict, rivalry and ever-shifting allegiances that drives the swords-and-sorcery TV series.

"Games of Thrones" next year airs a highly anticipated final season, and Widodo ended on a positive note.

"I am certain that the series will end with a moral lesson, that confrontation and collision impose a tragic price not only on those who are defeated but also on those who are the winners," he said.

Despite the serious subject matter, delegates seemed to appreciate the levity provided by Widodo's speech.

Lagarde later took the lectern to thank him for "raising the bar for excellence and conviction in delivering a speech."

A former furniture salesman, Widodo, 57, is the first Indonesian president not to come from an elite or military background and is beloved at home for his common-man touch.

Friday was not the first time that he added a touch of pop culture to aid digestion of weighty economic topics.

At the World Economic Forum in Hanoi last month, he compared trade disputes to "infinity wars" - a reference to the latest "Avengers" super-hero instalment - vowing to fight protectionism.

"But rest assured I and my fellow avengers stand ready to prevent Thanos from wiping out half the world population," he said, referring to the film's villain.