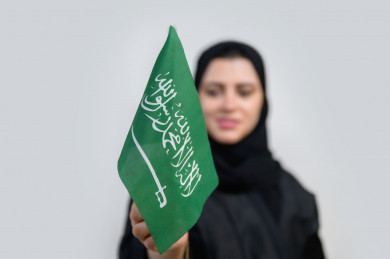 During the era of King Salman bin Abdulaziz and his Crown Prince His Royal Highness Prince Mohammad bin Salman bin Abdulaziz, Saudi women have played an effective role in society and so they have made a myriad of achievements and historical decisions, including recent amendments in the system of travel, civil status, leadership and appointments in all government departments.

Today, the Kingdom celebrates the sixth anniversary of the pledge of allegiance to Custodian of the Two Holy Mosques King Salman bin Abdulaziz as King of Saudi Arabia on Rabi` Al-Akhir 3rd, 1436 AH\ January 23rd, 2015 AD, while Saudi women in particular remember this occasion with feelings of pride, gratitude and appreciation, at a time when their achievements and gains are increasing in various fields with the support of the Custodian of the Two Holy Mosques and his Crown Prince - may Allah Almighty bless them.

These achievements are the fruits of the reform program led by Crown Prince, His Royal Highness Prince Mohammad bin Salman bin Abdulaziz, under the directives of Custodian of the Two Holy Mosques King Salman bin Abdulaziz - may Allah Almighty bless them. These directives are represented in remove several obstacles that used to be in the way of Saudi women, and providing them with more empowerment. The opportunity has become ready for women to be a full partner in development and its main driver with no reason preventing them from participating in achieving this. Mitigating restrictions on women and providing them with more rights, whether on the socially and professionally. This raises the percentage of working women in the Kingdom, which is one of the goals of Vision 2030 that aims to reduce dependence on oil, the main source of income at present, and aims to raise women's participation in the labor market from 22% to 30% by 2030.

The Kingdom's government has attached great attention to women and has been keen to enhance their position in all fields, and taken measures to ensure the protection of their rights and effective participation in development at various levels. This concern confirms that the Kingdom's presidency over the Women’s Committee in the League of Arab States this year, and the representation of Arab countries in the UN Commission on the Status of Women for the advancement and empowerment of Arab women in various walks of life.

The Kingdom has witnessed systematic reforms in order to empower women and increase their participation in the labor market and their assumption of leadership positions, as they are given support to perform the role entrusted to them and granted the necessary powers to fulfill their responsibilities towards the homeland thanks to their great practical and scientific capabilities. This comes in Saudi leadership's recognition of the importance of the role of women in society and advancement of their role in national issues alongside their brothers, as well as the firm belief in the importance of teamwork to achieve goals that serve national issues in general and women's issues in particular.

In clear words demonstrating women's support and empowerment, the Crown Prince said, "There are rights for women in Islam that they have not yet obtained. I support the Kingdom and women account for half of the Kingdom, so I support women." The whole world has witnessed the volume of the achievements that His Royal Highness has accomplished for Saudi women, with equal rights and eligibility as those granted to men. His Royal Highness charted women's future and empowered them in every scientific, practical, social, economic and political field, as mentioned in the thriving economy axis in Vision 2030 with regard to the importance of women’s work and giving them more opportunity to participate in the labor market with a clear indicator which is raising the rate of women's participation in the labor market from 22% to 30%" and reducing the unemployment rate among women as they are the highest compared to men counterparts.

The Custodian of the Two Holy Mosques granted many gains to women, which contributed to enhancing their status and helped them obtain more rights on the path to achieving gender equality, as well as supporting them in achieving success at the national and international levels, a matter which also allowed women to play an important role in development, which would accelerate the pace towards achieving Vision 2030.

During his speech at the Shura Council on November 20th, King Salman bin Abdulaziz affirmed continuing efforts to "empower Saudi women and raise their participation rates in the public and private sectors", expressing "pride in the increased rate of women's economic participation from 19.4% by the end of 2017 to 23.2% by the end of the second half of 2019.

Saudi women made historic gains during the reign of King Salman. In the first year of his rule, the first municipal elections were held on December 12th 2015, in which women participated as voters and candidates in the, which culminated in 21 women winning seats in the municipal council elections in their third session.

Women also began driving cars since June 24th 2018, in implementation of a historic order issued by the Saudi Crown Prince on September 26th 2017, allowing women to obtain a car driving license in accordance with Sharia controls, and work is underway to increase women's driving schools all over the Kingdom.

On February 14th 2018, women were allowed to start their own businesses and benefit from government services without the need for the consent of a guardian. On January 12th 2018, the Kingdom allowed women in sports stadiums for the first time, and the General Sports Authority announced that three playgrounds in Jeddah, Riyadh and Dammam were ready to receive families, and the achievements of Saudi women are still continuing with the support of the Custodian of the Two Holy Mosques.

In the fifth year of the rule of Custodian of the Two Holy Mosques King Salman bin Abdulaziz, Saudi women got a new package of gains, according to amendments to the regulations on travel documents, civil status and work, that took place on August 2nd 2019, which granted them more rights on more than one level, and allowed them to have passports and leave the country without the consent of a guardian.

Under the new amendments, women have the same rights that the law guarantees to men. They can obtain a passport on their own, just like men, and they are entitled to travel after reaching the age of 21 without the need for guardian's consent.

Amendments on the family level also granted them rights that were not available to them in the past, including the right to notify the newborns in their capacity as their mothers, after they were unable in the past, and the right to request a family record from the Civil Status Department.

Women are now entitled to report deaths after the matter was limited to males aged 18 years and over. Women will also be the head of the family equally with the husband in the case of minor children. Amending the work system has been approved to grant more rights to women and put them on an equal basis with men.

New Appointments that were the preserve of men

In a translation of the Saudi leadership's directives to empower women in various fields, women have assumed a number of jobs that were formerly for the preserve of men, in the public and private sectors.

In this regard, Princess Reema bint Bandar was appointed the Kingdom's ambassador to the United States on February 23rd 2019, to be the first woman to hold this position. She began her duties on July 9th as the first ambassador of the Kingdom to Washington, since the beginning of diplomatic relations between the two countries in 1945.

To keep pace with the process of reform and change in the Saudi society, the march of women's accession to the Shura Council began upon the initiative of Custodian of the Two Holy Mosques King Abdullah bin Abdulaziz Al Saud - may his soul rest in peace - with the engagement of  women in the Council, starting from its sixth session in 1434 AH / 2011 AD during the inauguration of the works of the third year of the fifth session of the Council to participate in national decision-making.

According to the royal decree, Article 3 of the Shura Council system was amended to read as follows: "The Shura Council consists of a president and 150 members, chosen by the King from among people of knowledge, experience and specialization, provided that the representation of women in it is not less than (20%) of the number of members. Rights, duties and affairs of members are determined by a royal decree." This royal decree has become the nucleus of women's parliamentary work, and strengthens the legislative and oversight roles of the Shura Council and serves women's issues and society in all fields and sectors.

The participation of women in the Shura Council came to enhance their position in society and develop their skills, in addition to enhancing and employing part of the society's energies in order to achieve comprehensive development in the Kingdom.