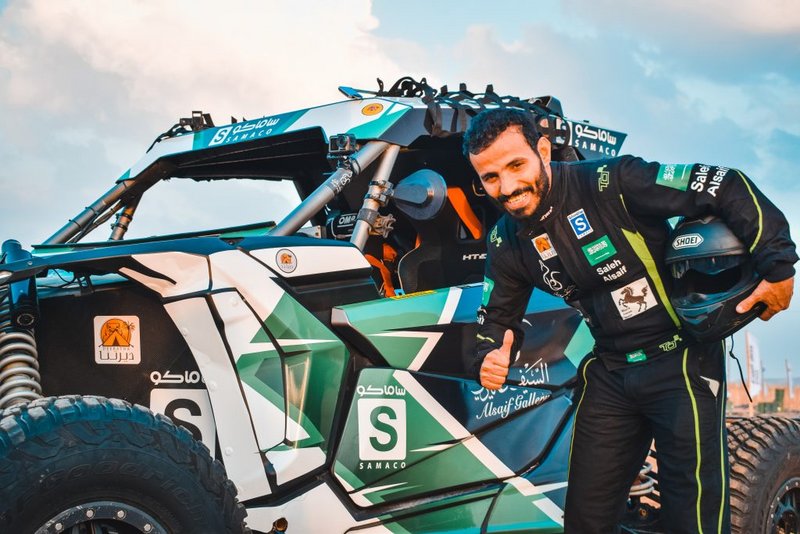 Saudi racer Saleh Al-Saif won the eighth round of Baja World Championship rally held in Italy in the T4 category, after strong competition from the Italian Amerigo, it was reported here today.
Al-Saif managed to snatch the lead on the first day, and also competed with the Portuguese European champion Alexandre as the competition hiked on the last day, during which the Saudi rider managed to win the rally by five seconds lead jumping to the top of the world championship with (114,5) points and 14 points ahead of his nearest competitor, Kuwaiti Mishari Al-Dhafiri, who lead the race since the sixth round.
By this win, Al-Seif nabs his third victory this year after winning Baja in the Kingdom, which was held in the eastern region, as well as that in Jordan, while he finished fifth in Dubai, seventh in Hungary, and third in Poland, while one round remains in Portugal early next month.