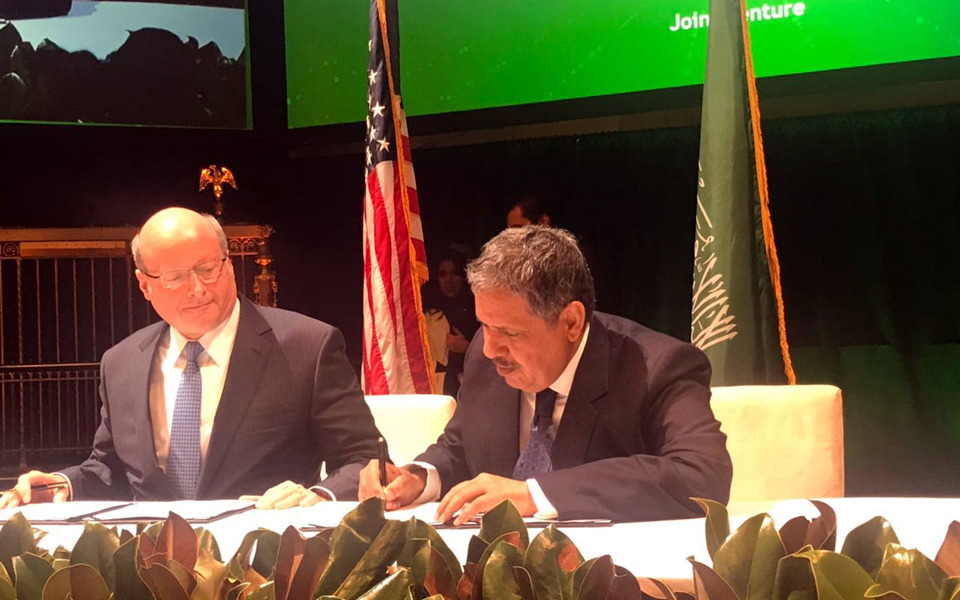 The memorandum of understanding (MoU) signed at the Saudi-US CEO Forum
MORRISTOWN, N.J., U.S., and RIYADH

“We’re honored and pleased to partner with KFB Holding Group, a company that has been a key driver in the development of industrial manufacturing capacity in Saudi Arabia for over 30 years,” said Alaa Abdul “Alex” Samad, Louis Berger Power Middle East/Africa regional director. “This strategic partnership is crucial as we continue to strengthen our ties with the KSA through a synergistic EPC power team that offers Solutions for a better world.”

More than 200 business leaders from the US and the KSA attended the second annual Saudi-US CEO Forum, where they signed 36 MoUs worth $20 billion — all in conjunction with the visit of Saudi Arabia’s Crown Prince Mohammed bin Salman to the US. The theme of the event was “An Era of Transformation from Vision to Implementation,” and the focus was to strengthen trade, bolster economic ties and promote cultural awareness between the US and the KSA. It featured round-table discussions, panel sessions and a business exhibition that highlighted the existing projects underway aimed at achieving the KSA’s development and economic goals for 2030.