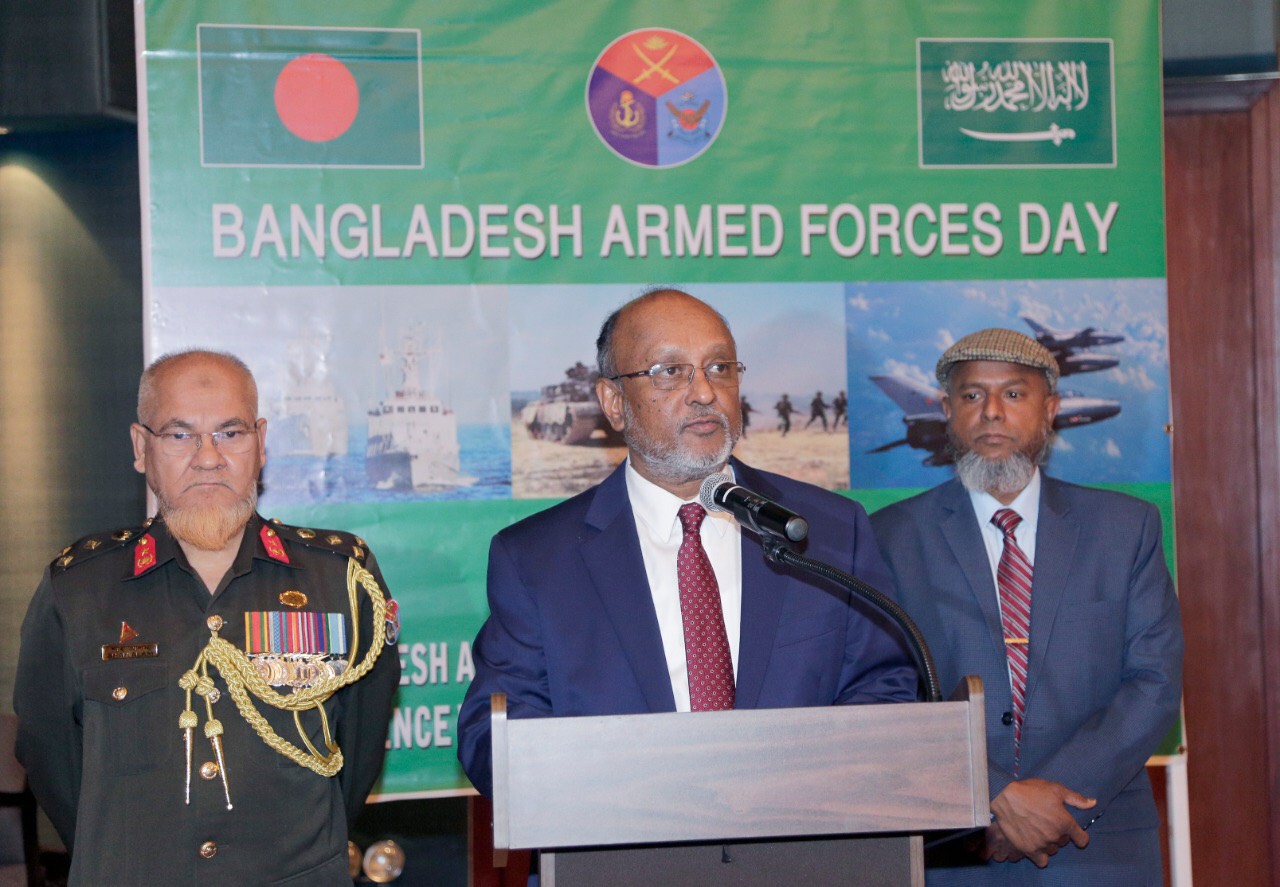 In his speech Ambassador Moshi said that this day in 1971 combined forces of Bangladesh army, navy and air force launched a concerted effort to put down the occupation army. On this very day armed forces of Bangladesh took a ceremonious birth. Although November 21, 1971 is marked to be the raising day of the Bangladesh armed forces, the Bengali members of army, navy and air force conducted operations in their respective domains against the occupation forces from March 26, 1971’ Ambassador said. 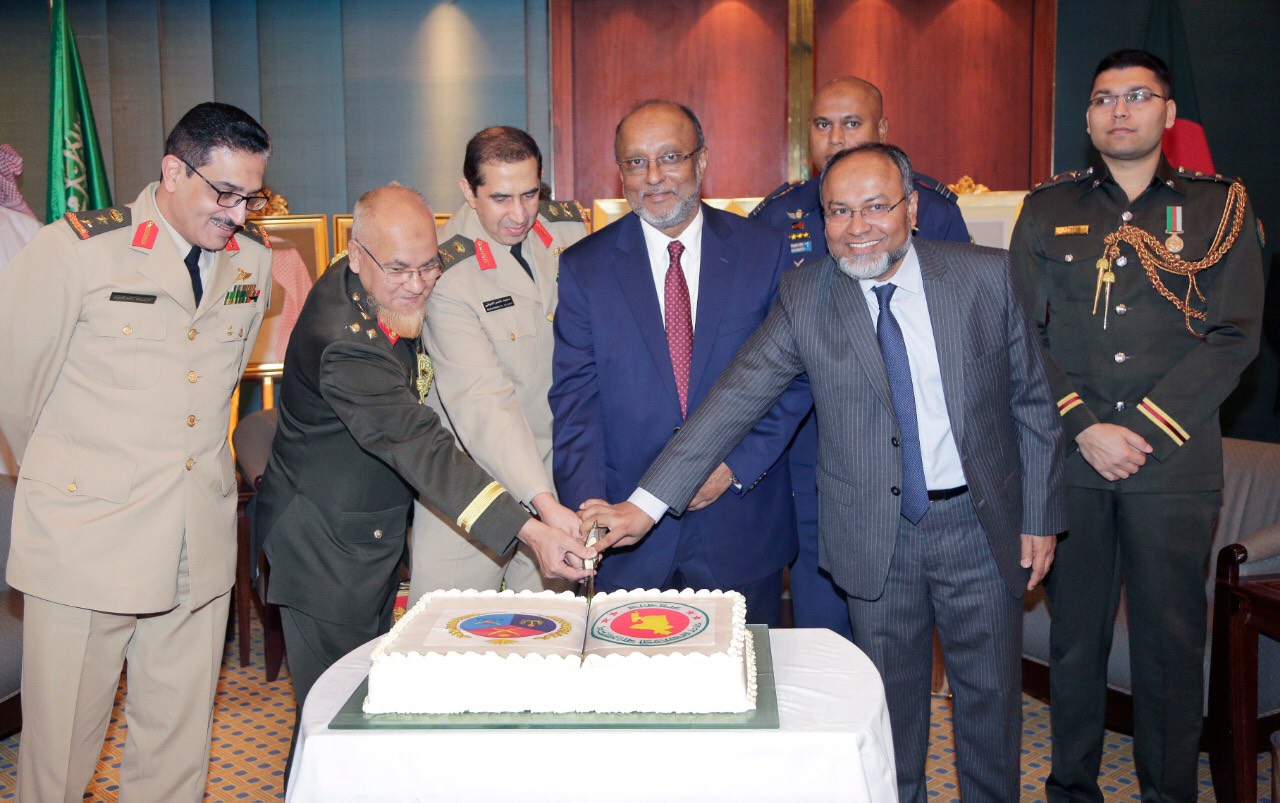 Ambassador Moshi said that Bangladesh is committed to promote global peace and stability. Keeping this end in view, Bangladesh Armed Forces have been taking part in the UN Peacekeeping Operations since 1988. Footprints of Bangladeshi peacekeepers are evident in almost all the troubled areas of the world, starting from Haiti to East Timor and from Georgia to Namibia. Golam Moshi said Bangladesh glorious role in peacekeeping mission has enabled them to be one of the major “Troops contributing” countries. He recalled with deep gratitude that 142 of soldiers and officers lost their lives and more than 250 wounded during peace keeping operations under UN mandate.

Under the visionary leadership of Prime Minister of Bangladesh Sheikh Hasina over the past ten years, Bangladesh achieved sustained economic growth, structural transformation and remarkable social progress, Ambassador said. He also stated that during Bangladesh Prime Minister sheikh Hasina’s several visits in Saudi Arabia in recent time she assured all support and cooperation to the Kingdom of Saudi Arabia, including deployment of Bangladeshi soldiers to protect Two Holy sites of Islam as and when asked for.

By mentioning the current economic strength of Bangladesh, Moshi said, "We can work with the Kingdom to materialize the Saudi Vision 2030 with new engagement and cooperation in many areas including cooperation in the defense area. We hope to see stronger and robust bilateral ties with the Kingdom of Saudi Arabia in the coming days in all areas". 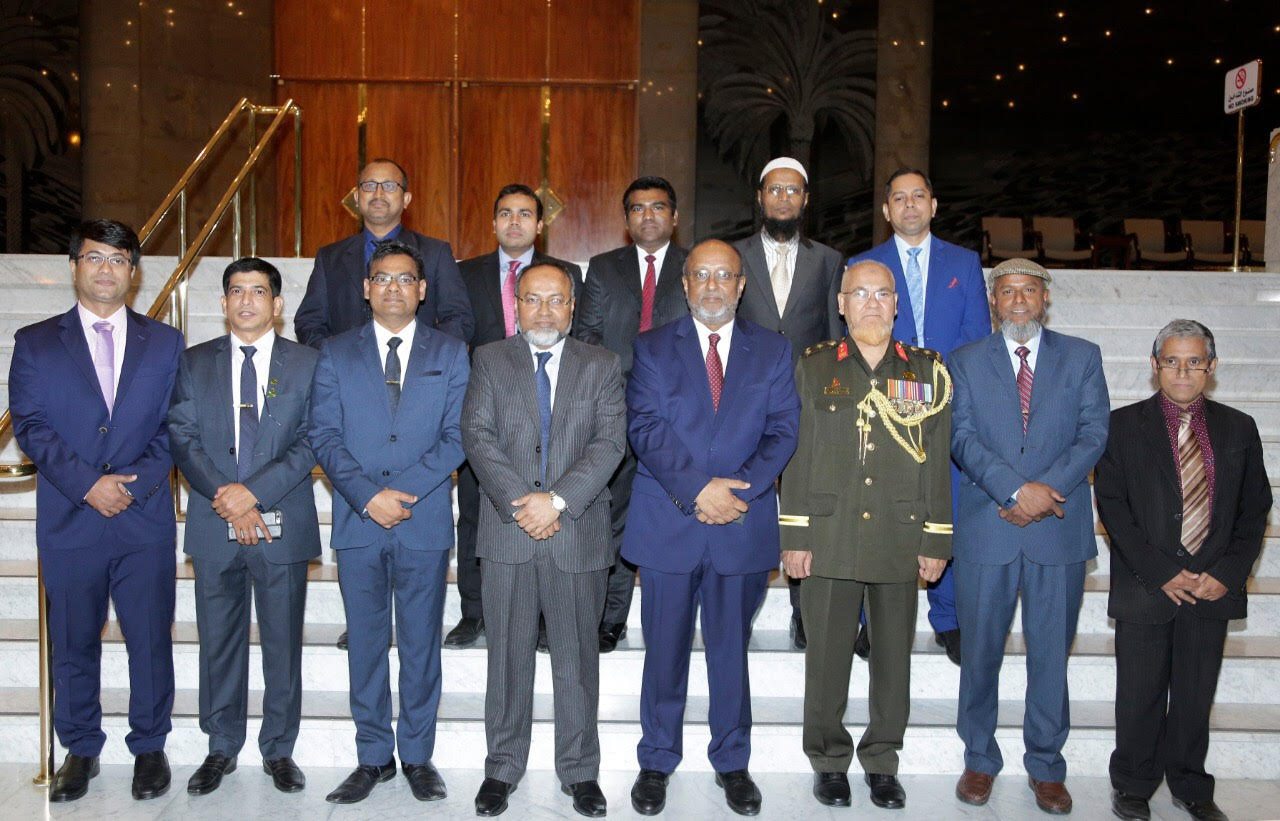