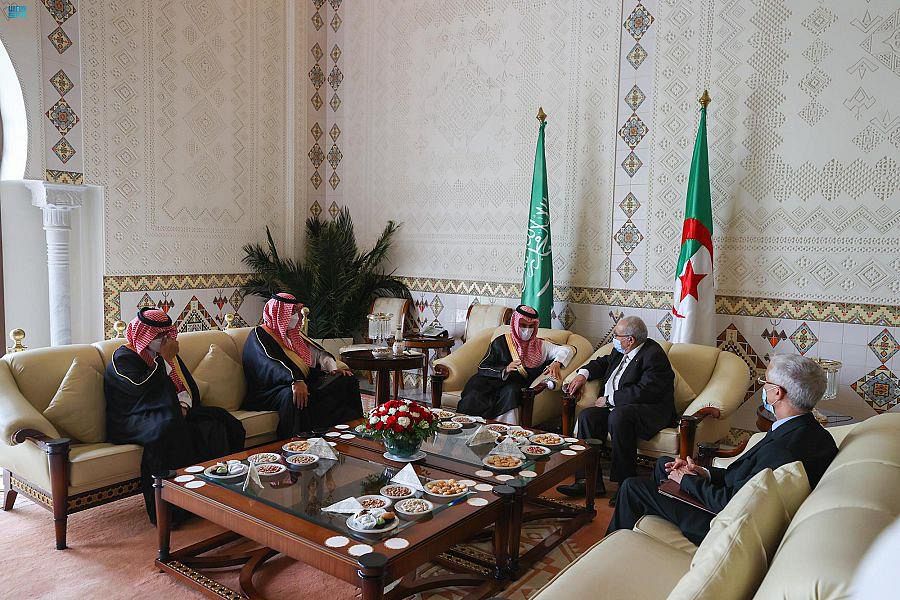 The Custodian of the Two Holy Mosques King Salman bin Abdulaziz Al Saud has sent a message to President Abdelmadjid Tebboune of the People's Democratic Republic of Algeria, dealing with the historical fraternal relations between the two countries and ways to enhance joint cooperation, it was reported here.
The message was conveyed by Prince Faisal bin Farhan bin Abdullah, Minister of Foreign Affairs of the Kingdom of Saudi Arabia, during his meeting with the Algerian President at the presidential palace in the Algerian capital today.
The Minister of Foreign Affairs also conveyed to the Algerian president, the government and the people of Algeria, the greetings of the Custodian of the Two Holy Mosques and His Royal Highness Prince Mohammed bin Salman bin Abdulaziz, Crown Prince, Deputy Prime Minister and Minister of Defense.
For his part, president Tebboune conveyed his greetings and appreciation to the Custodian of the Two Holy Mosques and HRH the Crown Prince as well as the government and people of the Kingdom of Saudi Arabia.
During the meeting, the solid historical relations linking the two countries and peoples and ways of developing them in all fields were reviewed.
The two sides also discussed strengthening joint cooperation in many aspects, including bilateral political cooperation that supports the security and stability of the region, in addition to discussing the latest developments regarding regional and international events and issues of common interest.