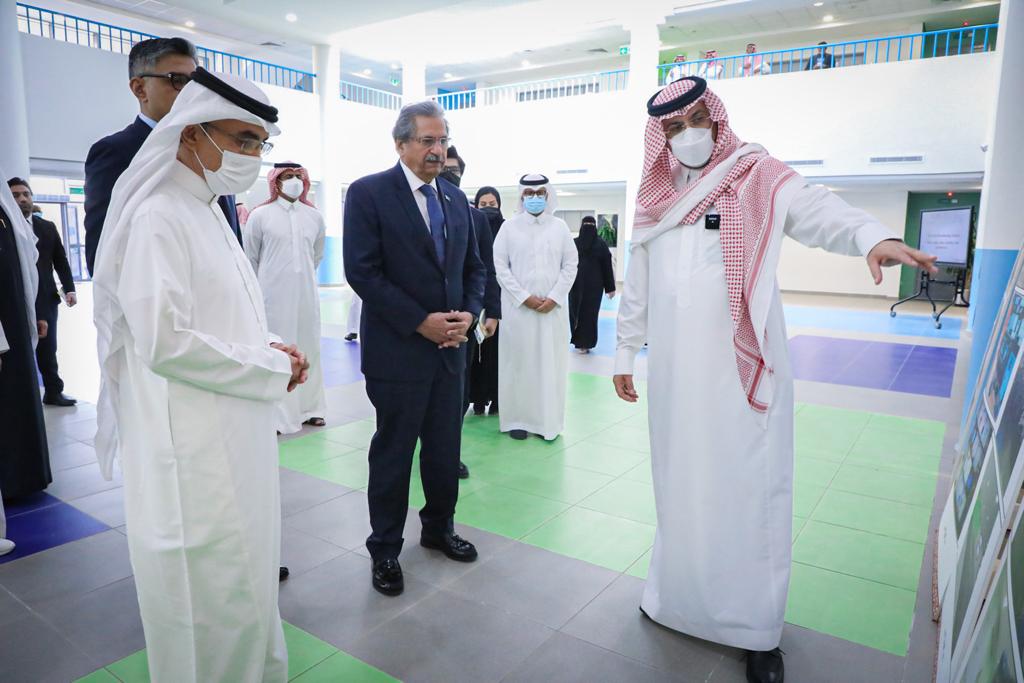 The Minister of Federal Education and Vocational Training of Pakistan Shafqat Mahmood praised, during a visit today to the Satellite Broadcasting School (SBS) in Riyadh, the Kingdom’s Vision 2030 and its objectives for the development of education, which was reflected in the Kingdom’s global success in e-learning and distance education, to ensure that the sustainability of the educational process during the pandemic.
The Pakistani minister, who was accompanied by an official delegation, who was received by the Minister of Education Dr. Hamad bin Mohammed Al Sheikh, praised what SBS has achieved in distance education services in a distinguished manner, appreciating what education has achieved in the Kingdom during the pandemic, citing the activation of electronic platforms such as “Madrasati” and educational satellite channels, which indicate the readiness of Saudi education to keep up the educational process despite the challenges posed by the coronavirus pandemic.
The minister stressed the strong historical ties between Pakistan and the Kingdom, expressing his aspiration to consolidate cooperation between the two countries in the education sector, as well as the chances of benefiting from the Kingdom's experience in distance education and e-learning during the pandemic.
The Pakistani official was briefed by the Undersecretary for Public Education Dr. Mohammed Al-Muqbil on the satellite broadcasting school, the broadcast studios, the mechanism of filming and recording lessons, as well as the educational supervision of the content.
The General Supervisor of E-Learning and Distance Education Dr. Ohoud Al-Fares, also gave a visual presentation on "Madrasati" and the world records that have been achieved since the beginning of the pandemic thus far.