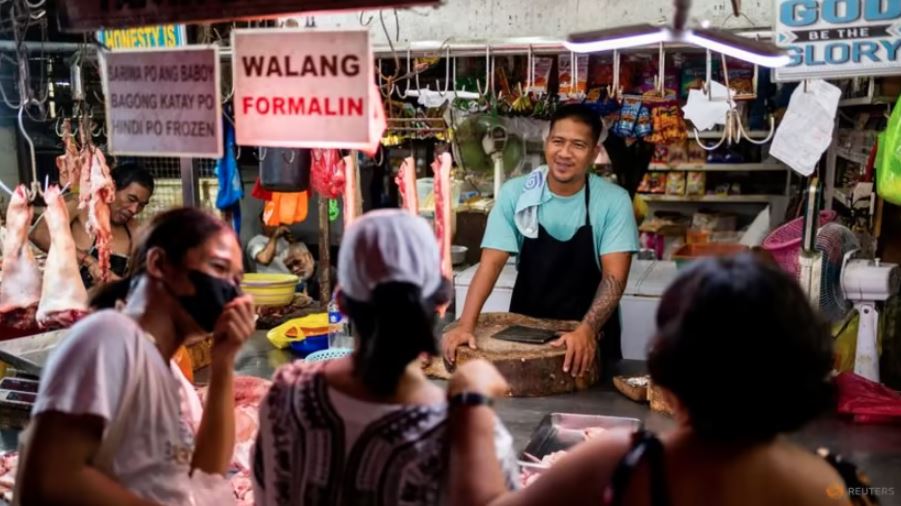 Philippines inflation to be below 4% by Q3

Annual inflation at 14-year highs in the Philippines will likely ease to below 4 per cent by the third quarter and then 2 per cent by early next year, as aggressive tightening and supply-side intervention take root, its central bank governor said on Monday.

"We expect to be very successful in bringing down inflation," Bangko Sentral ng Pilipinas Governor Felipe Medalla told an investment forum in Frankfurt.

Medalla noted the country's high inflation is fuelled by supply shocks, so the government's plan to speed up importation of certain commodities like onion and sugar, on top of tighter policy, should help tackle soaring prices.

Medalla has signalled further interest rates hikes at the central bank's first two policy meetings this year to bring inflation back within a target range of 2 per cent to 4 per cent.

Food prices have pushed the consumer price index last month up 8.1 per cent from a year earlier, bringing full-year average inflation to 5.8 per cent, outside the central bank's comfort range.

The BSP, which raised its benchmark interest rate by a total of 350 basis points last year, will hold its first policy meeting of 2023 on Feb. 16.