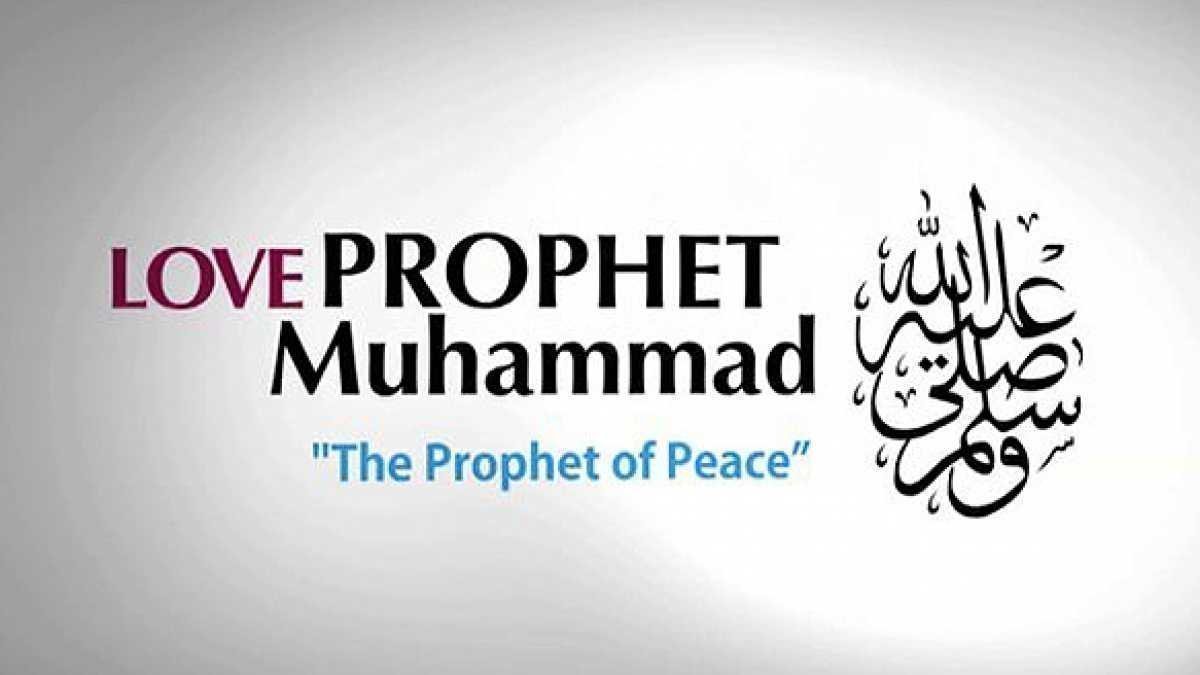 A Prophet for Love and Peace

The Prophet of Islam is the pioneer of peace and security in this world. He came to bring safety and security in the world. He was sent by Allah into the world as a mercy for all mankind. He was sent not only towards a specific nation or group of people but to the whole humanity of all the times. This is the uniqueness of the Prophet of Islam that he was not only a great person in his own time, but he is absolute for all times, for all people of any race, colour, nationality or geographical location.

The Prophet of Islam and his exemplary way of living show that he not only projected the ‘concept of peace’, but that he was also able to develop a complete methodology of ‘Peaceful Activism’. The revolution he brought about was a practical one based on his ‘ideology of peace’. In view of the contribution made to human history by the Prophet of Islam, he can be most appropriately called the Prophet of peace.

Peaceful action is positive action, and its importance can be understood only by a positive mind which plans its course of action in consonance with peaceful objectives. Peaceful activism is ostensibly an external action, but it is the result, in the full sense, of an internal awareness. It is peaceful minds alone that can appreciate the benefits of peaceful activism and can properly bring it into play. The Prophet of Islam realized this truth. That is why, first and foremost, he worked towards building peace-loving minds.

The Prophet discovered peace both as a complete ideology and as a methodology, which were productive of the most effective strategy in all matters. In 622 C.E, the Prophet reached Medina. At that time in Medina, idolaters and Jews existed side by side with the Muslims. The Medina of that time thus had the status of a multi-religious society. The Prophets discovered a successful formula. This formula was based on; the principle: Follow one and respect all. The Prophet issued a declaration, known in history as the declaration of Medina.

It was mentioned in this declaration that Muslims, idolaters and Jews would all enjoy the right to settle their personal matters according to their own religion and culture. This is the only practical principle on the basis of which peace may be established in a multi-religious or multi-cultural society. This principle allows people the freedom to follow the traditions of their own culture and religion.

In every society differences do exist, whether the society be multi-religious. These differences can be accepted, but they cannot be obliterated. In such a situation, in a society, establishing peace can be done only on the principle existence. The policy of Prophet of Islam was always to counter enemy war initiatives with peaceful measures. This peaceful strategy owed its success largely to the Prophet having been able to establish peace treaties with all the tribes of Arabia. Thus it was made binding upon all the tribes to follow the peaceful method of their own accord.

The Philosophy of Patience: Patience, as a virtue, was given the utmost importance in the teachings of the Prophet of Islam. In the Qur’an, there are about 110 verses which contain the word sabr (patience). The Qur’an, in fact, goes to the extent of saying that success depends upon patience alone. The Qur’an states, "O people, be patient and steadfast, so that you may prosper. (Qur’an;3: 200)

Principle of Peace Activism: According to the ‘principle of peace activism’, when directed against some group, it is vital that there be no negative feelings against its members. It is essential to have a positive mind set when dealing with them. As regards ‘Peaceful Activism’, we find that the Prophet, like other reformers down the ages, also had to face all kinds of atrocities from his opponents, yet he never used the language of hatred against them.

The Philosophy of Peace treaty: The truces of Prophet Muhammad what he made with different communities were all for the same purpose: to promote general peace and tolerance. When the Prophet migrated to Medina, the people of Medina were at the brink of a civil war. In order to settle down all immediate issues, the Prophet made a historic treaty known as Meesaq-e-Medina. This treaty played a key role in promoting brotherhood and tolerance among the civilians.

The Prophet stands as an exemplary leader from whose life we can extract remedies for contemporary problems we face in our society. He furnished topmost significance to the harmony, peace and smooth running of the society. As he was the Prophet for whole the humanity, his message of peace covers the entire human race in all the times.