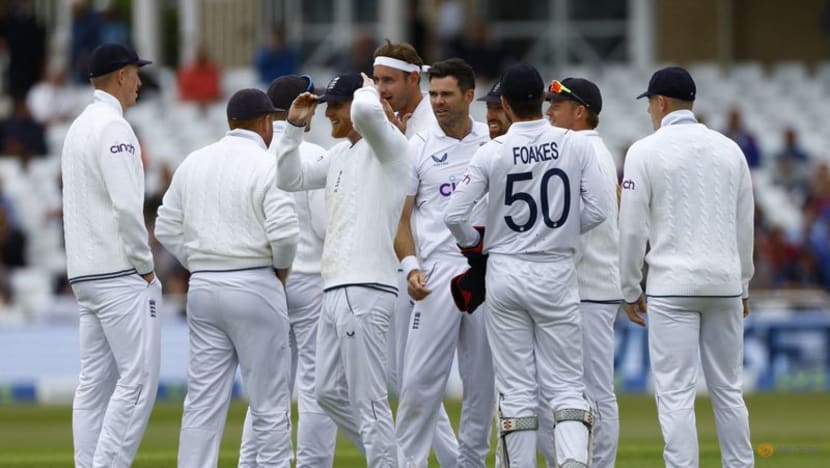 England have been fined 40 per cent of their match fee and docked two ICC World Test Championship points for maintaining a slow over rate in their win over New Zealand in the second test at Trent Bridge, the governing body ICC said on Wednesday.

England chased 299 in 50 overs on the final day of the test to win by five wickets and clinch the three-match series against the reigning world test champions.

Ben Stokes' side were ruled to be two overs short of the target after time allowances were taken into consideration, with match referee Richie Richardson imposing the sanction.

"England captain Ben Stokes plead guilty to the offence and accepted the proposed sanction, so there was no need for a formal hearing," the ICC said in a statement.

England are second-bottom in the World Test Championship standings, above Bangladesh.