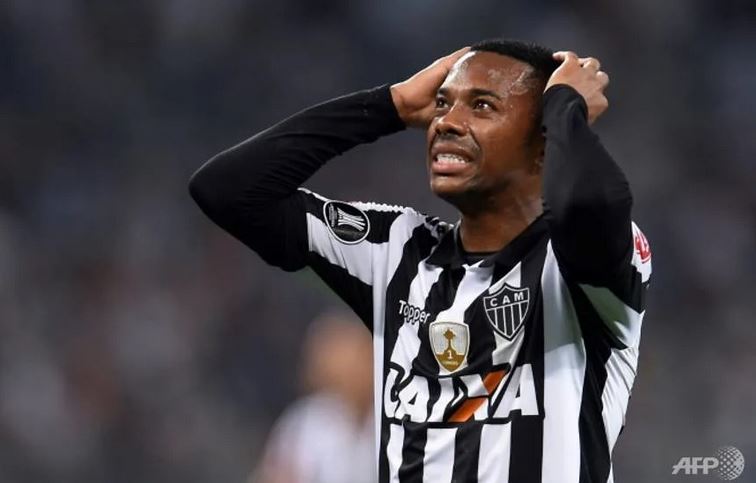 Veteran Brazilian striker Robinho has rejoined his boyhood club Santos, who he left to join Real Madrid as a 21-year-old rising star before spells with Manchester City and AC Milan.

The 36-year-old penned a five-month deal paying the nominal amount of about €230 a month with bonuses and an extension if things go well.

"This has always been my home, it's so special to come back here where my career began," he said.

He is currently a fugitive from Italian justice, having been condemned to jail for rape in Italy in 2017.

Robinho shot to fame with goals galore for the Rio outfit, which also produced Neymar and Pele, before Real Madrid signed him to great fanfare in 2006.

A slight and sublimely talented centre forward, Robinho won league titles with Real and Milan and also turned out 100 times for Brazil, winning the Copa America and the Confederations Cup.