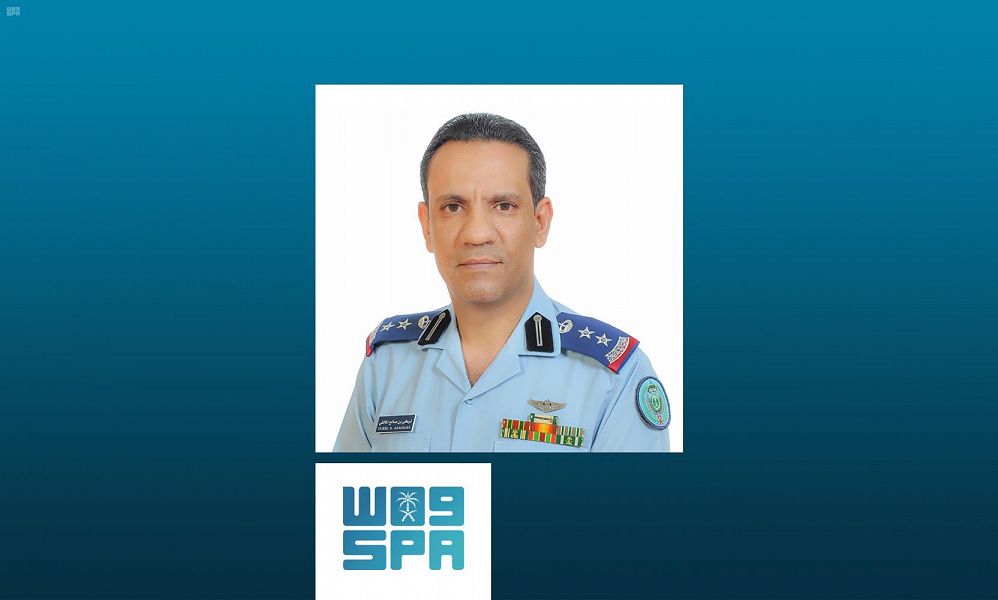 The Joint Forces Command of the Coalition to Restore Legitimacy in Yemen: Response of the Yemeni Government and the Southern Transitional Council to the Ceasefire Request, Convene a Meeting in the Kingdom for Prompt Implementation of the Riyadh Agreement

The Official Spokesman of the Coalition to Restore Legitimacy in Yemen COL Turki Al-Malki said in a statement that "In light of the recent events in (Socotra) and (Abyan) governorate, the Coalition welcomes the response of the legitimate government of Yemen and the Southern Transitional Council for its request of a comprehensive ceasefire, de-escalation and a meeting to be convened in the Kingdom to move forward in implementing the Riyadh Agreement, in addition to the return of the political and military committees and teams in order to promptly implement it.

The Coalition regrets the recent developments in a number of Southern governorates in Yemen, and calls on all parties to prioritize the national interest of Yemen, its people, security and stability, and end the bloodshed through implementing the Riyadh Agreement, normalizing the situation in (Socotra), implementing a ceasefire in (Abyan) and avoiding escalations in all Yemeni governorates, including the media escalation.

The Coalition rejects any behaviors that undermine security and stability, and contravene the Riyadh Agreement in liberated areas. Reaffirming its longstanding commitment to stand by Yemen and its brotherly people, and continue its efforts to unite Yemeni peoples’ ranks, bridge the gap between their components and support their endeavors to restore their nation, security, stability, state unity and territorial integrity.

The Joint Forces Command of the Coalition will deploy observers on land in (Abyan) to observe the comprehensive ceasefire and separation of forces. The Coalition calls on all Yemeni political, social and media components and powers to support the parties’ response to convene a meeting in Riyadh, and work diligently to implement the Agreement, that carries a substantial interest for Yemen and restores the state and its institutions in order to provide security, services and alleviate the suffering of the Yemeni people."