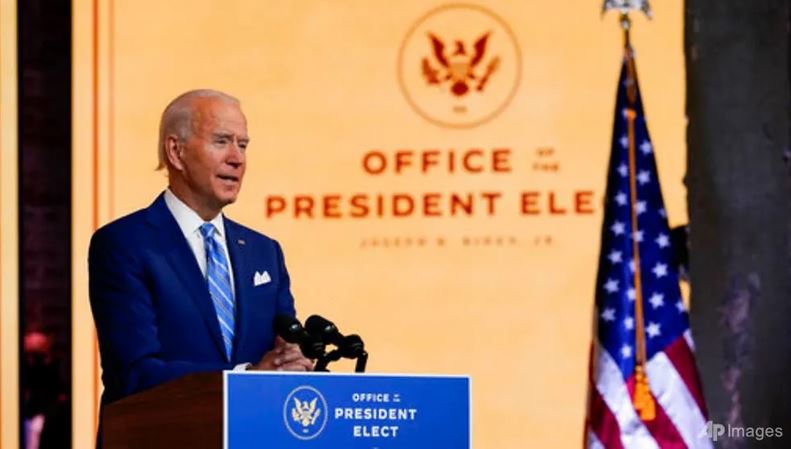 Biden pledges help 'on the way' for US economy

President-elect Joe Biden presented his economic team on Tuesday (Dec 1) and pledged they would lead the charge on a plan to provide more relief for the faltering US economy, which his nominee for Treasury secretary called an "American tragedy".

The diverse group, featuring women and minorities in key roles, is set to inherit the fallout from millions of job losses - including an ongoing wave of corporations laying off workers and small businesses shutting their doors as the number of COVID-19 cases spikes.

Even with good news on possible vaccines, economists warn they may not come soon enough to prevent further damage as an initial sharp recovery loses steam.

"I know times are tough, but I want you to know that help is on the way," Biden said at the event to introduce the "tested and experienced" team led by former Fed chief Janet Yellen, his pick for Treasury secretary.

He called on Congress to rapidly approve a "robust" new relief package, but said anything accomplished by the lame-duck legislature will not be enough.

"We need to act now and we need to work together," Biden said, promising to "build a new American economy that works for all Americans".

He said his team already is working on a new plan that can be launched "on day one" to revive the economy and create more than 18 million jobs through investments in infrastructure, clean energy and manufacturing.

The world's largest economy shed more than 20 million jobs in the early weeks of the pandemic, and has regained only about half of those.

Yellen previously made history as the first woman to lead the Fed, and would score another first if confirmed as Treasury secretary, a job that has never been held by a woman.

She is well regarded for navigating the central bank through the aftermath of the global financial crisis, and said the country is facing another "historic" crisis that is hitting the most vulnerable people the hardest.

Yellen warned that "inaction will produce (a) self-reinforcing downturn causing yet more devastation".

"So many people struggling to put food on the table and pay bills and rent. It's an American tragedy," she said.

Outgoing Treasury Secretary Steven Mnuchin on Tuesday reiterated his support for forging a compromise, although he said it should be a limited package.

"I will continue to work with Congress," Mnuchin said. "I urge Congress to pass something quickly."

The goal is to enact a successor to the US$2.2 trillion CARES Act after its main provisions expired earlier this year, and with more Americans losing aid just after Christmas.

But the negotiations remain at an impasse and, without support from Republican Senate leader Mitch McConnell, the two sides face a tough fight for approval in the final weeks of Donald Trump's presidency.

McConnell told reporters on Tuesday he received a new proposal from top Democrats and is gauging what kind of deal Trump is willing to sign - and what other Republican lawmakers are willing to support.

"We just don't have time to waste," he said, acknowledging that a package would "require bipartisan support to get out of the Congress".

They also discussed a budget deal to avert a government shutdown on Dec 11, and Pelosi noted progress on a bipartisan spending package. 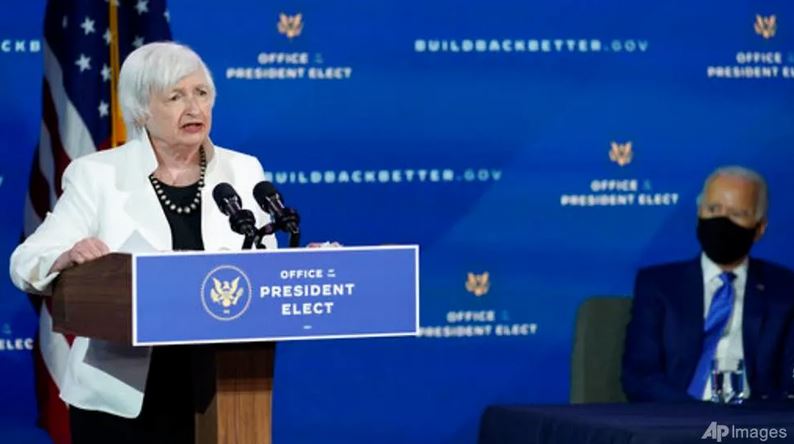 Early on Tuesday, a bipartisan group of lawmakers offered a US$908 billion compromise that could address some of the immediate needs including extending unemployment benefits and providing more grants to struggling businesses.

Separately, McConnell circulated a spending proposal among his party faithful. It calls for US$500 billion in relief, including US$332 billion for small businesses, a Republican congressional source said.

In an apparent response to concerns of deficit hawks, he stressed that the "risk of overdoing it" is far outweighed by the risk of not doing enough.

Other nominees for Biden's economic team include Nigerian-born Wally Adeyemo, who would be the first African American in the role of deputy Treasury secretary.

Neera Tanden, president of liberal think tank Center for American Progress, was picked to head the Office of Management and Budget.

If confirmed, she would be its first leader of South Asian origin, but she is a controversial choice who faces oppositions from conservatives and progressives.

Cecilia Rouse, the dean of the Princeton School of Public and International Affairs, was tapped to chair Biden's Council of Economic Advisors and would be the first African American in that post.