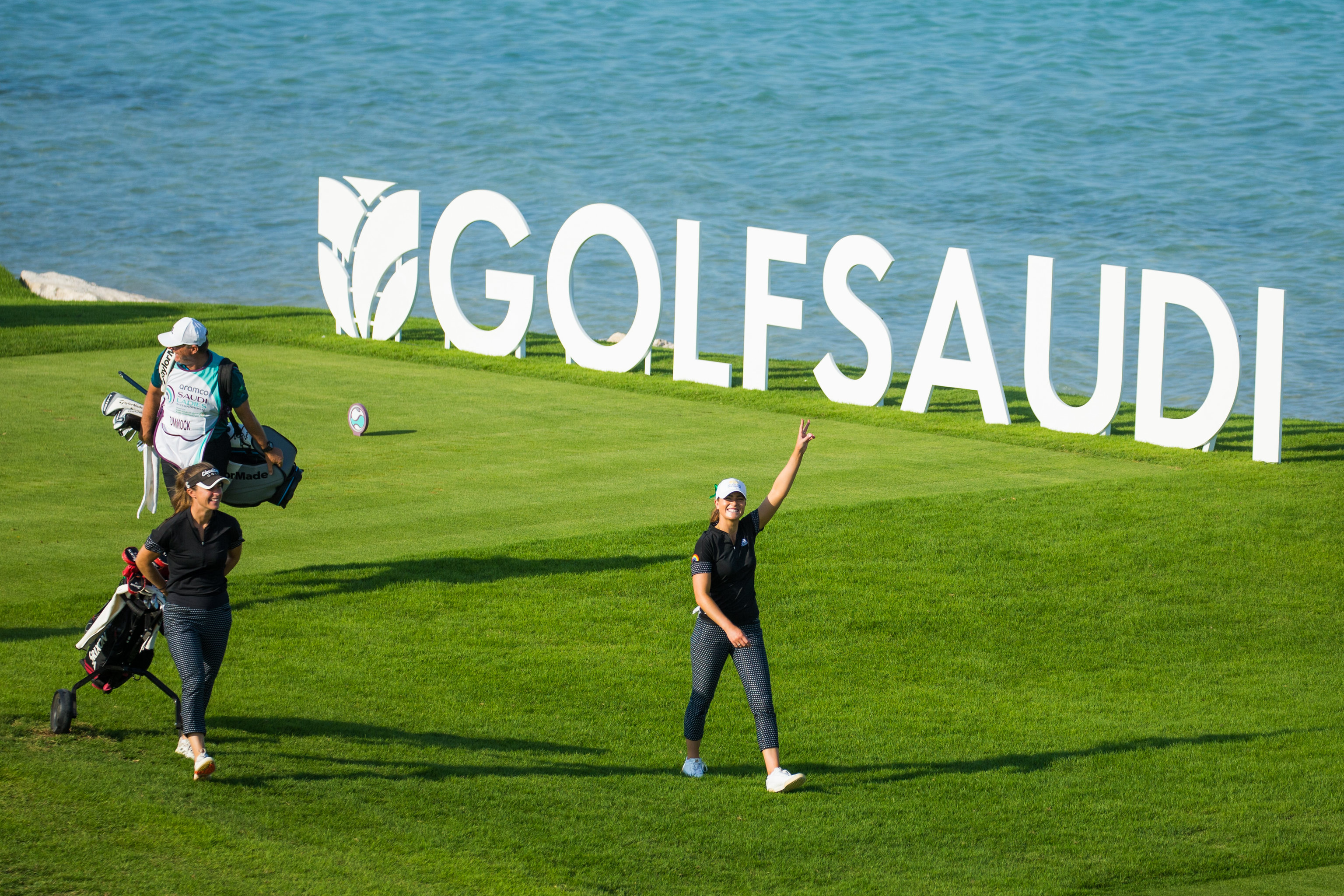 The Saudi Ladies Team International is a first of its kind tournament where 37 teams have been selected via a unique draft system, with an amateur player also assigned to each team.

“We were all trying to hit good shots for each other, and we certainly felt like it was a team event,” said Dimmock.

“Both Stina and I didn’t know our own score going down the 18th, and I usually know it. Stina got the first birdie on the fifth and we then we were like ‘let’s get the birdies going’. Then I holed my wedge shot on the next and then Charlotte got a birdie, so it was a real team effort. 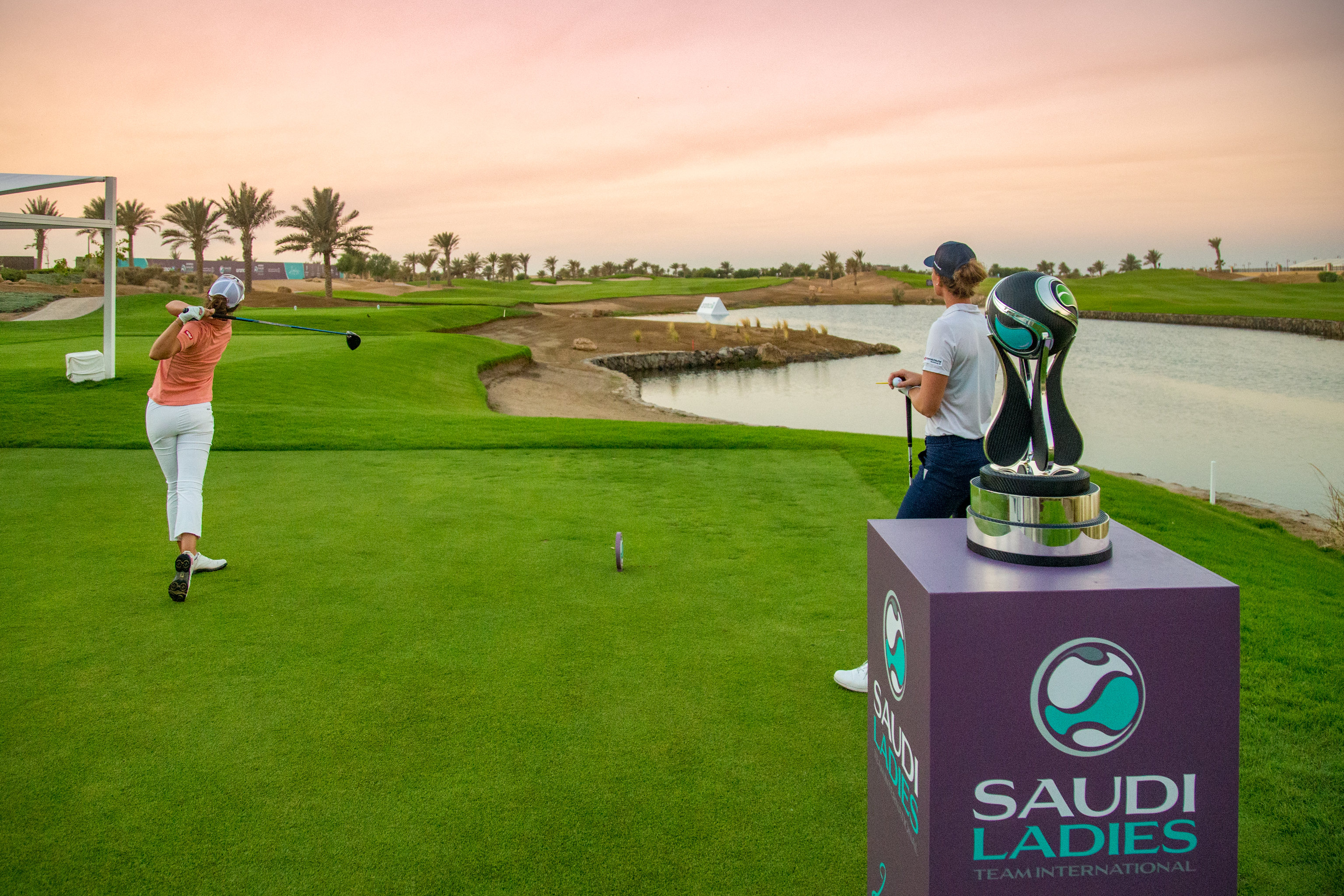 Concurrently the professionals are also vying for an individual title, with $500,000 total prize money on offer for players this week.

Finland’s Sanna Nuutinen (-6) was the standout individual player of the day following an impressive round of 66 that included an eagle on the 4th and five birdies.

“To be honest I drove the ball better last week and today was a struggle off the tee,” said Nuutinen. “But I still played my best round this week and was good on the greens and made a few putts. It’s such an advantage playing this course multiple times, as you can be really precise on yardages.”

The highlight of the day however fell to Sweden’s Jenny Haglund whose hole in one on the 5th made her the first professional women’s golfer to make an ace in Saudi Arabia. Haglund has a track record when it comes to hole in ones, with this being the sixth of her career and her third in three years. Having previously had one on the LPGA and the LET. This was also a piece of history, being the first-ever hole in one to take place at a Saudi tournament, since the first ever men’s Saudi International in 2019.

The Saudi Ladies Team International has been given a party atmosphere with live music on the range, walk on entrance music, ice cream stops and all players being in with a chance to win a brand-new QX50 Infiniti car with a hole in one on the course’s iconic par-three 16th.

Each team will play three rounds, where their two lowest scores per hole are carded – with amateurs receiving ¾ of their official playing handicap. For example: two birdies on the par four first hole would put that team on a score of two-under par 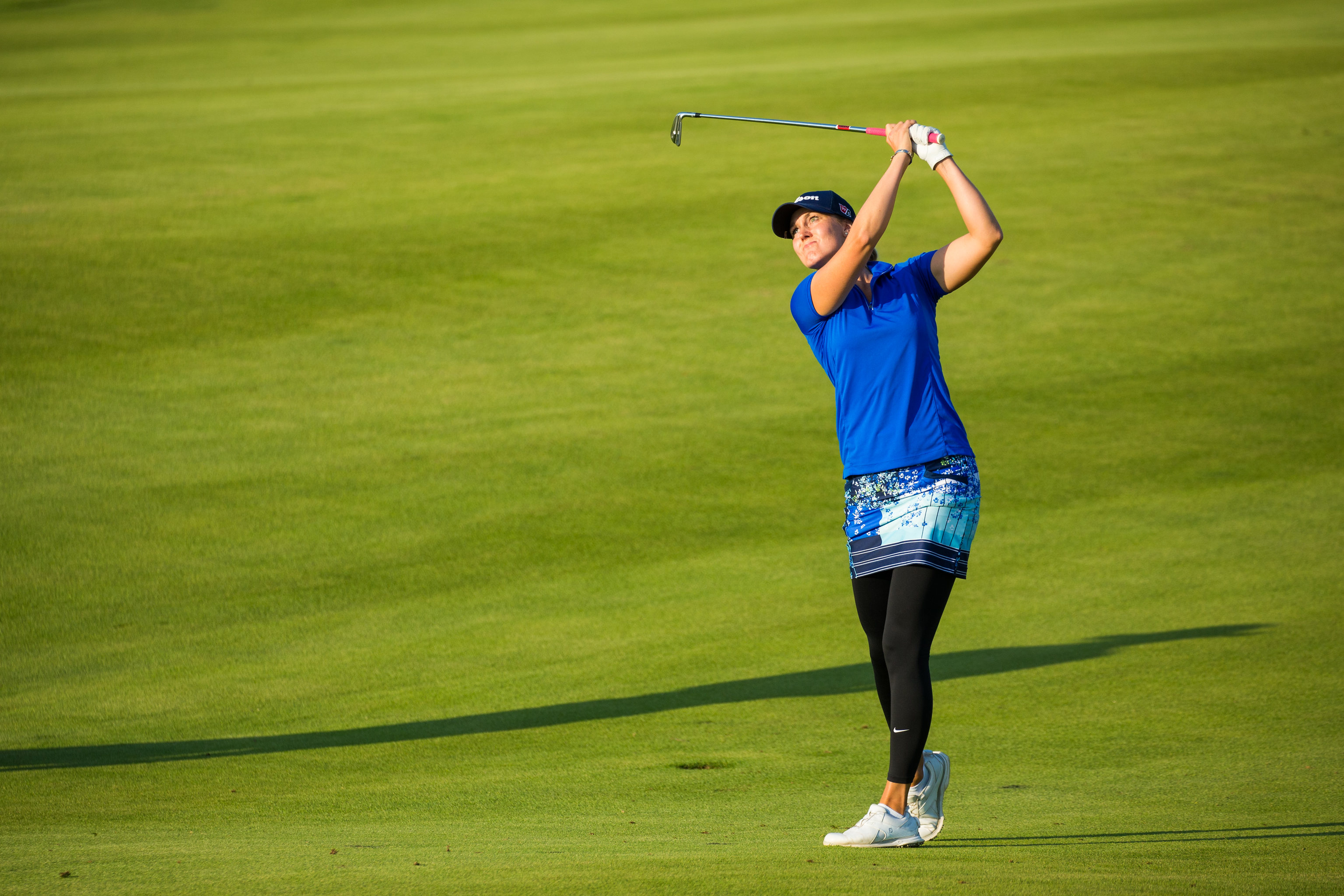