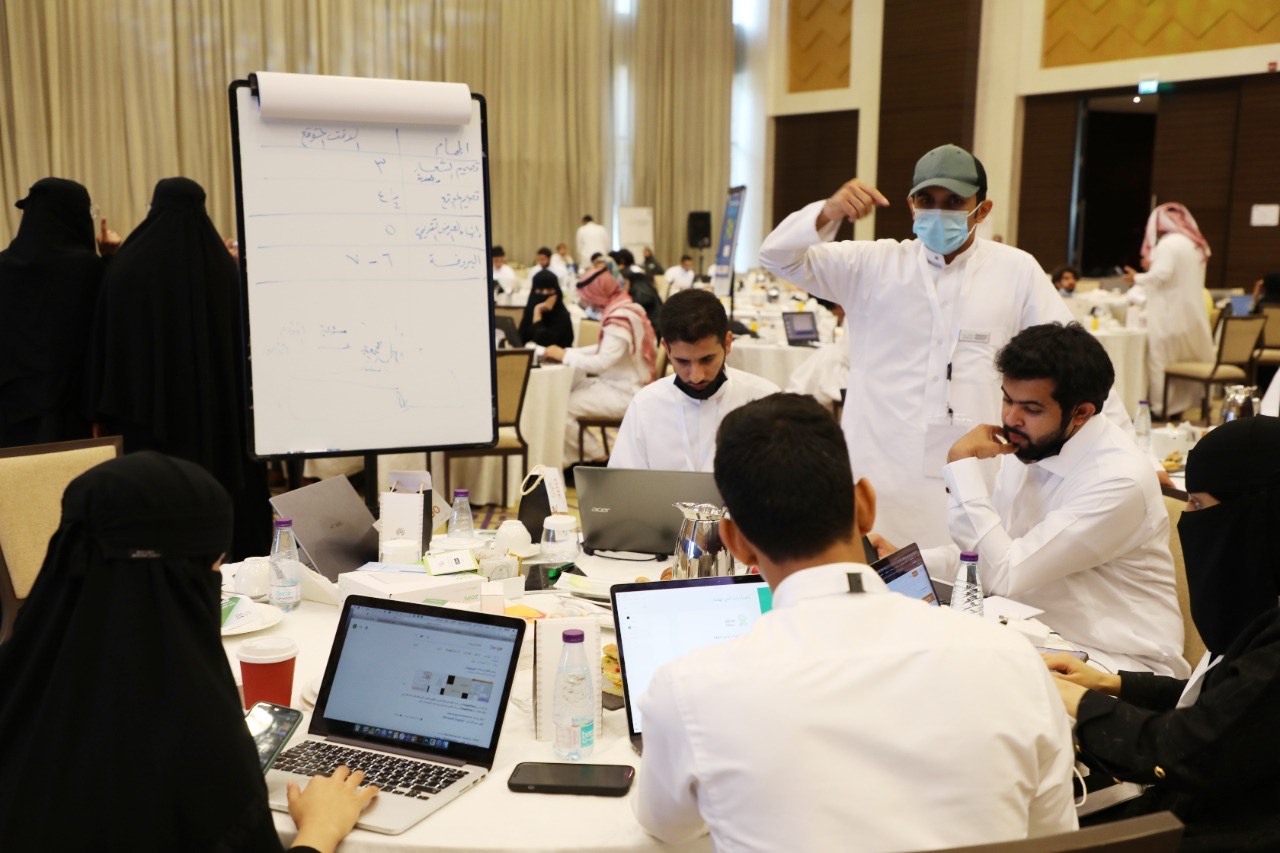 The Charitable Committee for Orphans Care in Riyadh (Ensan) organized the “Ensan Innovation Hackathon” competition during the period of ( 7-9 October 2021) at Marriott Rafal Hotel in Riyadh, and 400 specialists and technical experts participate in the competition.

The competition aimed to raise the efficiency of workers at the third sector and improve their performance, as well as to make use of technology to facilitate the lives of orphans technically, and to identify technical solutions to raise the financial revenues of charitable societies, in addition to develop the concepts of knowledge management in the third sector, through the exchange of data, information and the employment of latest technology in all works of charitable societies, as well as to innovate technical solutions to assist the governmental and private sectors to adopt and care the technical projects that can be supported at the charitable sector to accomplish the integrity of efforts and to participate to fill a gap of technology between these sectors and the charitable sector, and to strength the role of the none profitable sector to increase its participation at the economic movement and accomplishment of Kingdom Vision 2030.

Also, to strength the role of the semi-governmental and private sectors at field of social responsibility.

Financial prizes with amount of 300,000 Saudi Riyal, were registered, whereas the winners were candidate by a committee consisted of 12 arbitrators, in addition to 15 guides at field of multiple technology, and specialized from the charitable sector, and the arbitration criteria consist of calculation a group of points which were divided to the degree of need of idea, the easiness to deal with the provided project, and the degree of sustainability and development of idea. 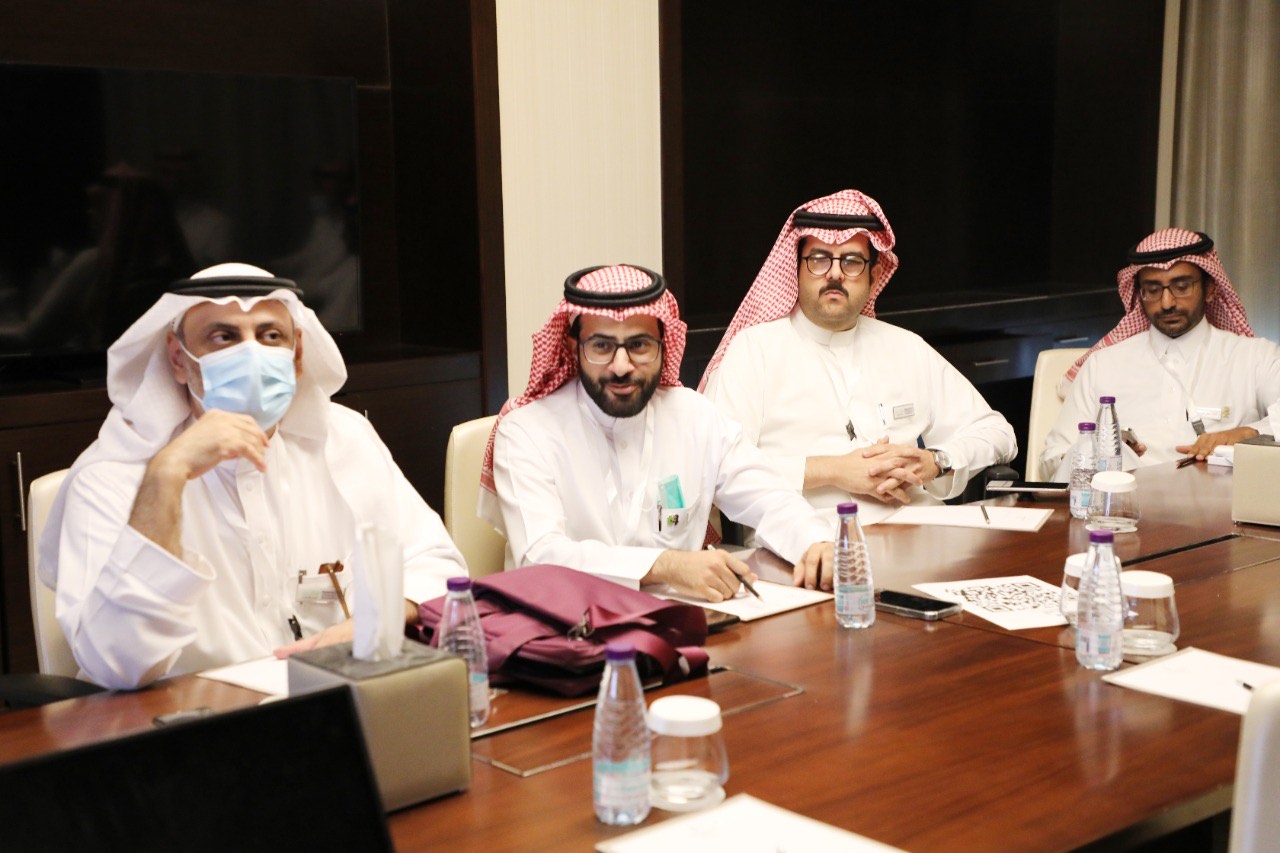 However, this event was sponsored by numbers of authorities launching from their role to serve the none profitable sector at the technical field.

As well as to coordinate with the Cyber Security Authority, with the aim of integrating efforts, and awarding the approval of the Tawakkalna application website, to ensure the adherence with the regulatory protocols for such events in light of health precautions to deal with the Corona virus.

Launching from the role of the committee, it motivated the specialists to participate at the competition and compliance to the application of the conditions of registration at the website accordance with a regulated work mechanism and consecutive stages and accessibility to announcement the results of the winners.

At the conclusion of the competition, the committee held a celebration to announce the winners, including a speech of the committee of arbitration by the member of the committee Mr. Nahedh Al Harbi, whereas he mentioned that the committee had recognized a lot of good projects and with a convergence evaluation, and others are completely different, and there are many constructive ideas will create a big impact to serve orphans and charitable work generally.

Al Harbi added that the arbitration committee was continued for 3 consecutive hours, and whereas many projects were identified with great difficulty due to the convergence between those projects, and whereas the committee identified a group of projects that it see worthy to be on the list of the winning teams, while hoping the rest of the teams that were not lucky in the competition, to continue to develop their projects to participate in the competition at the next charitable Hackathons.

As well as the arbitration committee and the specialists discussed the qualified teams who present their technical projects in front of the audience. 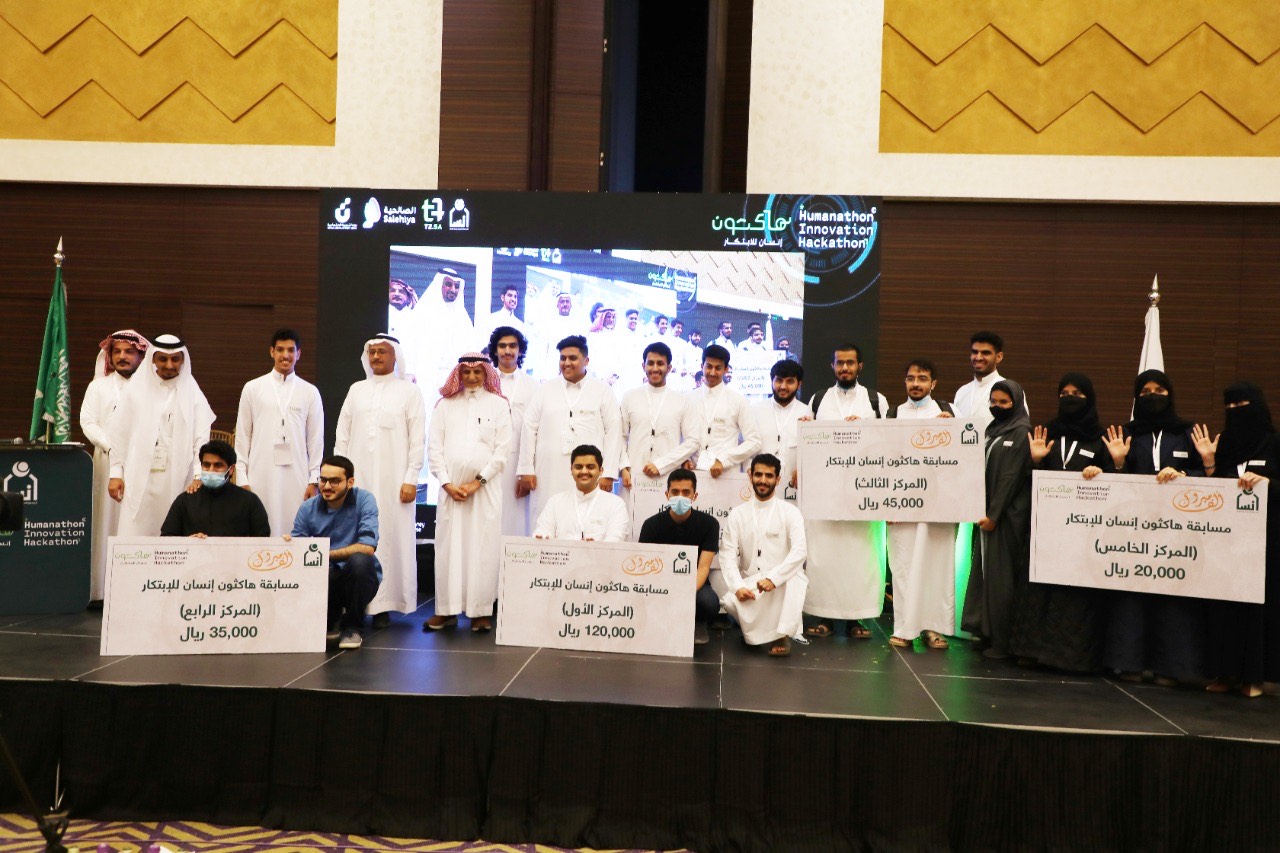 A number of participants in Ensan Hackathon Innovation Competition, expressed their great pleasure regarding their participation in this event, which deemed the first of its type for charitable organizations, appreciating to Ensan Committee, this humanitarian and pioneering role in encouraging programmers to innovate technical solutions to benefit of the none profitable sector. As well as to create the opportunity to creators and innovators to develop the programs of the committee, and to improve performance, and to take advantage of modern technology and make us of it to serve charitable work.

Dr. Nazek Al Turki, College of Computer Sciences and Information at Prince Noura University, said that " we are pleased to the existence of this huge number of the Saudi efficiencies and the programmers regarding playing the social role towards the sons of this nation, and of course variable and effective technical programs will be provided to participate to quality the life of orphans. I made a tour to the participants at Hackathon, and the most provided solutions, deemed a try to create ideas that support the beneficiaries of the charitable committees and other participate to raise the revenues of the committees, and accomplish the sustainability, and there are many of the innovative ideas and I provided some of the ideas for the participants such as clarification ideas and improvement them.

Al Turki mentioned that technical solutions will reduce in a big degree, the obstacles which face to the process of charitable work, and will open new horizons to address the rest of the problems, and I see that Ensan Hackathon will be the first building block for similar Hackathons later.

She mentioned that the ideas of the participants that she was briefed, are interested to improve human life in health, education and social life, and at all aspects of life, and there are innovations from the participants which support these fields, and thus contribute to accomplishment the objectives of Kingdom Vision 2030, which request to improve the lives of orphans, and provide all services according to the highest quality standards.

Hinnawi added that we appreciate this great effort to Ensan Committee to motivate the creative youth and guide their abilities and innovations to benefit to development the programs of the charitable organizations, and improve their performance and take benefits from the recent technology, and there is no doubt that creative ideas are keeping up with the Kingdom Vision 2030, which requires the development of human beings in all fields of development, including the issue of orphans. We are seeking and honoring Ensan Committee will be at the top all over the world and featured with initiatives, designs, ideas to serve the society.

At the end of the ceremony, memorial photos were taken with the sponsors and participants.

It is worth noting that Ensan seeks, through the “Ensan Hackathon for Innovation” competition, to develop charitable work by recent and modern ways, and helping specialists and officials to facilitate dealing and improve performance, which is reflected in the quality of life of the beneficiaries and providing services that keep up with aspirations according to the highest standards of quality recognized internationally, in addition to contribute to accomplishment the objectives of the Kingdom Vision that required for the development and advancement of non-profitable work as one of the pillars of social development. 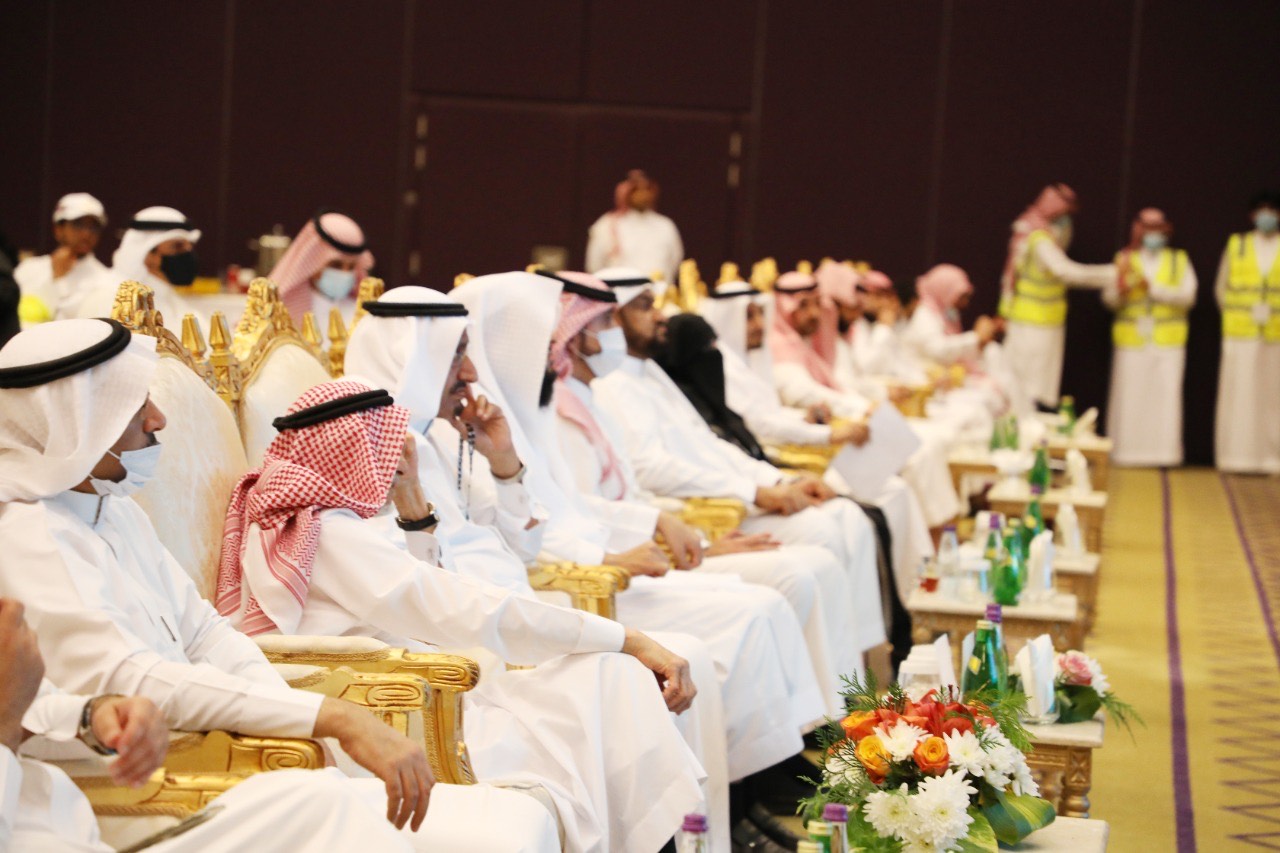 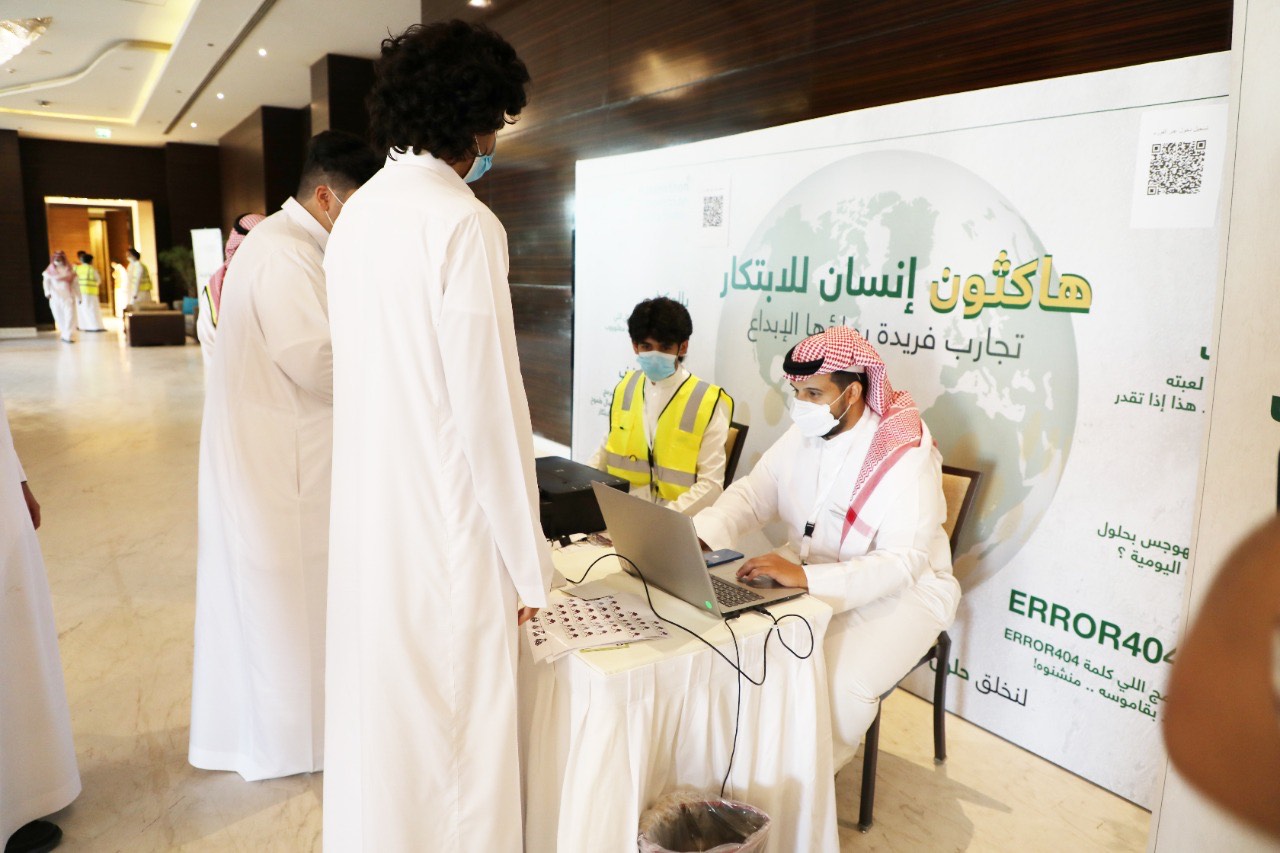