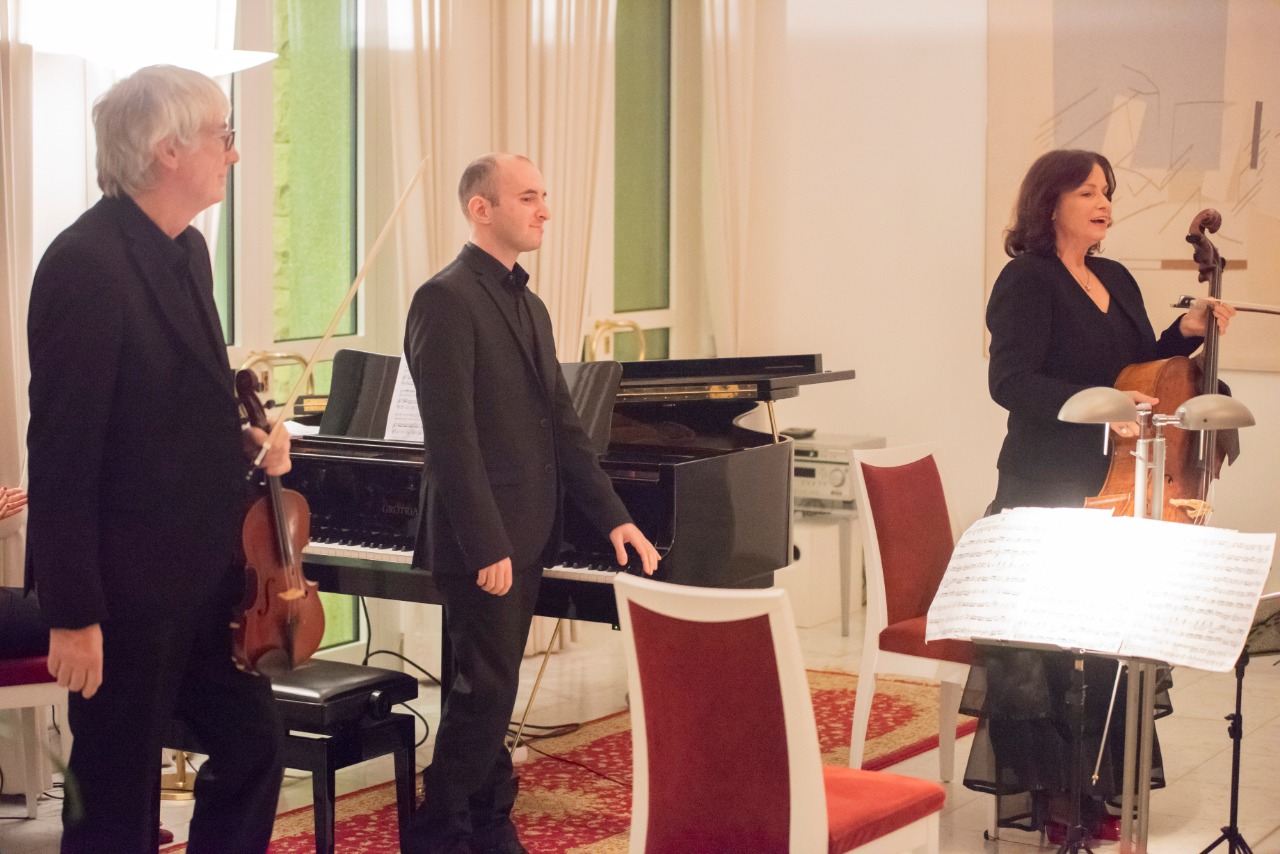 Trio music at the German Embassy and the Goethe Institute

In another concert at the Goethe Institut in Riyadh on the following day, Birgit Erichson (violoncello), and Vasil Laghidze (piano) performed the Song Cycle Winterreise (Winter Journey) by Franz Schubert (1798-1828), a deeply moving piece from the repertoire of romantic music. The performance in Riyadh came with a twist. Instead of a performance with a vocalist – as usual – the cello took the role of the singer, accompanied by the piano, and the poems by Wilhelm Müller (1794-1827) were recited in German by Hanna Riehle and in Arabic by Salman AlShathri.

The concerts in Riyadh mark the final leg of a concert tour in Saudi Arabia. All in all the trio played concerts over a period of ten days at the German diplomatic missions in Riyadh and Jeddah, the French Consulate General in Jeddah, the Goethe Institute in Riyadh and KAUST in Thuwal. 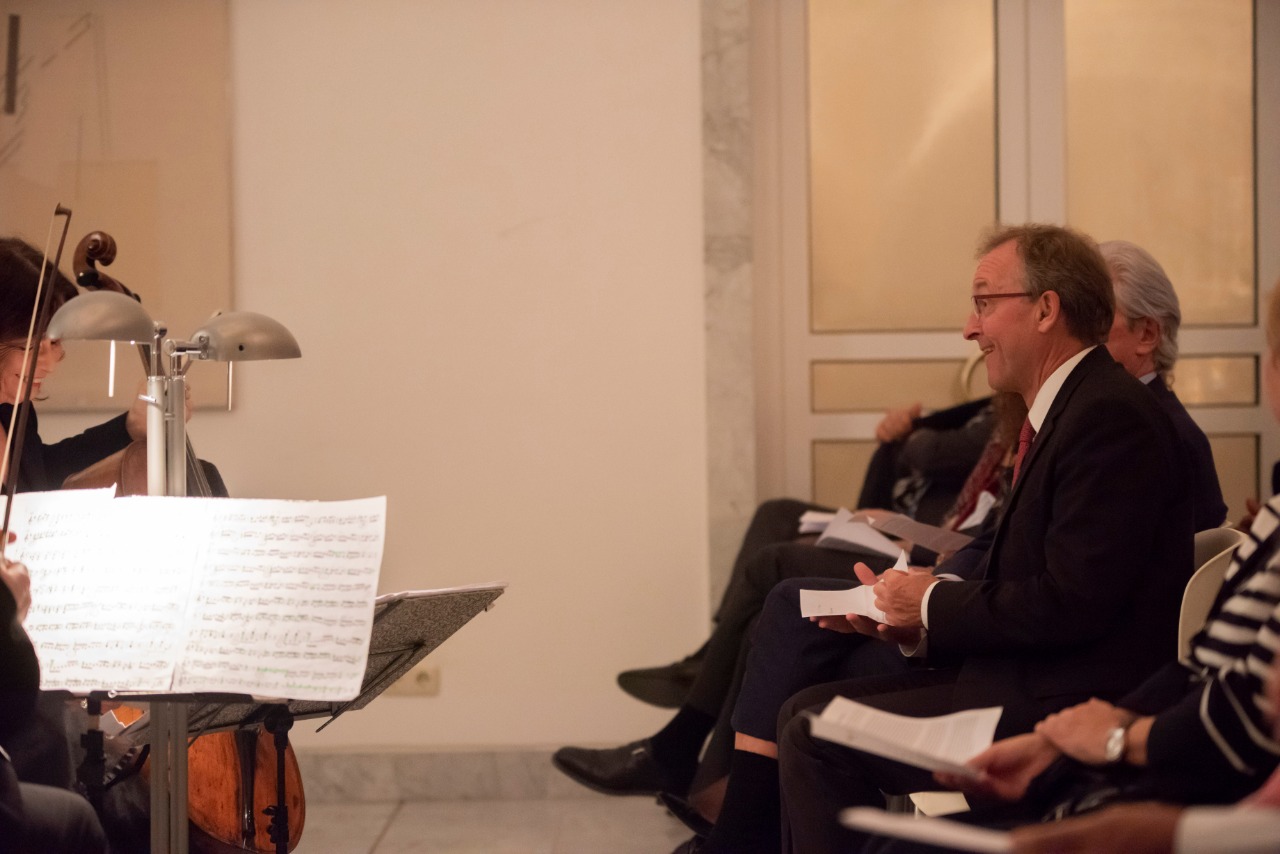