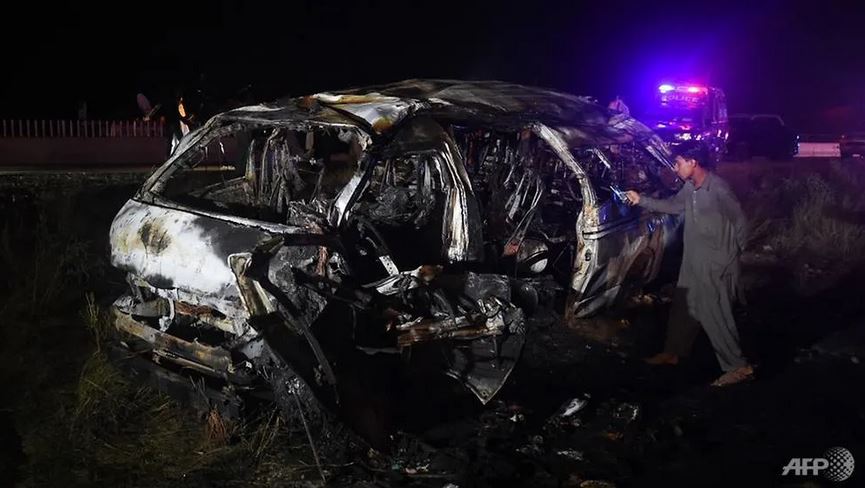 At least 13 people were killed and several others injured when the van overturned and caught fire on a highway about 50 km from Pakistan's port city of Karachi late on Sep 26, 2020. (Photo AFP/Rizwan Tabassum)
KARACHI - AP

13 killed in van fire on highway in southern Pakistan

Thirteen people were killed after a passenger van overturned and caught fire on a highway heading to Pakistan's port city of Karachi overnight, police said on Sunday (Sep 27).

The van fell in a ditch after it was struck by an object from another vehicle late on Saturday night, said Senior Motorway Police Officer Aftab Pathan.

He said the van was engulfed in flames after its fuel tank leaked. Rescuers recovered 13 charred bodies, including at least three children, while five people were pulled out alive, including a one-year-old.

Officials said DNA tests would be needed to ascertain the identity of the victims.

Such incidents are common in Pakistan where motorists disregard safety standards and violate traffic rules while battered road conditions also contribute to accidents.