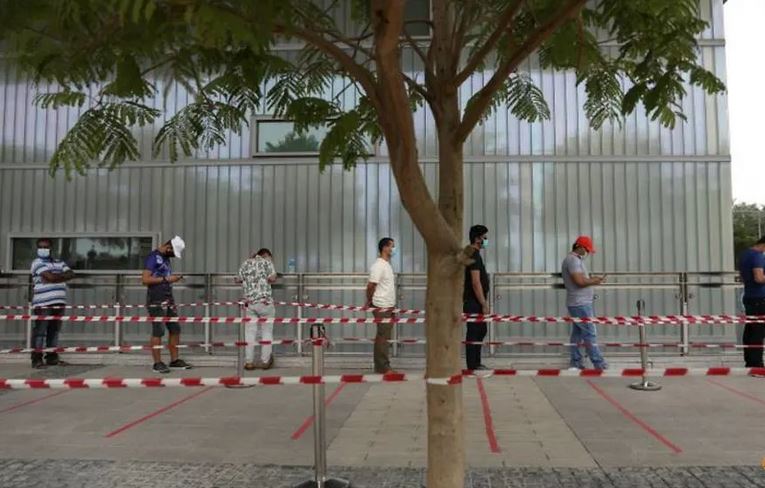 The emirate of Dubai said on Sunday (Apr 26) it has lifted its full lockdown on two commercial districts which have a large population of low-income migrant workers, after the United Arab Emirates eased nationwide coronavirus curfews over the weekend.

Dubai on Friday cut its emirate-wide 24-hour lockdown back to a 10pm to 6am curfew.

It has now taken the same step in the Al Ras and Naif districts, which had been sealed off as part of efforts to contain the spread of the virus.

The Supreme Committee of Crisis and Disaster Management took the decision since no new COVID-19 cases were recorded in the two areas in the last two days, the government media office said in a statement.

It said more than 6,000 tests were conducted among Al Ras and Naif residents in less than a month.

The UAE has reported more than 10,300 cases and 76 deaths resulting from the virus, the second-highest count among the six Gulf Arab countries after Saudi Arabia.

It does not give breakdowns for each of the seven emirates that make up the country.

The Gulf states, where expatriates make up the bulk of the labour force, have seen infections spread among low-wage foreign workers living in cramped quarters despite measures to combat the disease including the suspension of passenger flights, curfews and the closure of public spaces.

Dubai, the Middle East's business hub, on Friday allowed dine-in cafes and restaurants to resume business with a maximum capacity of 30 per cent and shopping malls to be reopened partially. Mosques, cinemas and playgrounds remain closed.