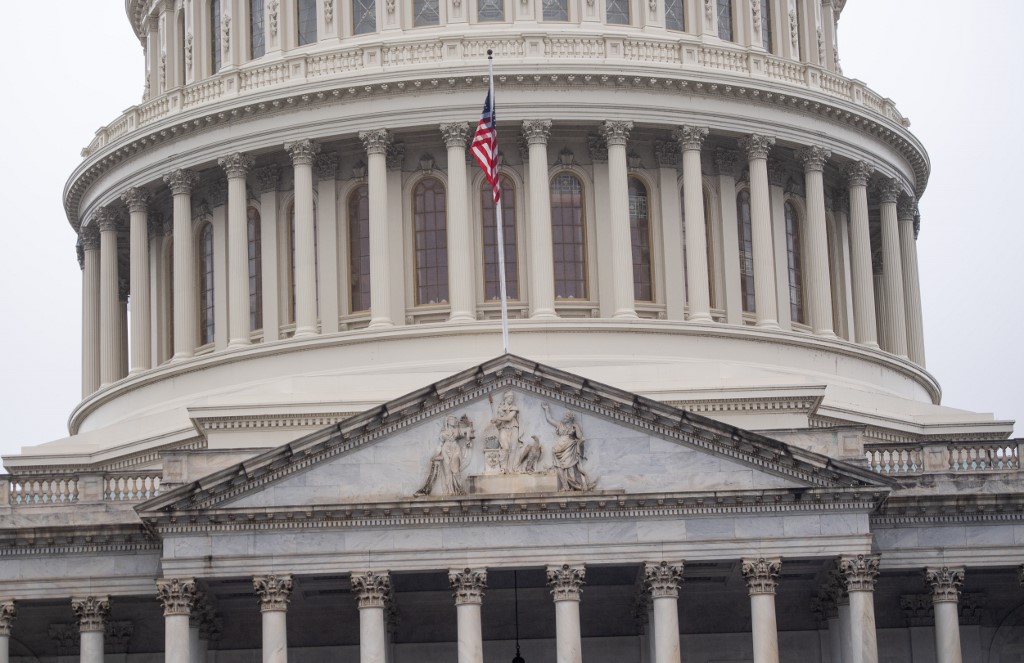 US senators and Trump administration officials have reached an agreement on a massive economic stimulus bill to alleviate the economic impact of the coronavirus outbreak, the negotiators said on Wednesday (Mar 25).

The Senate will vote on the US$2-trillion package later in the day and the House of Representatives is expected to follow suit soon after.

"This is a wartime level of investment into our nation," Republican Senate Majority Leader Mitch McConnell said in a speech announcing the pact after days of negotiations between Republican and Democratic lawmakers, Treasury Secretary Steven Mnuchin and other top aides to President Donald Trump.

Senate Democratic Leader Chuck Schumer called the measure "the largest rescue package in American history," describing it as a "Marshall Plan" for hospitals and medical needs, in a reference to the US-funded program that helped rebuild Europe after World War Two.

"Help is on the way, big help and quick help," Schumer said.

The text of the pact was not expected to be available until later on Wednesday.

It would also "stabilise key national industries" and provide financial help for hospitals and healthcare providers struggling to get equipment for sick patients, he added.

The package had been expected to include a US$500 billion fund to help hard-hit industries and a comparable amount for direct payments of up to US$3,000 to millions of US families, as well as US$350 billion for small-business loans, US$250 billion for expanded unemployment aid and US$75 billion for hospitals.

Schumer said it also included US$100 billion for hospitals and health systems, along with additional money for other health care needs.

Another US$150 billion would go to help state and local governments fight the outbreak.

Schumer said Democrats won strict oversight rules for the hundreds of billions of dollars in loans on offer to US industries.

One provision, according to a Schumer aide, would bar businesses controlled by real estate mogul Trump and his family, Vice President Mike Pence, members of Congress and heads of executive branch departments from receiving loans or investments from Treasury Department programs.

The global pandemic has killed more than 660 people in the United States and sickened more than 50,000, shuttered thousands of businesses, thrown millions out of work and led states to order 100 million people - nearly a third of the population - to stay at home.

The money at stake in the stimulus legislation exceeds the amount the United States spends on national defense, scientific research, highway construction and other discretionary programs, combined.

On Tuesday, top White House economic adviser Larry Kudlow said the US$2-trillion stimulus bill would work in tandem with US$4 trillion in bolstered lending power from the Federal Reserve.

Investors had welcomed news that agreement on the package was near. Wall Street bounced back on Tuesday from three-year lows on word the negotiators were close to a deal.

Trump, who is campaigning for re-election on Nov 3, has said he wants Americans to return to work more quickly than many medical experts had advised. On Tuesday, he set a target of the Apr 12 Easter holiday, which would ease a public health clampdown intended to slow spread of the virus.

To become law, the stimulus deal must pass the Senate, where Republicans hold a slim majority, and the House of Representatives, which is led by Democrats, and then be signed by the Republican president.

Mnuchin told reporters after the agreement was announced that Trump "absolutely" would sign it if it passed Congress.

The package "is going to be very important to help American workers, American businesses and people across America", he added.

Mnuchin urged House Speaker Nancy Pelosi to quickly schedule a vote on the measure once it clears the Senate. Aides to Pelosi, the top Democrat in Congress, did not immediately respond to a request for comment when the deal was announced well after midnight.