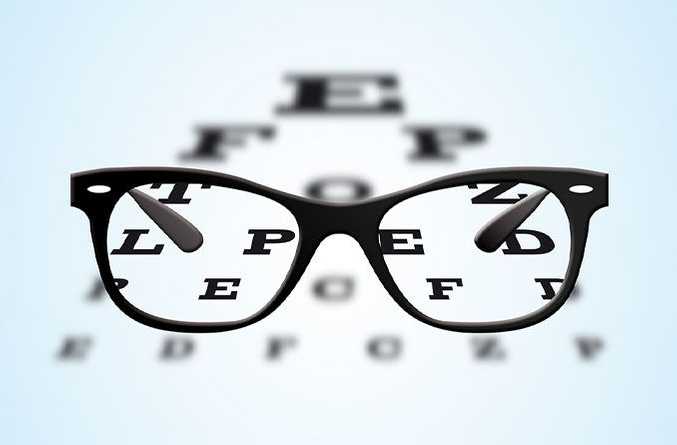 With more and more Singaporeans opting for contact lenses and Lasik, you might think that glasses have been reduced to mere accessories.

But they’re not without their uses. There will be days when you’ll need to take off those contacts to let your eyes breathe. Or it could be that post-Lasik presbyopia that has crept up on you over the years and it’s back to wearing glasses again. Whichever the case, glasses aren’t going anywhere but perched firmly on your nose.

But when was the last time you actually updated your prescription glasses or even had your eyes checked?

On average, Singaporeans get new prescriptions every two to three years, said Dr John Ang, president of the International Vision Academy. Although there are those who don’t really bother until their glasses give way, pointed out Dr Alex Ong, an optometrist and director of Ong’s Optics.

That shouldn’t be the case. Ideally, eye check-ups should be done annually – or at least once every two years. In fact, some experts say that for older individuals, such as those in their 50s, annual checks are important if there is a family history of diabetes, glaucoma or macular degeneration.

“For children at high risk of myopia, a test should be done every six months to monitor the progression,” said Dr Ang, who explained that early detection helps to manage the myopia and reduce the risks of serious eye conditions later in life.

WHAT TO CONSIDER WHEN GETTING NEW GLASSES

So, it’s been established that it’s best to have those new glasses handy sooner rather than later. But what exactly should you be looking out for when you’re at the optometrist's?

Other than picking out the trendiest frame that suits your face shape, what’s more important is ensuring how well your glasses help you to see – but here’s where it can be a hit-and-miss affair.

Your new eye prescription is derived from a series of “Can you see better with this or that?” questions as your optometrist flips different lenses in the phoropter, that testing device placed in front of your eyes. And sometimes, you may not be 100 per cent sure if the “E” on the eye chart looks clearer before or after the lens flip.

What can also contribute to the subjectivity of the prescription is the state of your eyes at that moment you go in for a checkup. If you’re there after a long day’s work of staring at the computer screen, your eyes may be strained or tired. That can cause you to make an incorrect judgement and lead to a wrong prescription.

The optometrist will be checking the fit of your new glasses but you should also take note of it yourself. After all, you’re the one who can tell your eyecare practitioner if the glasses sit well on your face. “Fit is especially important for adults who are wearing progressive lenses as their reading can be affected if the frames are ill-fitted,” said Dr Ang.

Other than fit, what are the key things to look out for and what are the red flags which signal that the prescription is wrong for you? Here are a few things to take note of, whether you’re still at the optometrist or already using those glasses.

Slight dizziness is common, said Dr Ong. “But if the wearer cannot adapt to the new prescription within a week or two, he or she should inform the eyecare practitioner and get it checked again. It may also be the pupil distance, the placement of the lens in the frame, or the frame itself that needs some fine tuning.”

“Headaches are rare, unless the jump in prescription is so high, it causes the person to strain his or her eyes a lot,” said Dr Ong.

Dr Ang agrees: “Such signs are not common when there is a low increase in power of less than 1.00 dioptre or 100 degrees.” He added that eye strain that results in headaches may sometimes not be a consequence of the lenses but the frame type, such as switching to a large aviator frame that is double the size of your old frame.

“If it affects your lifestyle and work, such as difficulty walking down stairs, and if the problem persists after a week, you should return to your eyecare practitioner for reassessment,” he said. Generally, once your eye muscles start to return to their relaxed state in a few days, the headache and eye tiredness will disappear.

Sensation of a 'floating' floor

If the level of the floor near to you looks higher than usual, especially when you tilt up your head, well, relax. “That floor ‘floating’ vision might be experienced if your prescription for myopia changes a lot,” said Dr Ong. It can also be caused if you’ve recently got lenses that correct your astigmatism or if you’ve just started wearing lenses for astigmatism, he said.

Those lenses with blue filter to counter your mobile devices’ blue light may be popular now but they may also alter your perception of colour. The world may appear more yellow than usual and while the slight colouring will not affect vision, in extreme cases, you may have double vision, said Dr Ang.

This can be worsened by an ill-fitting frame (where the pupil distance or height doesn’t suit you), or the prescription is not right, he said. Otherwise, you should be able to adapt to the blue filter lenses within a week.

HOW TO GET USED TO YOUR NEW GLASSES SOONER

Whether it’s because you’ve gotten new progressive lenses or blue filter lenses, or have gotten one with an increase in myopia or astigmatism power, it’s best to give yourself a week to get used to your new glasses.

To help your eyes get used to the new prescription, Dr Ang suggests you wear your glasses daily and don’t switch back to your old ones during the adjustment period.

“If you still face problems with your glasses after one week, it is highly advisable to return to your eyecare practitioner for an assessment and check,” he advised.