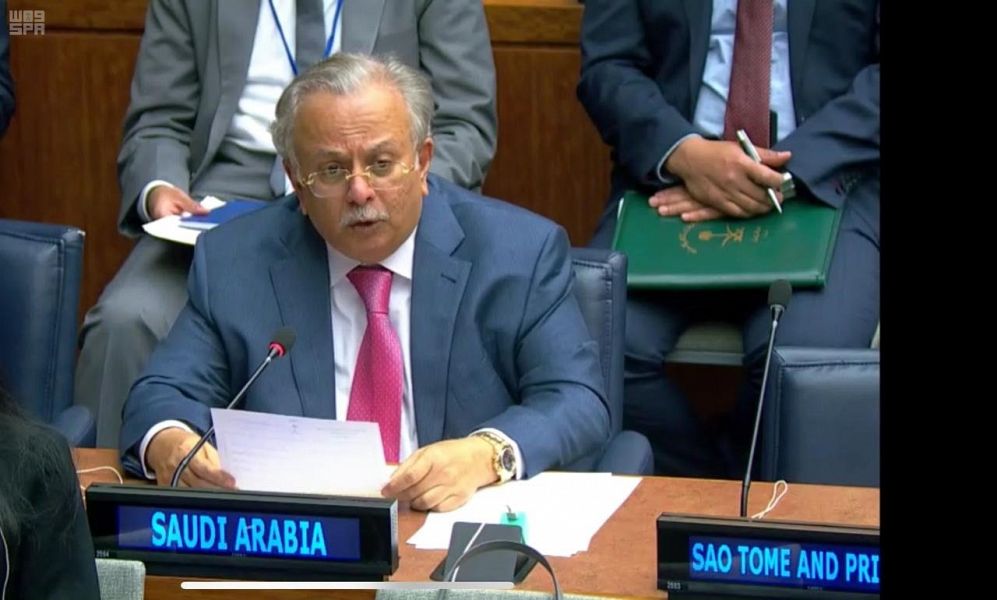 Al-Muallimi: Kingdom affirms its full support for right to self-determination by peoples under colonial and foreign domination

The Ambassador urged the administering powers to fulfill their responsibilities and abide by international resolutions, work to promote social, economic, political and educational progress in those regions, and work towards constructive and practical solutions through a serious dialogue process involving all parties in order to maintain security, peace, stability and prosperity.

This was stated in the kingdom speech delivered by him to the Special Political and Decolonization Committee (Fourth Committee) on the item relating to Non-Self-Governing Territories.

He stated that the Kingdom of Saudi Arabia reaffirms the right of the Palestinian people to self-determination and the enjoyment of all their inalienable rights, and the restoration of their legitimate rights, including their legitimate right to establish their own independent state in accordance with the relevant resolutions of international legitimacy, and the Arab Peace Initiative.

The ambassador stressed the need for the United Nations and the international community to shoulder its responsibilities to oblige the Israeli occupation authorities to comply with international resolutions and laws to end its occupation and complete withdrawal from the occupied Arab territories, including the Syrian Golan and Lebanon.

On the issue of the Moroccan Sahara, he said that the kingdom welcomes the efforts of the Secretary General of the United Nations to resume political negotiations, reiterating the principled position of the kingdom to support the initiative put forward by the sisterly Kingdom of Morocco for self-government, leading to the granting of autonomy to the Sahara region, which constitutes a constructive option aimed at achieving a realistic and just solution.

On another issue, the ambassador said, "We condemn Iran's 48-year occupation of the three islands: Greater Tunb, Lesser Tunb and Abu Musa, which are an integral part of the territory of the United Arab Emirates. We support the UAE's legitimate right to sovereignty over the islands and its demand that Iran return the islands to their owners. We also support the UAE's sincere calls for Iran to resolve this issue peacefully through direct negotiations, or the International Court of Justice."