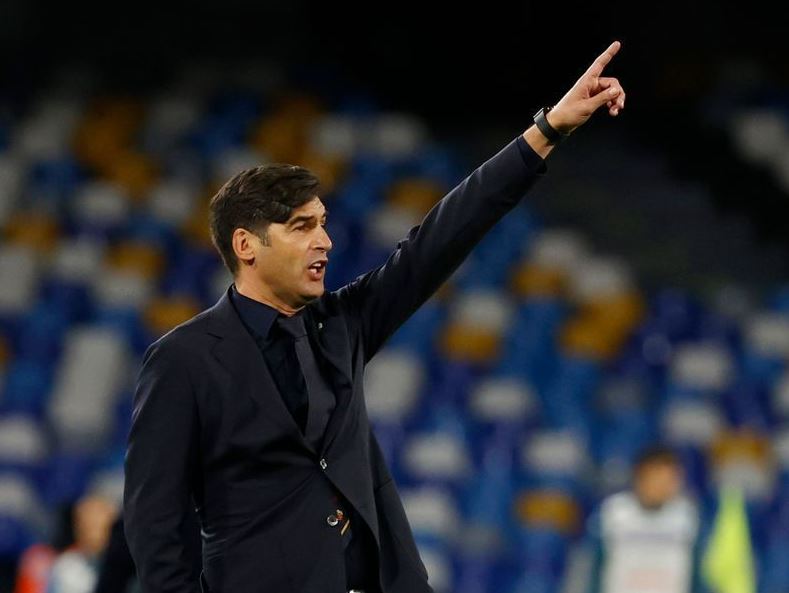 Understanding how Inter Milan play will not make it any easier to beat them, AS Roma coach Paulo Fonseca said on the eve of Sunday's Serie A showdown between the clubs.

If Roma manage to pull off the win at Stadio Olimpico, they will draw level with second-placed Inter on 36 points.

Antonio Conte’s side were on an eight-match winning run before they slipped up with a shock defeat at Sampdoria in their last game, but Fonseca is expecting a challenging task against last season’s runners-up.

“It’s true that Inter have great players but I can’t just look at that,” Fonseca told reporters.

“Inter have a great squad and a strong identity. It’s easy to understand how they play, but it’s difficult to stop.

“For me they are a team with a strong collective, but we have prepared for the game by thinking about this.”

Roma are four points behind league leaders AC Milan, who suffered their first defeat of the season against Juventus on Wednesday.

However, Fonseca would not be drawn on a potential title challenge ahead of a big week in which they also face city rivals Lazio in the Rome Derby.

“We will play to win tomorrow, it’s an important match for us,” he said.

“Then we’ll think about Lazio. It’s not right to think about any more than that right now.”