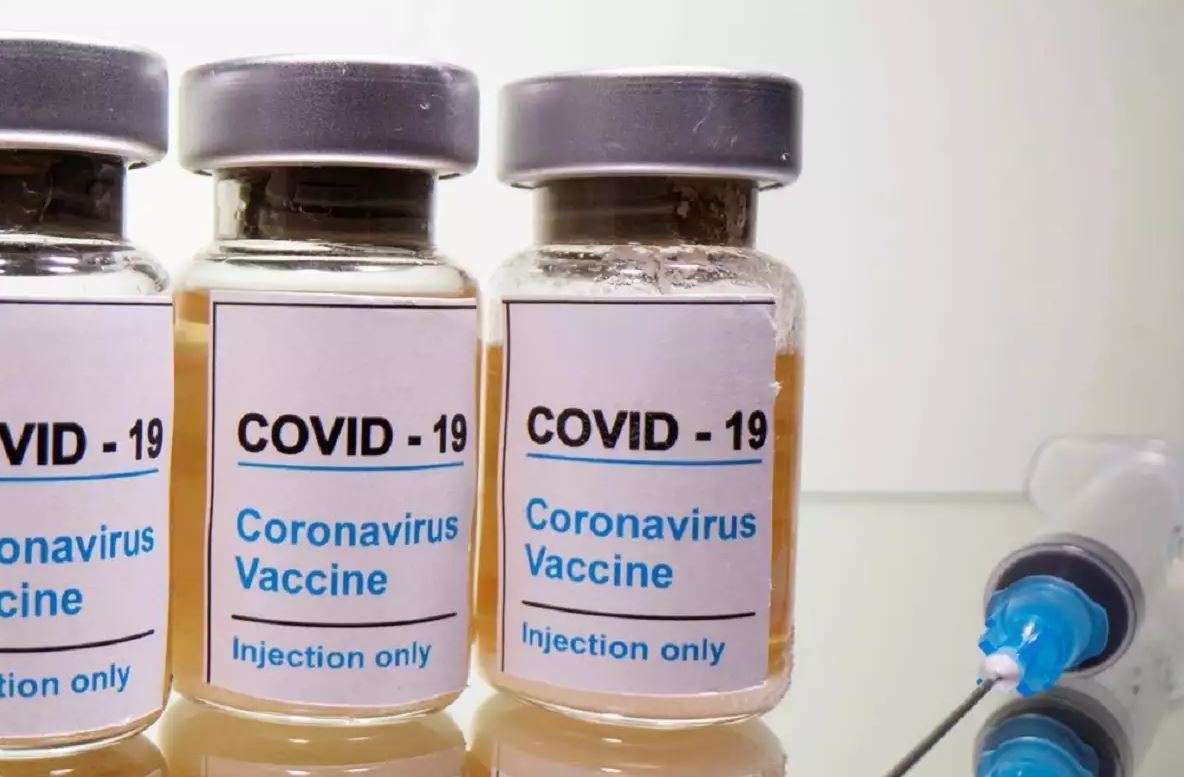 A warning from AstraZeneca that initial supplies of its COVID-19 vaccinations to Europe will be lower than expected has sparked new concern over the rollout of inoculations, with some countries planning for a sharp drop in deliveries.

Friday's announcement by the British pharmaceutical firm followed another last week by Pfizer, which said it would delay shipments of its vaccine for up to a month due to works at its key plant in Belgium.

The companies' warnings come with worry deepening over new COVID-19 variants, particularly one that emerged in Britain and which is more infectious than the original strain.

The European Union has so far approved vaccines from Pfizer and its German partner BioNTech as well as from US company Moderna.

It has not yet approved the vaccine from AstraZeneca and its partner the University of Oxford, but is expected to make a decision by Jan 29.

AstraZeneca said in its statement that if EU approval is granted, the "initial volumes will be lower than anticipated", although the start would not be delayed.

The company blamed "reduced yields at a manufacturing site within our European supply chain."

It said it would in any case supply the EU with "millions of doses" while ramping up production in February and March.

Austrian health minister Rudolf Anschober called it "very, very bad news" and said his country would receive in February only slightly more than half of the 650,000 AstraZeneca doses it had anticipated.

Lithuania said it was expecting an 80 per cent reduction in AstraZeneca doses in the first quarter.

Some government officials however sought to reassure their countries - weary and battered by months of the pandemic and already on edge over slow vaccination rollouts.

"We have new vaccines on the way. We have Pfizer, which is increasing its production capacities," French industry minister Agnes Pannier-Runacher told French radio.

"We had indicated a million people vaccinated by the end of January. We are at 950,000 today, so that objective will be surpassed."

An Italian senior health official said that Italy will have to rethink its COVID-19 vaccination plans if supply problems persist.

The country had already had to cut its daily inoculations by more than two thirds because of delays in deliveries of shots from US drugmaker Pfizer, Franco Locatelli, the head of Italy's higher health council, told a press conference.

Now that AstraZeneca Plc has also warned of cuts in deliveries to its doses - even as they await clearance for use in the bloc - Italy might have to redraw its national roll out at the end fo the month, he said.

The EU had initially ordered up to 400 million doses of the AstraZeneca vaccine.

In total, the EU has secured contracts for more than two billion vaccine doses for a total population of 450 million.

The AstraZeneca vaccine has the advantage of being cheaper to produce than that of its rivals as well as being simpler to store and transport.

German health minister Jens Spahn also sought to downplay the announcement's effect, saying that after the jab's expected approval in a week's time "there will be AstraZeneca deliveries in February."

Though he added: "How much, we must still clarify with AstraZeneca and the European Union in the days ahead."

Spahn acknowledged this was less than expected. The delay showed the production of vaccines was a much more complex task than some media headlines suggested, he added.

Spahn renewed his promise that the government would be able to make a vaccination offer to all citizens who wanted to get the shot by the summer. "If the expected approvals for further vaccines come, it will stay that way," Spahn said.

Sweden's national vaccination coordinator Richard Bergstrom said he expects his country to receive around 700,000 doses in the first month after the vaccine is authorised compared to one million expected initially.

Norway, which is not an EU member but which follows decisions made by the bloc's EMA regulator, expressed "disappointment."

Meanwhile, the Pfizer delay announced last week was continuing to cause criticism.

Pfizer said on Jan 15 that modifications at its Puurs factory were necessary to ramp up vaccine production capacity from mid-February.

"We believe that Pfizer is currently at fault," Domenico Arcuri, Italy's special commissioner for the pandemic, said in La Stampa newspaper on Saturday, confirming the country planned to pursue legal action against the company.

"The 20 per cent reduction in Pfizer vaccine supplies is not an estimation, but a sad certainty," he said, adding that Italians' health was not "negotiable".