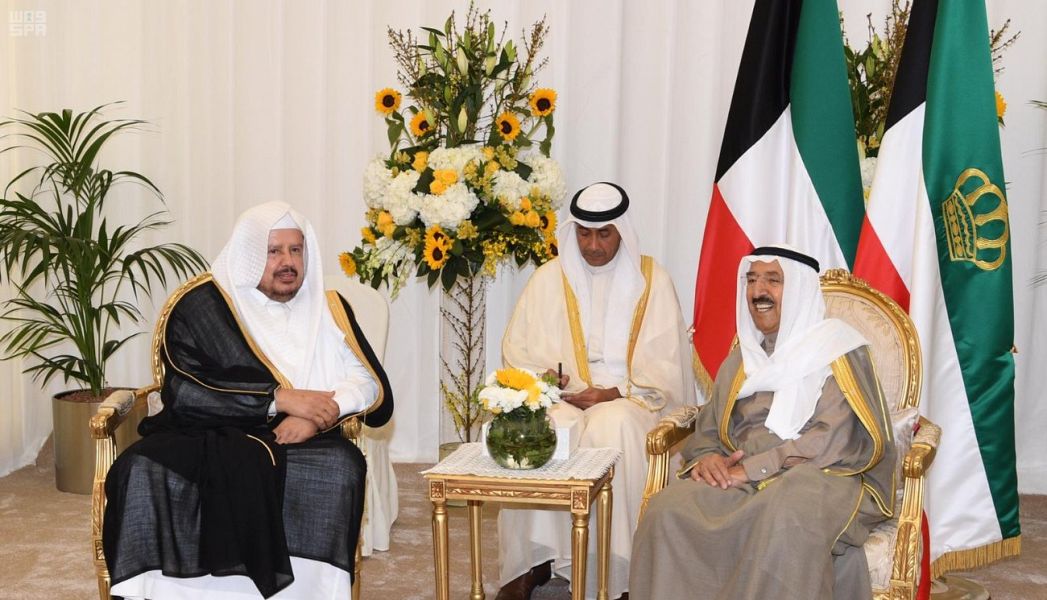 At the outset of the meeting, Sheikh Sabah welcomed the Shura
Council Speaker and the accompanying delegation, stressing the strength
and depth of the close and historical relations between the two
fraternal countries. He also conveyed his greetings to the Custodian of
the Two Holy Mosques King Salman bin Abdulaziz Al Saud and his good
wishes to the Saudi people for further development and progress.

For his part, the Shura Council Speaker conveyed the greetings of
the Custodian of the Two Holy Mosques and His Royal Highness Prince
Mohammed bin Salman bin Abdulaziz, Crown Prince, Vice President of the
Council of Ministers and Minister of Defense, to the Emir of Kuwait
Sheikh Sabah Al-Ahmad Al-Jaber Al-Sabah and their wishes to the
government and people of Kuwait for further prosperity and stability.