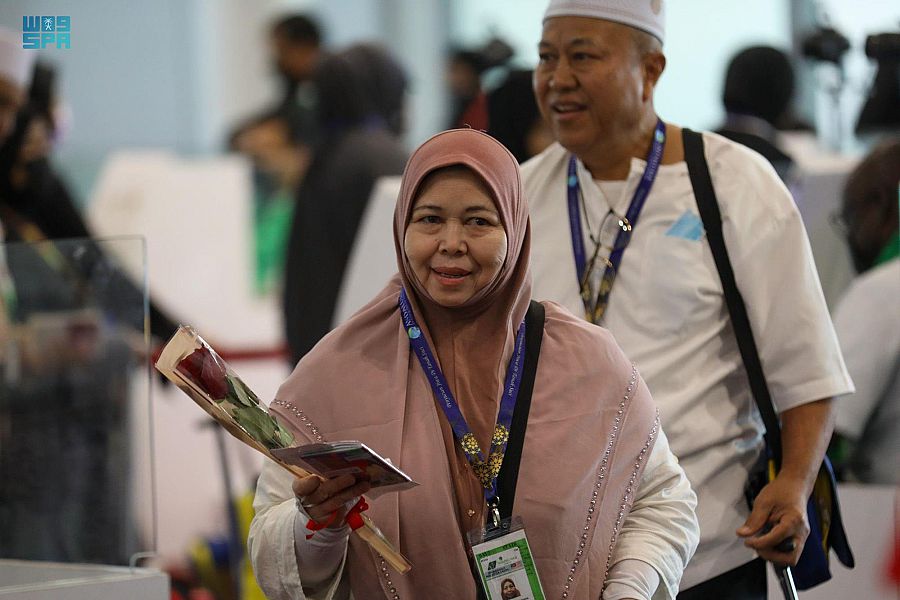 About 29,000 Pilgrims from Southeast Asia Arrive in Makkah

The company of Southeast Asia pilgrims in Makkah has received more than 29,000 pilgrims from these countries since the start of arrival of pilgrims for this year's Haj season.
Arrival circumambulation is provided for more than 25,000 pilgrims included in the "central circumambulation" program that is implemented by the company under the follow up of the coordination commission for mutawifins companies under the supervision of the Ministry of Hajj and Umra for the fourth consecutive year, through organizing pilgrims for the arrival circumambulation in a bid to avoid overcrowding at the Grand Holy Mosque and assigning several mutawifins to accompany Hajj groups before heading to the Grand Holy Mosque, where all pilgrims are required to wear bracelets with information about them, residence and detailed data, which contributes to organizing and applying plans prepared to enable pilgrims to perform rituals and prayers easily and safely.
Supervisor general on central circumambulation at the company mutawif Othman Qazzaz, during an awareness meeting on the central circumambulation program for this year’s Hajj, stressed the importance for pilgrims to abide by the program, noting that the project aims at realizing its goals according to the already set plans and programs.