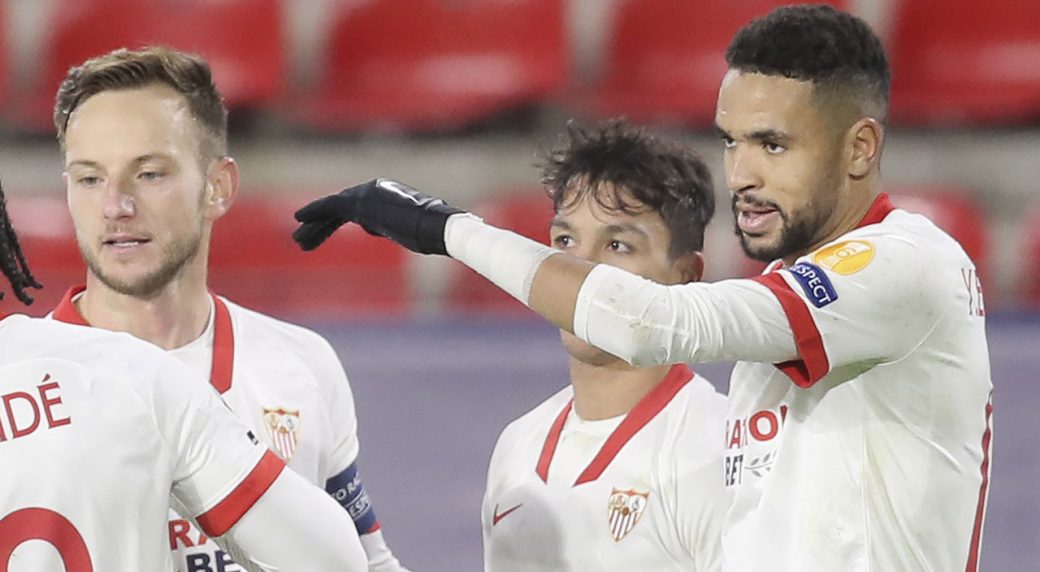 Youssef En-Nesyri scored a hat trick for Sevilla to beat Real Sociedad 3-2 in a thriller that featured four goals in the opening quarter of an hour on Saturday, according to AP.
Sevilla drew level on points in the standings with Real Sociedad, which was ahead on goal difference in fifth place. Sevilla, in sixth, also has three games in hand.
En-Nesyri opened the scoring in the fourth minute from a pass by Fernando.
Just one minute later, an own goal by Sevilla's Diego Carlos came when he attempted to knock the ball away from Aleksander Isak.
While his first goal was a simple tap into an open net, En-Nesyri's second goal in the seventh minute was a work of beauty.
The Morocco striker dribbled past three defenders before beating the Sociedad goalkeeper with a low strike.
Isak made it 2-2 in the 14th from a corner kick that reached him unmarked at the far post.
But En-Nesyri netted the winner in the 46th after firing in a low cross by Lucas Ocampos.
Sevilla defender Jules Kounde cleared a header by Mikel Merino in the second half to ensure the three points.
En-Nesyri leads Sevilla with 12 goals in all competitions this season.