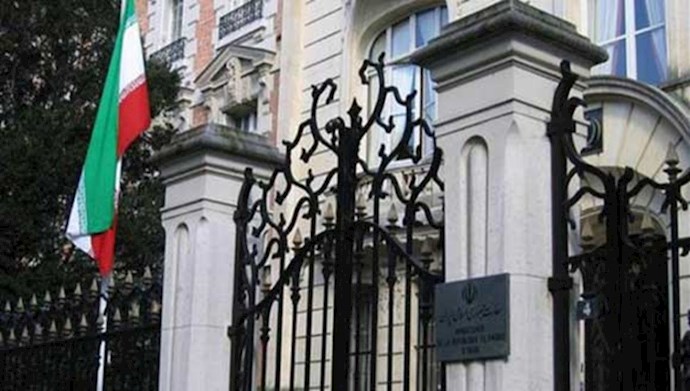 The Committee on Security and Counterterrorism of the National Council of Resistance of Iran (NCRI) makes public the enlightening letter by a former operative of the Iranian Regime’s Ministry of Intelligence and Security (MOIS) who resides in Albania to the United Nations Secretary General.

Copies of this letter have been sent to the UN High Commissioners for Human Rights and Refugees, the Secretary General of Amnesty International, the International Federation of Human Rights, the Friends of a Free Iran Group in the European Parliament, as well as the Minister of Interior and the General Director of the State Police in Albania, as well as the NCRI’s Security and Counterterrorism Committee.

The letter unveils and documents the details of a new and shocking campaign of demonization as well as espionage and terrorism against the People’s Mojahedin Organization of Iran (PMOI/MEK). The author has emphasized that he is prepared to testify and prove his revelations with ample documents and evidence before any court or impartial authority.

The author writes, “My name is Hadi Sani-Khani and I am 41 years old. I left Iran for Turkey in 2003 and then went to Iraq and joined the People’s Mojahedin Organization of Iran (PMOI/MEK) in Camp Ashraf and was subsequently relocated to Camp Liberty in Iraq.

In September 2016, the MEK facilitated my relocation to Albania. Two months later in November 2016, because I could not continue the struggle, I decided to quit the ranks of the MEK and went to the office of the UN Refugee Agency in Tirana.

During this period, I began to collaborate with official agents of the MOIS in the Embassy in Albania, such as Fereidoun Zandi Ali-Abadi and notorious MOIS agents, including Ebrahim and Massoud Khodabandeh, Gholamreza Shekari, Ehsan Bidi, and later Hassan Heyrani.

They used me in demonization, espionage, intelligence gathering, and reconnoitering schemes to carry out terrorist actions against the MEK.”

The letter adds, “Zandi insisted that I should find out and gather information about the whereabouts of Mrs. (Maryam) Rajavi (the President-elect of the NCRI) and senior MEK officials. He was specifically interested in knowing where they stayed and how many bodyguards they had.

Two other agents, Manouchehr Abdi and Saadollah Seifi assisted me in this assignment…. In March 2016, I was tasked to lead a network of a group of agents. The main responsibility of this group was to write articles against the MEK. The Khodabandeh brothers and Zandi decided the topics and provided talking points and briefs for these articles… These agents were required to set up at least one account on Facebook and one on Instagram, and write and publish 12 articles against the Mujahedin-e Khalq (MEK) every month, and continuously relay and reprint topics and content identified by the embassy or the Ministry of Intelligence.”

The letter also provides information on the amounts and methods of payments to these operative and their utilization on YouTube TV channels such as “Mardom TV”.

It reveals (the MOIS) use of journalists, (such as a reporter from Der Spiegel in 2018) to produce anti-MEK stories, as well as directives to local agents, including Olsi Jazexhi (posing as a journalist who had studied in Malaysia)

and Gjergji Thanasi (who frequently traveled to Iran), verifying the accuracy of the statements issued by the Iranian Resistance in this respect.

Considering the importance of the information in this letter especially after a court in Antwerp, Belgium revealed the modus operandi of the MOIS in Europe, the NCRI’s Security and Counterterrorism Committee recommends all Iranian compatriots to carefully read it.

Closing down the mullahs’ embassies in Albania and other European countries as well the prosecution and expulsion of the agents and operatives of the MOIS, the IRGC, and the Quds Force are indispensable to countering the Iranian regime’s terrorism and espionage and preventing the MOIS from using diplomatic sites and capabilities.