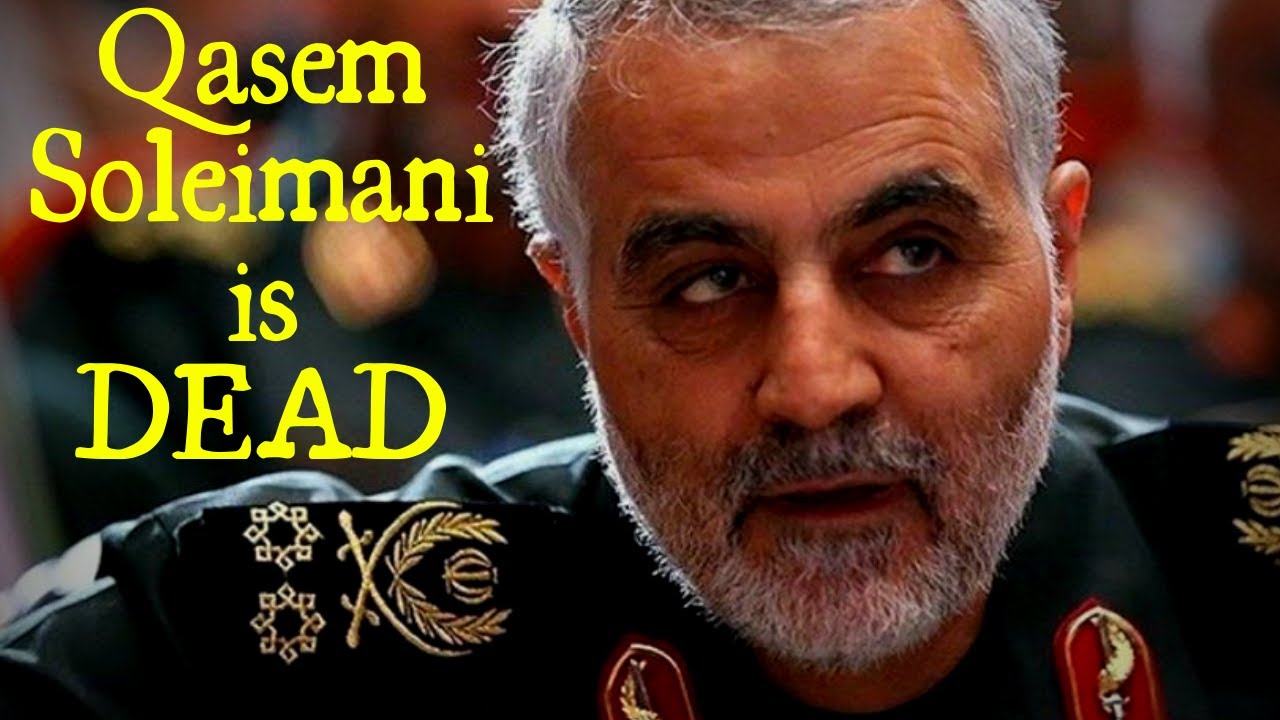 Top Iranian commander Qasem Soleimani was killed on Friday (Jan 3) in a US strike on Baghdad's international airport, Iran and the US confirmed, in the most dramatic episode yet of escalating tensions between the two countries.

The Pentagon said US President Donald Trump ordered Soleimani's "killing", after a pro-Iran mob this week laid siege to the US embassy.

As the US embassy urged all American citizens to leave Iraq "immediately", Trump tweeted out a picture of the US flag without any explanation.

Just a few hours later, the Revolutionary Guard Corps announced Soleimani "was martyred in an attack by America on Baghdad airport this morning."

The Hashed confirmed both Soleimani and its deputy chief Abu Mahdi al-Muhandis were killed in what it said was a "US strike that targeted their car on the Baghdad International Airport road".

The Hashed is a network of mostly-Shiite armed units, many of whom have close ties to Tehran but which have been officially incorporated into Iraq's state security forces.

The units joined forces to fight the Islamic State group in 2014, after many of them built up years of fighting experience during Iraq's war years, including against the US.

Muhandis was the Hashed's deputy chief but widely recognised as the real shot-caller within the group.

Both were sanctioned by the United States.

The Pentagon said Soleimani had been "actively developing plans to attack American diplomats and service members in Iraq and throughout the region".

It said it took "decisive defensive action to protect US personnel abroad by killing Qasem Soleimani", but did not specify how.

"The US bears responsibility for all consequences of its rogue adventurism," he added.

There was no immediate reaction from Iraqi officials on the strike.

He told AFP it would have "bigger" ramifications than the 2011 US operation that killed Al-Qaeda chief Osama bin Laden and the 2019 American raid that killed Islamic State group Abu Bakr al-Baghdadi.

"There is no comparison," he added.

But others said it remains unclear how Iran could respond to the blow.

"A lot of the focus is on what is the price that the US is going to pay and how Iran will retaliate against the US," said Fanar Haddad of the Singapore University's Middle East Institute.

The developments come after an unprecedented attack on the US mission in Baghdad.

A mob of Hashed supporters surrounded the US embassy on Tuesday in outrage over American air strikes that killed 25 fighters from the network's hardline Kataeb Hezbollah faction, which is backed by Iran.

The US had acted in response to a rocket attack days earlier that had killed an American contractor working in Iraq.

Trump had blamed Iran for a spate of rocket attacks targeting US forces as well as the siege at the embassy, saying: "They will pay a very BIG PRICE! This is not a Warning, it is a Threat."

US lawmakers however were not told in advance of Friday's attack, House Foreign Affairs Committee chairman Eliot Engel said in a statement.

Ties between the US and Iran have deteriorated since Washington pulled out of the landmark nuclear deal with Tehran in 2018.

It then reimposed crippling sanctions on Iran, aiming to choke off its oil exports.

The attack threatens to destabilise Iraq, which has close political and military ties with both Tehran and Washington.

The United States led the 2003 invasion against then-dictator Saddam Hussein and has worked closely with Iraqi officials since.

But its influence has waned compared with that of Tehran, which has carefully crafted personal ties with Iraqi politicians and armed factions, even during Saddam's reign

Iraqi officials have warned in recent months that their country could be used as an arena for score-settling between Iran and the US.