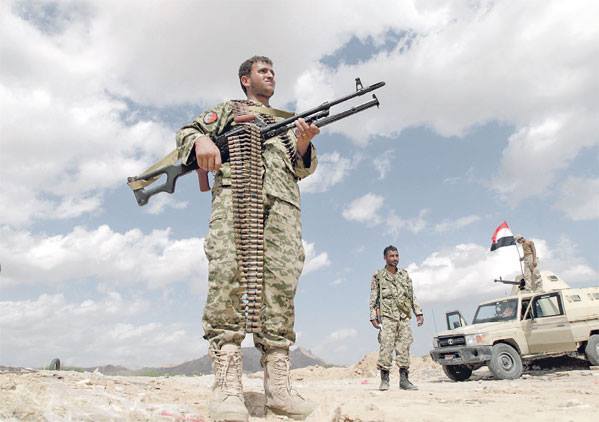 The Yemeni army today announced that it is about to cut a key road
linking Al-Hodeidah strategic province on the west of the country with
capital Sanaa, at Kilo 16 eastern of Al-Hodeidah city.

In a statement published by the Information Center, run by the
Giants Brigades, an affiliate of the Yemeni army, the GB said that its
troops are proceeding towards kilo 16 point amid huge collapse of the
Houthi militias, confirming that the Yemeni forces were meters from Nana
factory and the Red Sea silos defeating the retreating rebel troops.

The statement explained that controlling the point will cut the
military supply artery coming from the port of Al-Hodeidah to the
capital, Sanaa.