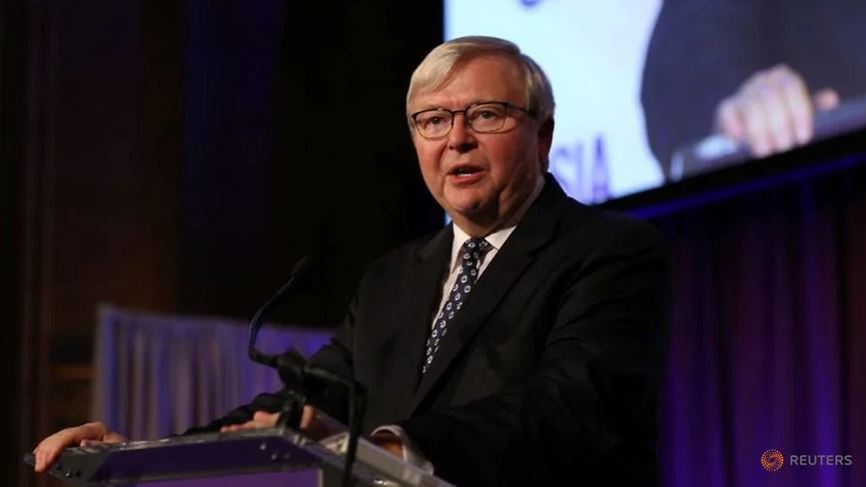 Former Australian Prime Minister Kevin Rudd has called for a major government inquiry into the tight ownership of Australian media by Rupert Murdoch's News Corp, securing more than 46,000 signatures on a petition after just two days.

Rudd, who was prime minister from 2007 to 2010 and briefly in 2013, filed a petition calling on parliament to set up a royal commission to investigate what he called the "abuse of media monopoly in Australia in particular by the Murdoch media".

"The truth is Murdoch has become a cancer, an arrogant cancer on our democracy," Rudd said in a video posted on Twitter on Saturday, urging people to sign the petition, which also called for recommendations to boost media diversity.

The petition, due to be submitted to the House of Representatives on Nov. 5, had 46,246 signatures as of Sunday afternoon, up from a few thousand on Saturday.

Australia's parliament is not required to respond to petitions, unlike in Britain, where petitions that obtain more than 100,000 signatures are considered for debate in parliament. Petitions to the House of Representatives have rarely been acted upon, according to the parliament website.

Prime Minister Scott Morrison's office and News Corp did not respond to Reuters requests for comment.

Rudd, who became leader of the Australian Labor Party in 2006 and left parliament in 2013 after the party lost an election, has previously blamed Murdoch for running a campaign to kill Labor's plan for the national broadband network in 2013.

Rudd said Murdoch's newspapers had consistently campaigned in the past 18 federal and state elections for the conservative Liberal National Party, currently led by Morrison, and against Labor.

The newspapers owned by Murdoch's News Corp include The Australian, the Daily Telegraph, the Herald Sun, and the Courier Mail. Overseas, it owns publications such as The Wall Street Journal and the New York Post in the United States, and The Sun and The Times in Britain. Murdoch also controls Fox Corp .

"There is no such thing as a level playing field anymore," Rudd said.

News Corp this year booked a US$931 million writedown on its stake in Australian broadcast business Foxtel, which has been losing subscribers to streaming giants like Netflix Inc , at the same time as its Australian newspapers have been ceding advertisers to Facebook and Google .