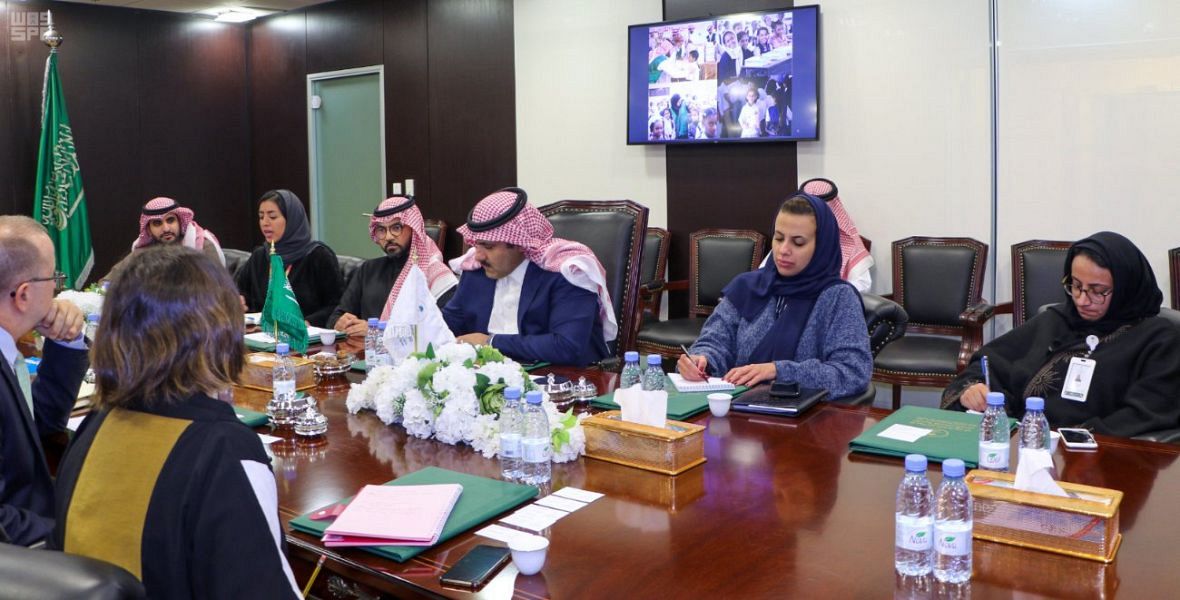 The Saudi Ambassador to Yemen, the General Supervisor of the Saudi Program for the Development and Reconstruction of Yemen, Ambassador Mohammed bin Saeed Al Jaber, here today met with a delegation from United Nations International Children's Emergency Fund UNICEF.

The delegation of UNICEF included the regional director of the organization to the Middle East countries, Ted Chaiban, and the organization's representative to the Arab countries, Al Tayyeb Adam, and the specialist in public partnerships, Hana Hamadeh.

The organization's delegation discussed with the employees of the program means of joint cooperation in the development field in Yemen.