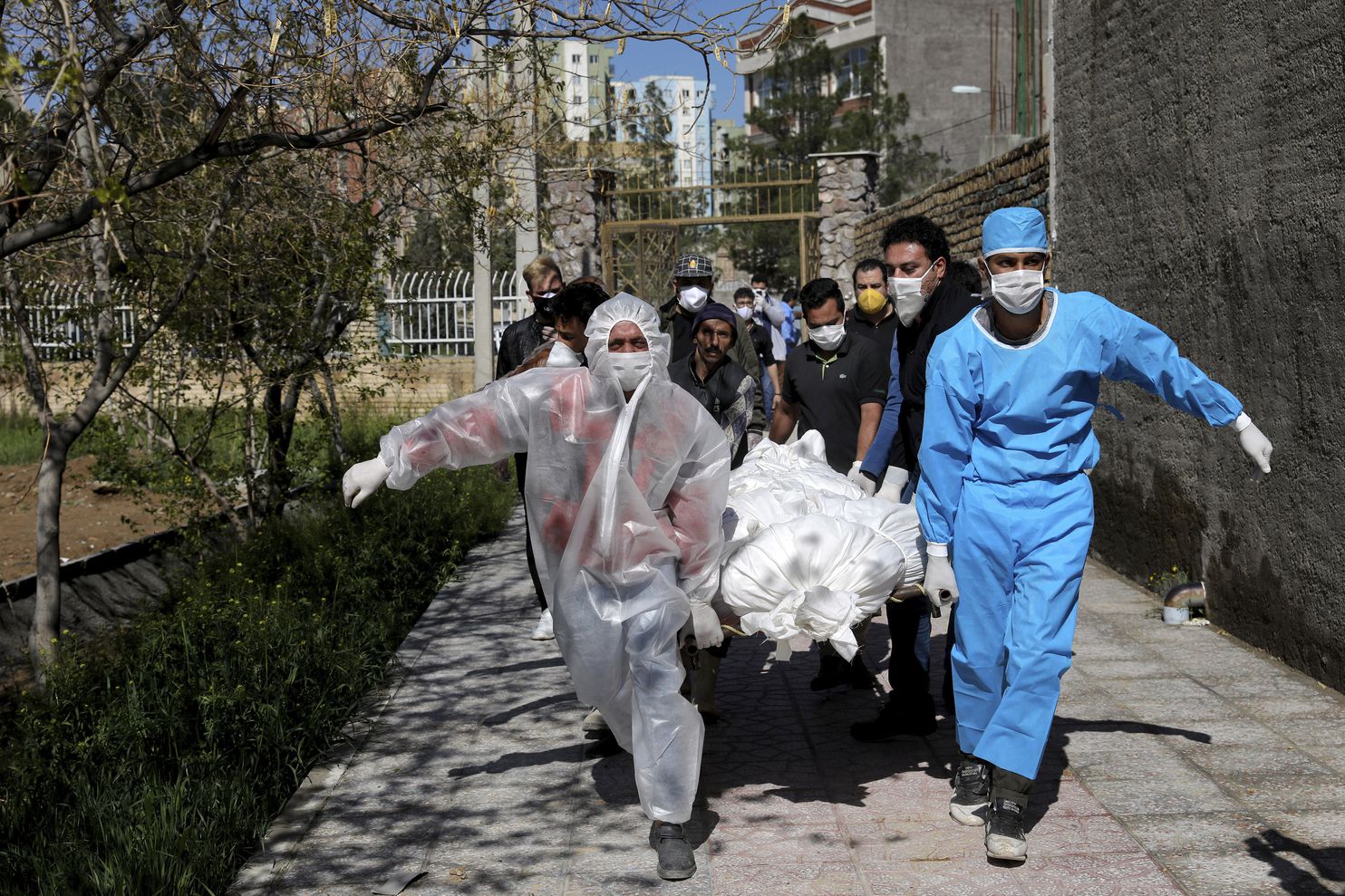 Since February 20, 2020, according to doctors' reports, 260 and 165 patients have died of Coronavirus in Tehran's Milad and Atieh hospitals, respectively. On May 28 and June 1, the MEK announced that the total number of casualties in 23 other hospitals in Tehran was 5,980. In Tehran Province, Coronavirus patients have been hospitalized in 138 public and private hospitals. In most hospitals, the number of outpatients in the first week of June has increased compared to previous weeks. In the last week of May, the number of suspected Coronavirus patients in Atieh Hospital was 40 per day, but in the first week of June, it increased to 90, the reports emphasize.

According to the official news agency, IRNA, Mohammad-Reza Shams-Ardakani, an adviser to the regime's Health Minister, acknowledging the deteriorating situation, said today, "The number of identified patients is increasing ... People should know that we will be living with the Coronavirus epidemic for the next couple of years ... In Iran, we acted quicker than Europe in reopening businesses. We thought the situation was getting normal while it was not ... Each Coronavirus test costs about 400,000 tomans for the government ... I'm sure if the situation gets worse, the restrictions will be re-imposed, and this should happen." 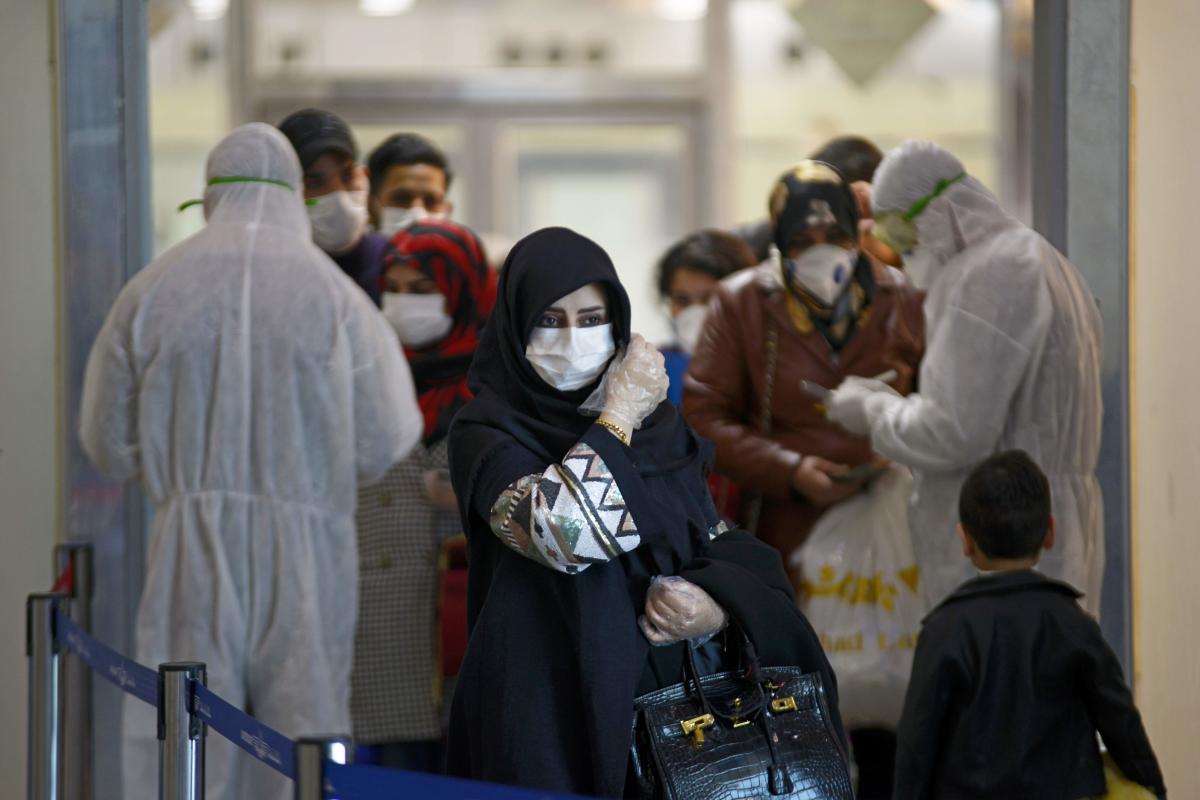 In Khuzestan, a spokesman for Ahvaz Jundishapur University of Medical Sciences told the IRGC affiliated website, Javan, yesterday, "In the past 24 hours, 764 people have contracted Coronavirus in Khuzestan. In Abadan, the Deputy head of Medical Sciences Faculty said Ayatollah Taleghani Hospital was full to capacity, affirming that several patients have been hospitalized in Khomeini Hospital belonging to the National Oil Company." "It is predicted that June will be a difficult month, and the upward trend of the disease will continue for another two weeks," he added.

In Hormozgan, a member of the so-called Islamic Council of Bandar Abbas, quoted by the state-controlled website, Bakhabar today, said, "In this critical situation, the condition in the afflicted city of Bandar Abbas is getting worse and worse every hour ... Lack of proper management can cause irreparable catastrophes that would seriously endanger the lives of thousands of citizens. Officials have not offered any solution to control the outbreak... Officials are guilty, especially because they blame the people's negligence as the cause of the explosion in (the death toll). At the same time, no effective action has been taken by the authorities to combat the spread of the disease."

Kermanshah’s Governor was quoted by Hamshahri daily as saying, "The number of those infected has an upward trend. There is no clear horizon for this disease. Yesterday, 620 tests were conducted, of which 213 were positive. This calls for an alarming situation in the Province."

In Golestan, the Province's political and security deputy told Tasnim news agency yesterday, "In recent days, more people suspected of being infected with the Coronavirus have gone to hospitals… And there is the possibility of the spread of the virus. If the number of infected and those hospitalized goes beyond a certain level, new restrictions and decisions will be put in place immediately."

In Zanjan, the president of the Medical Sciences University was quoted by IRNA as saying today, "Coronavirus is on the rise in the Province. Ijroud and Soltaniyeh were virus-free. But now Ijnourd is in red state."

Alireza Mahjoub, a member of the Coronavirus Prevention Committee, was quoted by the state-run Rahbord Mo' aser (Contemporary Strategy) yesterday, as saying, "Government mismanagement, lack of supervision, and control… are among the reason for the rise in the disease in previous enclaves and many clean areas of the country… Giving priority to the people's livelihood through a collective health policy has brought the country to a point where Coronavirus is increasing in the country today. The disease has not been contained, managed, and controlled in the country."