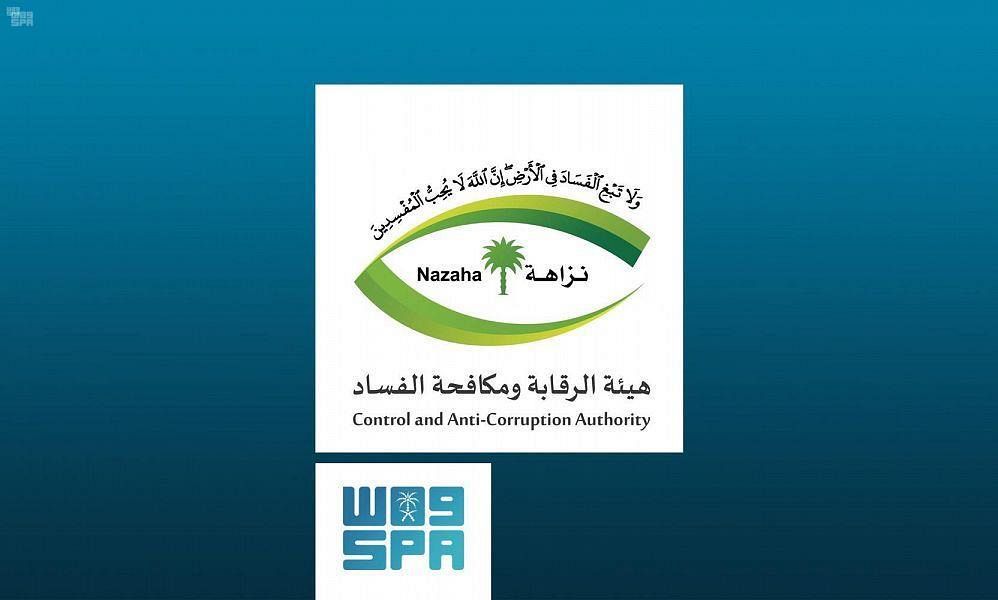 ​An official source in the Control and Anti-Corruption Authority stated that preliminary rulings were issued for a number of financial and administrative corruption cases, the most prominent of which were as follow:

The first case: the arrest of a judge red handed in the general court at one of the regions, and was accused with bribery. upon referring him to the competent court, a ruling was issued for (4) years in prison and a fine of (130000) one hundred and thirty thousand riyals. Also a ruling against a mediator for 5 months imprisonment and a fine of (20000) twenty thousand Riyals.

The third case: one of the citizens deluded two expatriates of the possibility of abolishing the deportation penalty issued against them in exchange for a financial amount of (800,000) eight hundred thousand riyals, and by accusing them of paying a sums of money in the form of bribery, money laundering and commercial concealment. Upon referring them to the competent court, rulings were issued against them to imprison the citizen for two years and imprison the two expatriates and their employer for two and a half years, and fining each one of them an amount of (20,000) twenty thousand riyals and confiscating the amount of (799,500) seven hundred and ninety nine thousand five hundred riyals, with the deportation of the two expatriates from the country after the end of their sentences.

The fourth case: two employees of the Education Department in one of the regions were accused of forgery, embezzlement of public funds, money laundering, and administrative misuse. Upon referring them to the competent court, a ruling was issued against them as for the first he was sentenced for ten years in prison and a fine of (1,020,000) one million and twenty thousand riyals, and he has to return the embezzled amount of (13,202,485.25) thirteen million two hundred two thousand four hundred and eighty five riyals and twenty five halalas, and prevent him from traveling for a period of four years after the execution of the ruling, and the second one was sentenced for 9 months in prison, and fine him (20,000) twenty thousand riyals, as well as return the embezzled amount of (19,319.20) nineteen thousands three hundred and nineteen riyals and twenty halalas.

The sixth case: a number of violations and abuses on some of companies executing a number of projects in the city of Riyadh were detected, and after completing the investigation procedures, (23) persons were accused of bribery crimes, embezzlement and squandering of public money, money laundering and administrative misuse. They were referred to the competent court and rulings have been issued against (17) Persons, including (10) employees in the Municipality of Riyadh and two businessmen for imprisonment of periods ranging between six months to five years and financial fines totaling (1,385,000) one million and three hundred and eighty five thousand riyals, and confiscation of the amounts of money subject to the lawsuit amounting to (130,000) one hundred and thirty thousand riyal.

The seventh case: investigation procedures included charging an officer with a rank of Major and a non-commissioned officer with a rank of a sergeant in the Ministry of Defense for committing embezzlement of (3,600,000) and having a side business. Upon referring them to the competent court, a ruling was issued against them, the first person was sentenced for five years and a fine of (20,000) twenty thousand riyals, and the second for imprisonment of (2) years, and a fine of (30,000) thirty thousand riyals.

The eighth case: an employee of the Ministry of Interior was accused for the crime of forgery and administrative misuse, resulting in public harm by disbursing sums not due to him, and by referring him to the competent court, he was sentenced for (3) years, and a fine of (120,000) one hundred and twenty one thousand riyals, and confiscate an amount of (67,941) sixty-seven thousand nine hundred and forty-one riyals, and oblige him to return the sums illegally obtained which amounts to (70,898) seventy thousand eight hundred and eighty-nine riyals.

Several rulings were issued for other defendants regarding administrative and financial corruption cases that require imprisonment ranging from three months to a year as well as financial fines.

The Authority reaffirms its continuation to monitor anyone who embezzles on public money or exploits their job to achieve hisher personal gain or harm the public interest, and that it will continue to apply the law on violators.