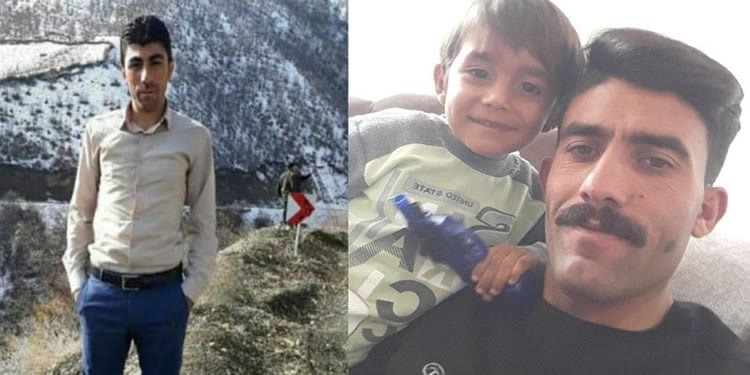 Iran: 12 executions last week and a large number of prisoners on death row

The Iranian theocracy executed at least 12 prisoners in in numerous vcities last week. One of those executed was a female prisoner hanged in Sepidar Prison in Ahvaz.

These are just some of the death sentences that have been made public. Many prisoners are secretly executed. Many more prisoners are on death row.

execution of young man arrested at 16

Iranian authorities’ plans to execute a 30-year-old man, Mohammad Hassan Rezaiee, for a crime that took place when he was 16 years old and following a conviction based on “confessions” extracted under torture, Deputy Director for the Middle East and North Africa at Amnesty International, Diana Eltahawy, said: “After more than 12 years on death row, Mohammad Hassan Rezaiee was transferred to solitary confinement in Lakan Prison in Rasht on Thursday, and his family was told that his execution would be carried out ‘in a week’. The Iranian authorities are yet again waging an abhorrent assault on children’s rights and making an absolute mockery of juvenile justice”

Two Kurd border porters “kolbars” were killed by Iranian border forces on November 18, in West Azerbaijan Province, northwestern Iran. They were identified as Vasim Fardinzadeh from Oshnavieh, and Hakan Mohammadzadeh who was married and had two children and lived in Salmas. The two border porters were targeted without warning.

Kamal Alam Holavi, a Kurdish man was killed on November 6, when security forces opened fire on a group of porters, directly targeting them from close range without warning.

Iranian authorities took new steps to suppress dissent in various cities ahead of the first anniversary of the nationwide 2019 protests that ended in a deadly state crackdown.

The Iranian regime deployed more security forces in various cities under the pretext of preventing the spread and increase of the Coronavirus casualties, in order to suppresses dissent ahead of November 2019 protests anniversary.

Earlier the commander of the Islamic Revolution Guards Corps (IRGC) of Greater Tehran, Mohammad Reza Yazdi, announced the formation of a special coronavirus-related unit called “Enjoining the Good and Forbidding the Evil.”

This is while, the spread of the virus has become a disaster due to the inaction of the government. Human rights organizations and activists have previously warned about ramping up repression by the regime under the pretext of restricting the pandemic.

Once again Condemnation of the Iranian regime by the UN

On Wednesday, December 17, the Iranian regime was condemned for the 67th time in the UN General Assembly for egregious and systematic violations of human rights in Iran, including extrajudicial executions and enforced disappearances.