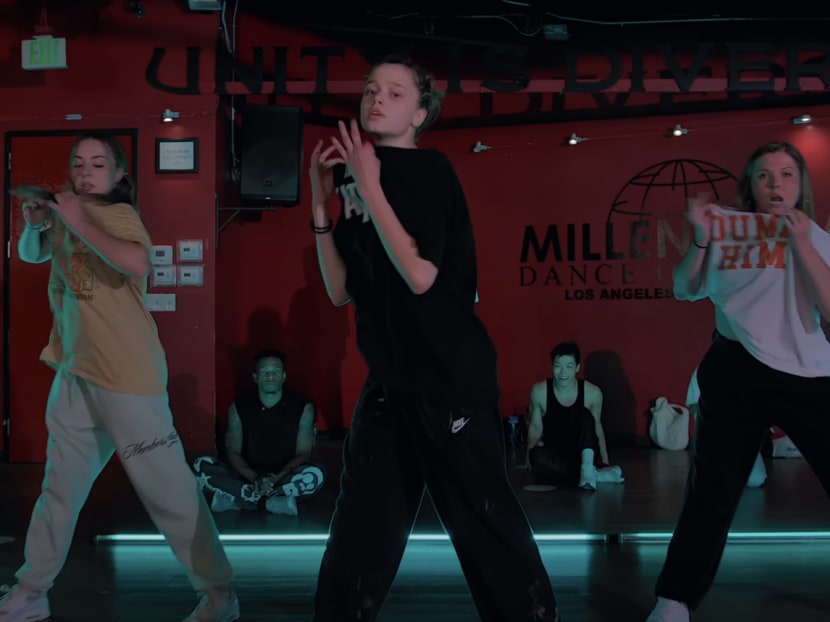 Brad Pitt and Angelina Jolie might be two of the world’s most well-known actors, but their daughter has shown that the apple hasn’t fallen far from the tree, in terms of talent. Despite her minor acting credits as a child, Shiloh Jolie-Pitt appears to be much more comfortable on the dance floor.

The 16-year-old appeared in a video uploaded by choreographer Hamilton Evans from Millennium Dance Studio in Los Angeles, dancing to Vegas by Doja Cat. The song is part of the soundtrack for the upcoming Elvis Presley biopic.

About two and a half minutes into the video, Jolie-Pitt demonstrated the choreography that Evans had taught in the centre of her group. Her family’s heritage in the entertainment industry – besides her parents, her grandfather Jon Voight is also an acclaimed actor – showed as she made eye contact with the camera, exuding confidence while busting out moves to the track.

The video has garnered around two million views since it was uploaded on Jun 13. Moreover, YouTube’s view count graph function, which shows up on some videos when users hover over the video progress bar, shows that the point where Jolie-Pitt starts dancing was replayed and rewatched more than any other part of the video.

Viewers were generous to her in their comments as well, saying that it was “beautiful to see her grow into her own talent because she got a whole lot of DNA from her parents”, or that “Shiloh has come out of her shell”.

One comment noted her star power as a celebrity child, saying: “I am so happy that Shiloh being in it is getting more people to come and check this out.”

Millennium Dance Studio describes itself as “Hollywood’s hottest dance studio”, with Justin Timberlake, Sean “Diddy” Coombs and Pink reportedly among its clientele. Jolie-Pitt has also appeared in several of their choreography videos, including one for Shivers by Ed Sheeran.