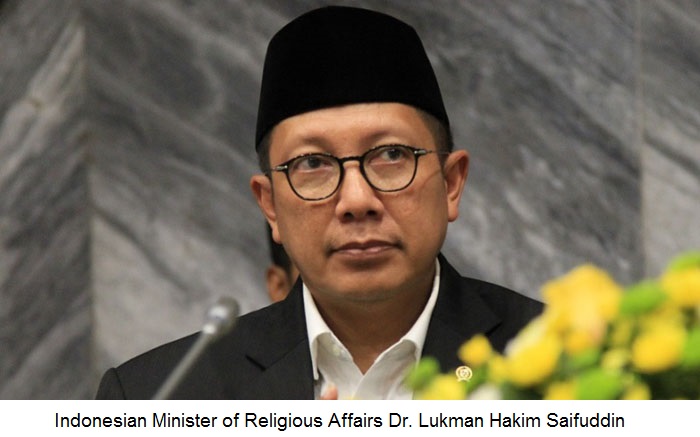 Indonesian Minister of Religious Affairs Dr. Lukman Hakim Saifuddin has praised the services being provided by the Makkah Road Initiative to facilitate the travel procedures of Indonesian pilgrims to the Kingdom of Saudi Arabia to perform Hajj rituals, pointing out that it comes to provide comfort in pilgrims' traveling from the moment they leave Jakarta for performing Hajj rituals until they return safely to Indonesia.
This came in a statement to the Saudi Press Agency after the launch of the Makkah Road Initiative today at the Soekarno–Hatta International Airport.
The Minister also said that this initiative is one of great services being provided by the Kingdom of Saudi Arabia under the leadership of the Custodian of the Two Holy Mosques King Salman bin Abdulaziz Al Saud to the two holy mosques, holy sites and their visitors. He pointed out that Muslims around the world witness the continuous development every year in the services being offered by the Kingdom to pilgrims and Umrah performers.