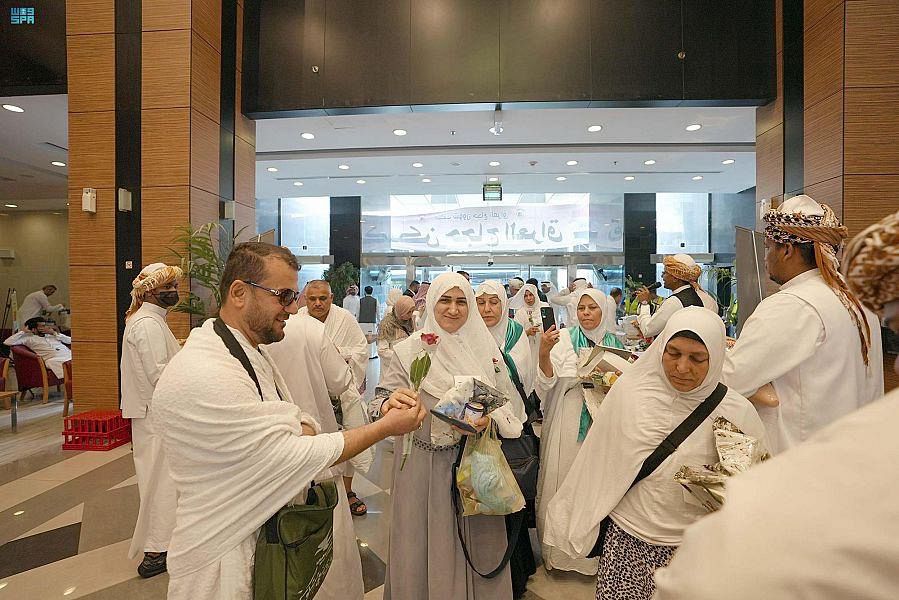 The first batch of Arab pilgrims from Iraq comprises more than 1,000 pilgrims who represent various areas of Iraq, and were distributed to five field service centers.

Pilgrims coming from Iraq expressed their happiness for the efforts exerted by the government of the Custodian of the Two Holy Mosques and His Royal Highness the Crown Prince, in providing the best and top services to pilgrims, extending their sincere gratitude and appreciation for what they received of hospitality that reflects the extent of the Kingdom of Saudi Arabia's interest in its guests who come from all corners of the world to perform Hajj rituals.