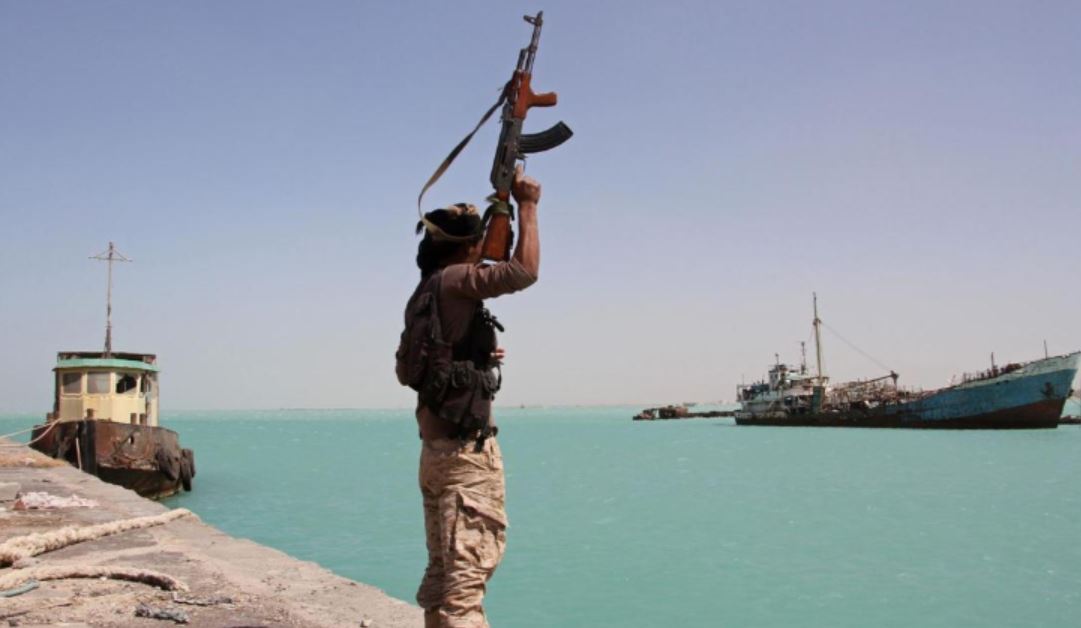 Pro-government forces patrol the port of the western Yemeni coastal town of Mokha as they try to drive the Shiite Houthi rebels away from the strategic Bab al-Mandab Strait. (Saleh al-Obeidi/AFP/Getty Images)
Minister Moammar Al-Eryani* (themedialine.org)

The relationship between the Western and Eastern worlds depends greatly on the stability of maritime navigation through the Hormuz and Bab al-Mandab straits due to their central geographical location at the junction between Europe, Asia and Africa. Many Western countries also depend on trade relations with the Arab region, especially the Arab Gulf countries.

Furthermore, the economic recession that the world is witnessing has forced many countries to rethink their geopolitical balances. Although the US administration, for example, decided to gradually withdraw from the Middle East, the economic repercussions will force it to prioritize stability in the region and Yemen in particular. Several European countries are also trying to do this, in a race to secure international trade lanes and promote their leading role in maritime navigation along these important routes.

The paradox here is that China is fully aware of the importance of this region and seeks to restore its global glory through the Chinese Belt and Road Initiative, investing in Djibouti and implementing mega infrastructure projects there in preparation to gradually impose itself on the region while undermining the opportunities for the United States of America in particular.

Economic estimates indicate that the gross national product of the Red Sea region will more than triple by 2050, from $1.8 trillion to $6.1 trillion. Despite these potentials, economic forecasts based on current data indicate that investment in global trade through this lane will not increase much during the coming decades due to the instability of the region.

This forecast could change dramatically if there were joint efforts to secure the region, potentially increasing the volume of global trade through the Red Sea and Bab al-Mandab Strait more than five times by 2050, from $881 billion to $4.7 trillion.

Despite many initiatives to combat terrorist activities that threaten maritime operations in the Red Sea and the Hormuz and Bab al-Mandab straits, the Western world is only dealing with the symptoms, not the roots of the problem in the region. What should be done is to simply adopt the strategy known as the upstream theory, which traces the symptoms to the root causes of a problem.

On November 8, 2022, the US Navy intercepted an Iranian ship carrying materials used for the manufacturing of weapons as it was en route to Yemen. According to experts, they detected 70 tons of ammonium chlorate, used in the manufacture of ballistic missile fuel and 100 tons of urea fertilizer, used in making explosives. In a statement, the US Naval Forces Central Command announced that the ship posed a threat to commercial navigation and the region’s security. It disposed of the contents and sank the ship after handing its four Yemeni crew members over to the Yemen Coast Guard.

This wasn’t the first time that such shipments were intercepted. Since 2015, the US Navy has intercepted several ships carrying various weapons shipments and components for manufacturing ballistic missiles and drones. Earlier this year, it was also announced that a similar ship from Somalia carrying a shipment of urea was on its way to the Houthis. Likewise, in early 2022, the British Royal Navy seized an Iranian ship loaded with missiles in the Gulf of Oman that was bound for the Houthis. By evaluating the contents of the ship, explosives experts were able to link it to the attack carried out by the Houthis on the United Arab Emirates capital of Abu Dhabi in January 2022. 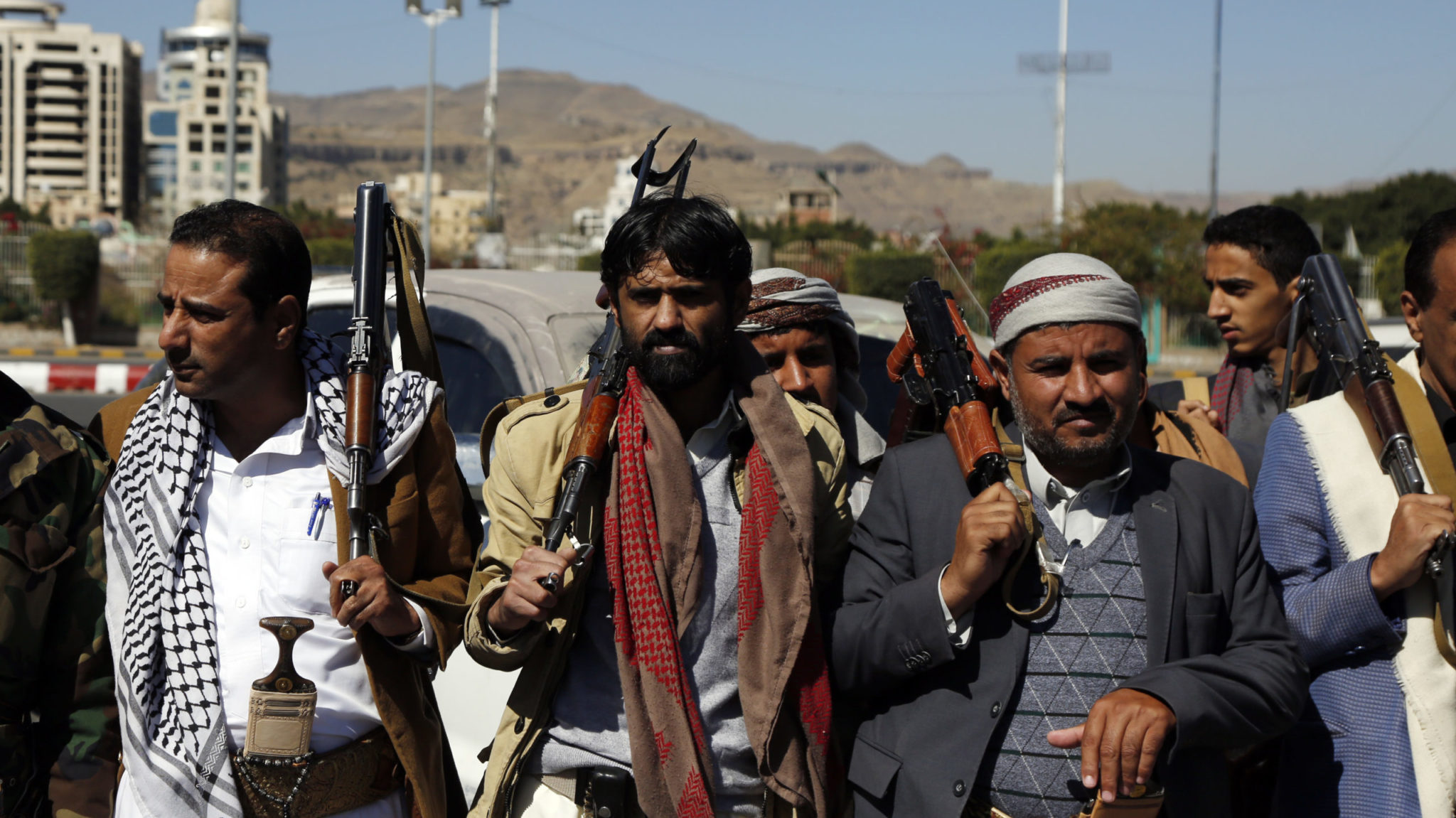 We have seen how in 2016 the Houthis fired missiles at the US Navy near Bab al-Mandab, indiscriminately planted sea mines in territorial waters, used a remote-controlled boat bomb to attack Mocha in the Red Sea in 2017, attack Saudi ships in Hodeidah port in 2018, and more recently attack the Yemen ports of Al-Nashima in Shabwa and Al-Dhaba in Hadramout governorates, and targeted an oil tanker in Qena oil terminal in Shabwa in November 2022.

We also followed Iran using a bomb-laden drone to target the Pacific Zircon oil tanker off the coast of Oman on November 16, 2022, which caused minor damage to the hull of the tanker, in an attempt to influence energy supplies during a global crisis, as well as its efforts to impose conditions on the negotiations to revive the Iranian nuclear deal and to pass its expansionist policies in the region.

We also anticipate a looming environmental catastrophe with the aging supertanker Safer FSO, anchored in an advanced state of decay off the Yemini coast in the Red Sea. This will cost nearly $80 million to handle, and since 2015 the Houthis have denied access to a United Nations technical team to assess the situation and commence the required remedies.

It has become clear that the Houthis’ control of parts of Yemen with the support of Iran and in breach of all agreements including the Stockholm Agreement and the UN-sponsored truce, undermining all de-escalation and peace efforts and violating all international laws, charters and Security Council resolutions, does not pose a threat to Yemen only, but also to the safety of commercial ships and the security of international shipping lanes.

In April 2022, a new security team was formed by the US and British navies with other allied countries to monitor the Red Sea, stabilize navigation and secure the important international trade lines through the Bab al-Mandab Strait, the Red Sea and the Gulf of Aden.

Since May 2022, several European countries led by France have called for an extension of the powers of the European Supervision Mission on the Strait of Hormuz, which was formed at the beginning of 2020 by eight European countries, to include the Red Sea and the Indian Ocean through the Bab al-Mandab Strait. The importance of this path lies in the fact that 10% of world trade passes through this strait, and it is expected to increase after the Russian-Ukrainian war.

Since the eruption of the Russian-Ukrainian war and the boycott of Russian oil, European countries have been trying to find alternative oil supplies, turning to the Arabian Gulf, which is the best option in terms of abundance and infrastructure. Furthermore, Italy and Germany secured new deals with Qatar, and France did the same with the UAE. The matter is not limited to oil, but there are understandings of cooperation between Europe and the Arab Gulf regarding clean energy as an extension of the previous agreements on green hydrogen between the European Union, Saudi Arabia and the UAE.

In addition to the active role played by the Saudi-led coalition in securing international shipping lanes in the Red Sea and Bab al-Mandab and thwarting dozens of terrorist attacks that the Houthis planned in the past eight years using remote-controlled booby-trapped boats and naval mines, all of which are military techniques imported from Iran. 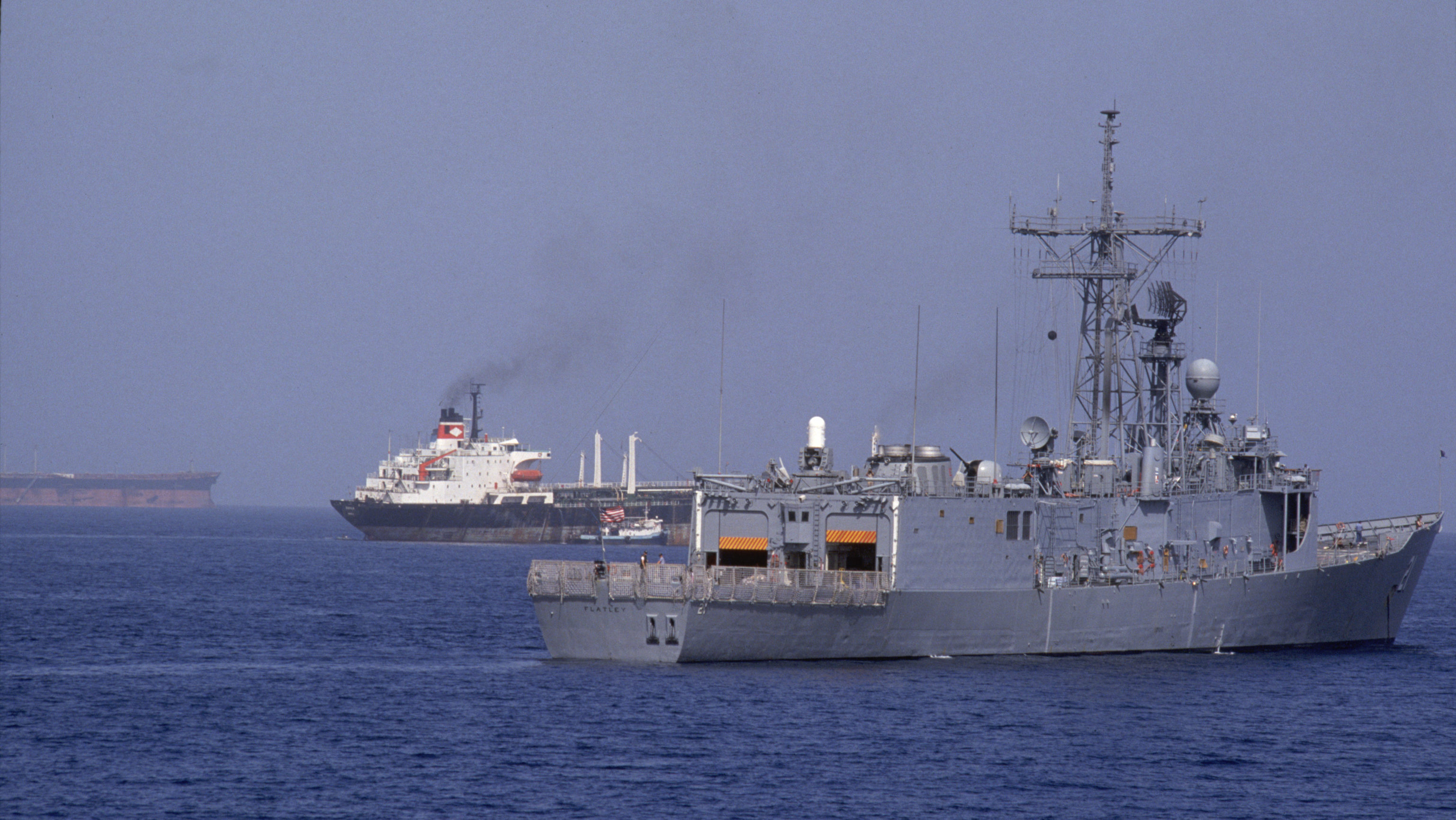 The French Commandant Bory patrol ship on a mission to observe the movements of oil tankers and war ships in the Strait of Hormuz. (Jacques Langevin/Sygma/Sygma via Getty Images)

Instead of forming more initiatives and spending millions and a great deal of effort in protecting commercial shipping lanes, the concerned American and European leaders in particular must devote efforts to support the Yemen’s Presidential Leadership Council and the legitimate government that represents the entire Yemeni political and social spectrum, helping it to impose control and establish security and stability along the coastal strip in Yemen.

This is in addition to limiting the Houthis and their military capabilities, which have recently been involved in the undeclared Iranian war on the energy infrastructure, facilities, ports, and oil tankers in international waters. This can be achieved by designating Houthis as a terrorist organization and listing them on international terrorist lists, drying up the financial, political, and media sources of the movement, and enacting laws that impose penalties on its leaders, freeze their assets, and ban their travel.

Evidence is there and solutions are on the table. Can the US and European countries deal with the root causes of the problem, or will they continue to waste more time dealing with the symptoms? 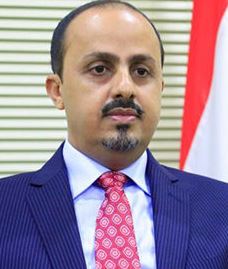 * Moammar Al-Eryani is the minister of information, culture and tourism of the Republic of Yemen.