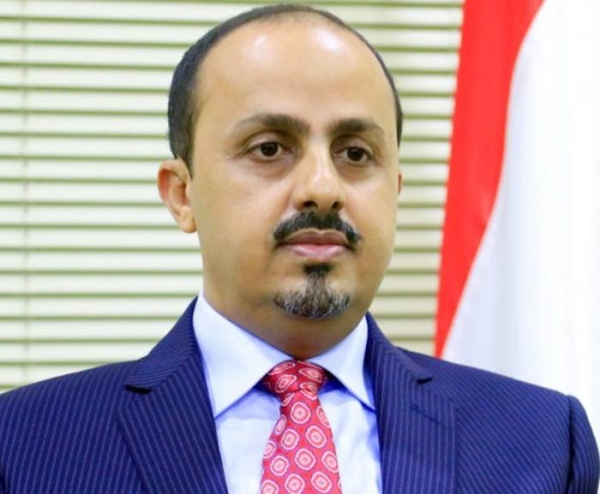 Yemeni Minister of Information, Culture and Tourism Moammar Al-Eryani held Iran-backed terrorist Houthi militia fully responsible for the safety of four Yemeni journalists it had abducted.
In a statement to the Yemeni News Agency (Saba), Al-Eryani said that the terrorist Houthi militia has forcibly taken away the four journalists, banned visits to them and transferred them to unknown detention.
Al-Eryani noted that information available shows that the Houthi militia transferred the journalists to solitary confinement and tortured them by hanging and beating with iron sticks and electric wires in sensitive organs, citing the deterioration of their health after the terrorist militia denied medication to them for diseases they contracted during their 6-year detention period.
He called on the international community, UN and US envoys, human rights organizations and organization of journalists protection and all journalists to condemn the abduction of the four journalists by the Houthi militia and their forcible disappearance, urging these institutions to mount pressure on militia leaders to release them immediately and unconditionally.