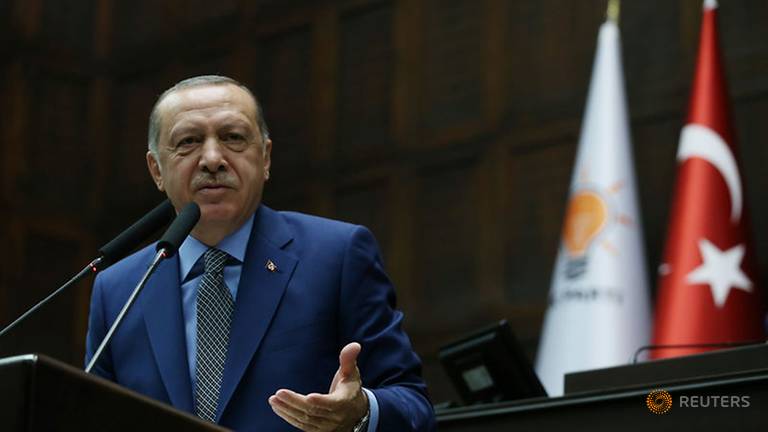 Turkish President Tayyip Erdogan said on Tuesday that U.S.-Kurdish joint patrols near the Turkish-Syrian border were unacceptable and he expected U.S. President Donald Trump to stop them.

Erdogan, set to meet Trump in Paris this weekend, told reporters he would discuss the patrols carried out by the United States and allied Kurdish Syrian Democratic Forces (SDF), which would cause "serious negative developments" along the border.

The patrols began in northern Syria last week with the aim of averting clashes between Turkey and Washington’s Kurdish allies, but Turkey pressed on with a new threatened offensive nearby to crush the Kurds.