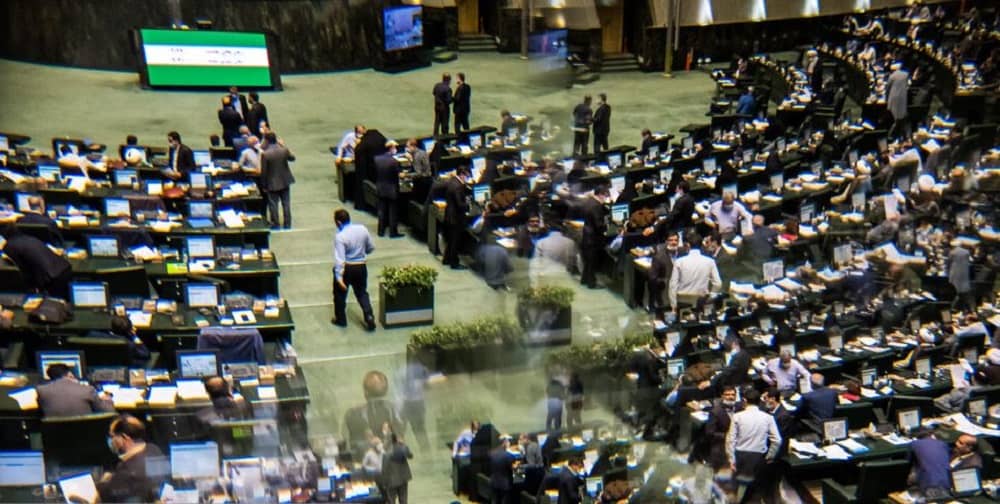 Plan to restrict the Internet by the Iranian parliament

On Wednesday, July 28, the Iranian parliament reviewed a plan called "Protection of users' rights in cyberspace and organizing social media." Citing Article 85 of the regime's constitution, the parliament instructed its cultural commission to discuss the issue further and avail its findings to the regime's Guardian Council.

In his Persian New year speech, Khamenei pointed out his desire to have a young Hezbollah government for the next government and remarked about the attributes of this new young government that he had in mind. In the same speech, he also pointed to the situation of the Internet in Iran. He said: "Unfortunately, despite all my recommendations and emphasis, our internet atmosphere is loose and uncontrolled…Our cyberspace must be managed. We should not allow our enemies to use our cyberspace against us. "(Khamenei website, April 1, 2021)

The "enemy" that Khamenei refers to is the MEK, the sworn enemy of the regime, which leads resistance units and insurgent youth inside Iran that have challenged Khamenei and his regime. In the act of desperation, Khamenei wants to control Iran's cyberspace at all costs.

"Yesterday, a letter was written to Iran's MPs by Morteza Agha Tehrani, the head of the Cultural Commission. In his letter, he claimed that the plan (limitations on cyberspace) was the result of the opinions and discussions of the executive apparatus and government institutions, asking them to vote for this plan and support it." (Donyaye Eghtesad site, July 28, 2021)

Sadegh Sattarifard, an expert at the Parliamentary Research Center, said of the plan: "In this plan, we announced that if foreign social networks are to operate, they should be licensed." Obtaining a license can only mean that the regime can somehow access the servers of Iranian users who communicate with each other. The Iranian regime had previously announced this desire to the Telegram and other messenger platforms, who rejected this request.

The current Minister of Communications of Iran referred to this controversial plan in his Telegram post. He said: "This plan most probably will result in more cyberspace limitations and will make the use of firewalls even more difficult." He thinks from whatever angle you look at this plan, it will result in less user access and more limitations.

This plan increases the livelihood pressure on the people by creating two million unemployed and makes the flow of information and repression in Iran worse than it is. This plan will make more sections of the society more unemployed and more impoverished. It will undoubtedly lead to increasing strikes, protests, and riots. Meanwhile, Iranian society remains like a barrel of gunpowder.

According to a media outlet close to the regime, there is no doubt that the Iranian parliament's insistence on approving and implementing this plan will increase the vulnerability of the society and will be costly for the regime, both socially and economically. Especially since the majority of the users are young people, in other words, it may bring the intolerance level of the people to a new height and causes massive revolts and social uprisings.

Several members of parliament also warned about the plan to restrict the Internet out of fear of the consequences. Saeedi, a member of the regime's parliament, said: "While the parliament does not hold an informal session on problems such as water shortages for Khuzestan province and the issue of the corona vaccine, it did hold meetings to discuss the cyberspace limitation plan. Today was not a good day for the parliament. It was a historical defeat."

Reacting to the parliament's plan, Minister of Guidance Seyed Abbas Salehi wrote about this plan on his Twitter page: "Bipolar society is the road to death; unfortunately, new polarizations are born in Iran.

However, Khamenei has one concern: to curb the people's uprisings, the uprisings that have been happening in the past few weeks in Khuzestan and other cities and provinces. Khamenei is trying to curb social upheaval by intensifying repression and censorship. Installing his new President, Raisi, one of his most loyal people, was just for the purpose. It is said that the implementation of this plan will become the IRGC and its cyber battalions' responsibilities.

At the same time, Khamenei intends to cut off the MEK's communications with the resistance units during the uprisings in Iran. The ultimate goal is to block messengers and social media platforms such as Instagram and WhatsApp, which are widely used in Iran, especially during uprisings and social unrests. These social media are used for passing along news and information. In the Khuzestan uprising, the Internet became very weak from the first day and was completely cut off after a few days.

Jahanabadi, a member of the Security Committee of the regime's parliament, said: "With the implementation of this plan, we will see strange chaos and disorder in our relationship with the world and the relationship between the people. Could they block the Telegram messaging platform? Could they get rid of all satellite dishes? This approach has not even been successful in North Korea or some Latin American countries."