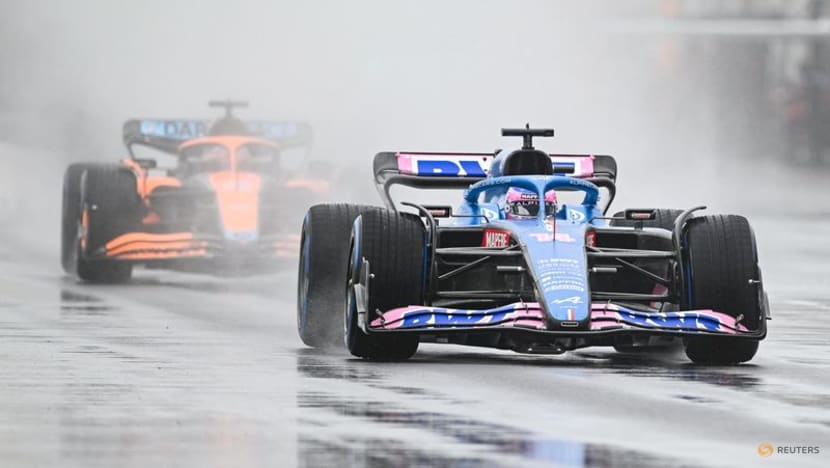 Alonso back up front after a decade behind

Only four current Formula One drivers were around last time Fernando Alonso started a race on the front row but, a decade on, the double-world champion was back with a bang on Saturday.

The Spaniard's Alpine team mate Esteban Ocon was still far from Formula One when Alonso, now nearly 41, made his last appearance at the sharp end with pole for Ferrari at the 2012 German Grand Prix.

The only other drivers in that race still competing are seven-time world champion Lewis Hamilton, Sergio Perez, Daniel Ricciardo and Sebastien Vettel.

A generation who grew up hearing what Alonso was capable of saw him roll back the years at the Circuit Gilles Villeneuve where he won in 2006.

The hard-charging Spaniard has not forgotten what to do - attack.

While Alonso flashed plenty of bravado he was also realistic that his chances of coming away with victory on Sunday were slim.

His superb qualifying effort came on a rainy windswept afternoon while the race is expected to take place in dry conditions that will favour top teams Red Bull and Ferrari.

"I am not sure about out possibilities tomorrow, I would say realistically top five is what we should fight for," said Alonso, whose best results this season are a pair of seventh place finishes at Monaco and Azerbaijan.

"We know our expectations...I think the top four places are locked. So fifth is like a win for us and that is probably the spot we should take.

"To think about wins is fairly unrealistic."

If Alonso has one big advantage it is experience of the tricky island circuit that has not hosted a race since 2019 due to the COVID-19 pandemic.

"There is kerb riding here and it is quite bumpy, (these) are things you know after many, many years," said Alonso. "I've been racing here 16, 17 years and I always said age and experience is always a help."