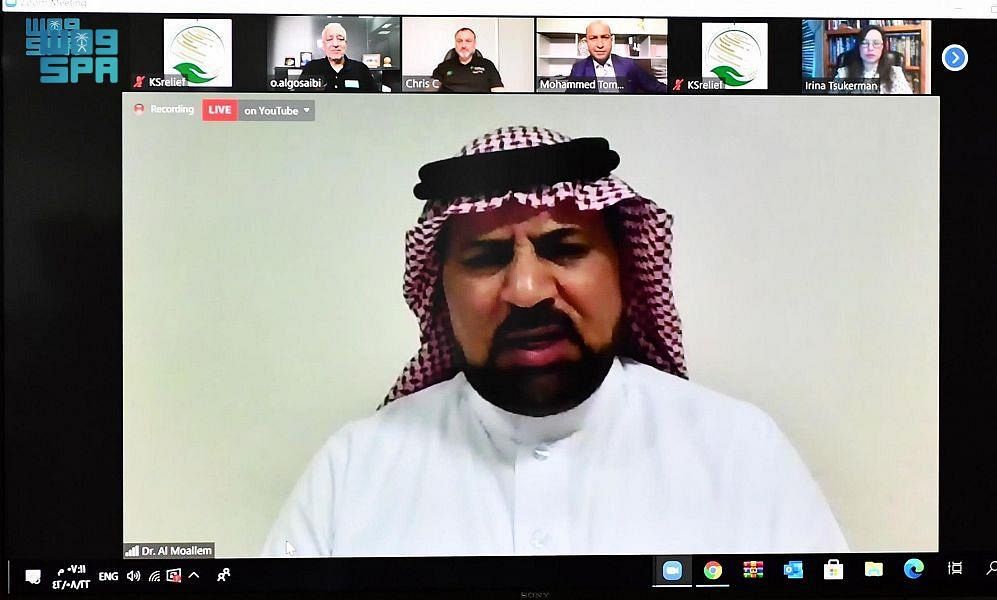 King Salman Humanitarian Aid and Relief Center (KSrelief) organized a virtual seminar on Sunday in Riyadh entitled (Introducing the danger of Mines and the role of Masam project in Yemen).

"Masam project was launched in mid-2018 and continued for six months operating in the liberated areas in Yemen," Masam’s Director Osama Al-Qusaibi said, adding that 32 mine clearance teams are working in the project, with 450 workers located in Yemen and 30 others working from outside Yemen for logistical support. Al-Qusaibi indicated that the teams work according to the "hunt down mines" concept due to the lack of maps showing the locations of these mines.

For his part, Dr. Abdullah Al-Muallem said that the Iranian-backed Houthi militia planted more than 2 million mines in various Yemeni regions, indicating that the vulnerable groups, namely children, women, and the elderly are the most subjected segment to injury, especially children who are not aware of how dangerous the mines are. He added that the Houthi militia uses children to plant mines in a clear violation of international laws that prohibit children from being involved in armed conflicts.

Al-Muallem added that KSrelief has designed several projects to help the victims of the mines, including the establishment of four prosthetics centers in the cities of Taiz, Seiyun, Aden, and Marib, as these centers have installed 2,500 high-quality prosthetic limbs, noting that expansion is underway to establish other prosthetics centers. He added that the center is implementing psychological and physical rehabilitation programs for the victims, indicating that the total cost of the Masam project has amounted to more than $100 million.

Meanwhile, Al-Aqili reiterated that the mine problem in Yemen is one of the biggest humanitarian catastrophes caused by the Houthi coup against Yemeni legitimacy, adding that the militia is still planting mines in Yemeni lands in an arbitrary manner. He added that the mine cleaning teams have to deal with other challenges such as the challenge posed by the change in the climatic conditions which causes relocation of the mines by tens of kilometers. Al-Aqili extended his sincere thanks to the Kingdom of Saudi Arabia especially KSrelief for its role in supporting and treating the victims and providing them with prosthetic limbs

For her part, human rights and national security lawyer Irina Tsukerman, held Iran responsible for the Houthi crimes against the Yemenis, stressing that the militias are planting large numbers of mines in various regions of Yemen through Iranian funding. She urged the media to shed more light on this issue and highlight the efforts of the Masam team in mine clearance and the risks they face while doing their job.