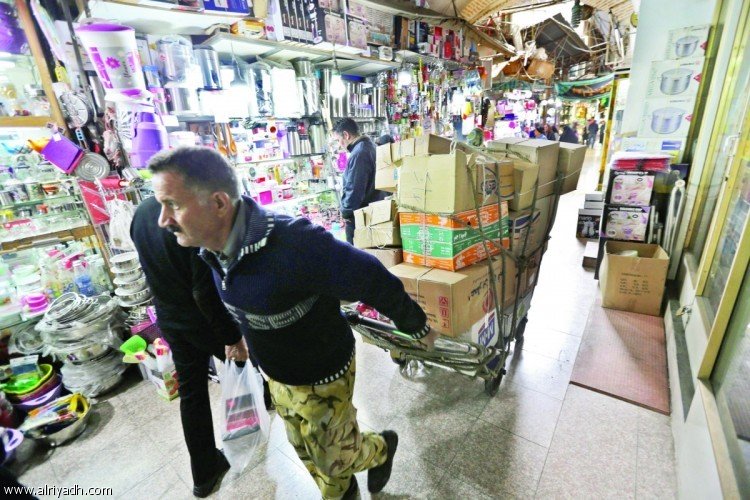 The mullahs' state, through its terrorist and subversive activities in the region, has deprived itself and the Iranian people of annual revenues of $ 300 billion, and caused a GDP decline of more than 5% due to sanctions imposed on it and its oil sales launched yesterday by the United States.
In previous monitoring by "Riyadh", the Iranian oil file was characterized with a myriad of instability cases over the past years. Its sales were banned during the period from 2012 - 2015, as the Iranian oil sale before the ban in 2012 reached 2.5 million barrels per day, including 1.9 million barrels per day for Asian markets,
and 600,000 barrels per day going to the European continent, but they declined to 1.4 million barrels per day after the ban. Asia became the main destination, as sales highly recovered after lifting the ban in January 2016 and production increased to 4 million barrels per day going as sales to Europe and Asia. The sanctions imposed on Iran in 2012 have significantly reduced the Iranian oil exports after the suspension of cargo insurance and disruption of the tanker fleet movement. Moreover, other tankers were prevented from loading in the Iranian ports. International estimates indicate fall in the Iranian crude oil exports from an average of 2.6 million barrels per day in April 2018 to 1.5 million barrels per day in September, at a decrease of 1.1 million barrels per day.
However, oil price indices up to this very moment have not reflected the reality of unjustified fears characterized by the high exaggerated effects of the Iranian oil's exit from the markets, a matter which indicates Iran's actual dependence on the fundamentals of oil markets away from the concerns that have been marketed by several media.
On reading the oil markets, the analysts' opinions have come inconclusive and suffering from a foggy vision in September last year which saw a number of disagreements about the amount of reduction in the oil markets at the time, coinciding with high exaggerations in showing the effects of sanctions imposed by the United States on Iran and repercussions on the world oil markets. Still, "Riyadh" has reported some of the readings of oil experts and their expectations for the fourth quarter of this year, indicating growth in demand for oil, and that the decline in prices would be limited, especially as this period is experiencing a quarterly decline in the demand for oil. Additionally, last September saw a lot of confirmations by major oil producing countries. At that time, Minister of Energy, Industry and Mineral Resources, Eng. Khalid Al-Faleh said: "The Kingdom has an excess productive  capacity of 1.5 million barrels per day and will be sufficient to make up any shortfall that may occur in markets. OPEC members have pumped enough supplies to make up Iran's shortfall. Markets look balanced and supply is sufficient." Last October saw many international market guarantees, including the statements made by director of the International Energy Agency, who urged producers to allay fears about oil supplies. Various assurances came successive by the oil producers, as the Kingdom has confirmed its full readiness to add two barrels of oil for each barrel of Iranian oil that comes out of the world markets.